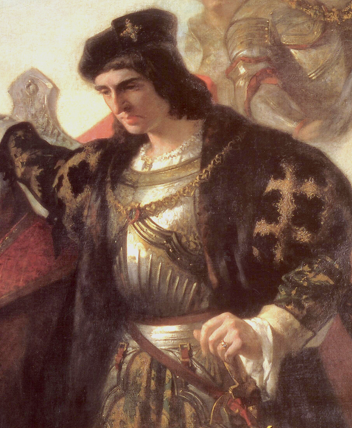 It would not be an exaggeration to say that Gonzalo de Cordoba may be the most honored and widely respected name in the military history of Spain. Although other, later Spanish commanders conquered on a continental scale, it was from Gonzalo de Cordoba that they learned their trade and from whom they drew inspiration. In many ways the story of the Spanish army begins with him, the man known in Spain as “the Great Captain” and it is fully deserved that amongst military historians he is still considered one of the greatest and most influential battlefield commanders in the history of the world. Gonzalo Fernandez de Cordoba, Duke of Terranova and Santangelo, Andria, Montalto and Sessa was born on September 1, 1453 in Montilla, Cordoba to Pedro Fernandez de Cordoba, Count of Aguilar and his wife Elvira de Herrera. A second son, he and his elder brother Alonso lost their parents at an early age and for Gonzalo, as a second son, his career path was generally seen as being limited to the Church or the army and, to the good fortune of Spain, he chose the army. As a teenager he was a page at the royal court attached to Prince Alfonso of the Asturias, half-brother of King Enrique IV of Castile. After Prince Alfonso died in 1468 Cordoba gave his first loyalty to the Prince’s sister Isabella of Castile. 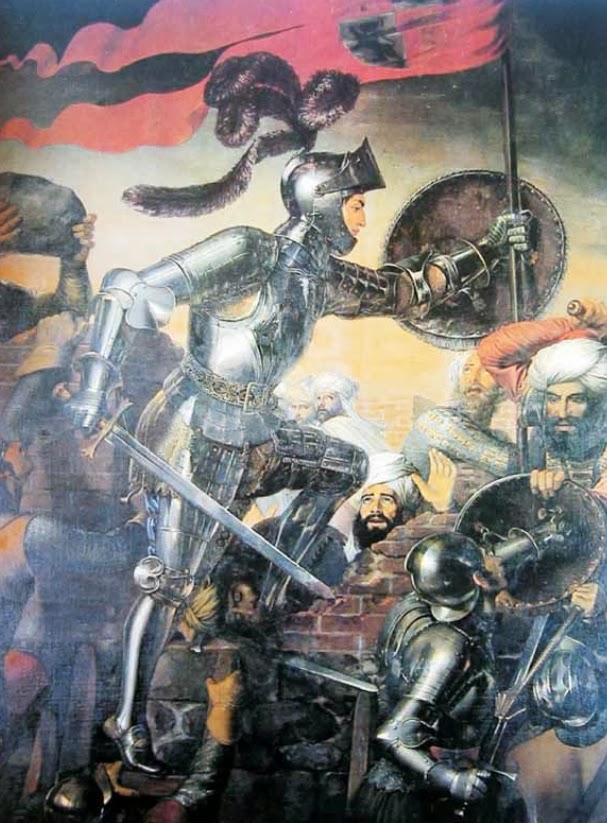 Even at a very young age he participated in battles against the Moors as the Spanish war of reconquest was still raging. From 1482 to 1492 he served as a junior commander in the last stage of this longest war in history, sometimes alongside his sovereign lady Queen Isabella of Castile. He learned the art of war from the ground up by first-hand experience. He learned early on what worked and what did not, what things needed to change and how far courage and determination could take an army. By 1492 the 800-year long struggle to liberate Spain from Muslim rule was finally accomplished and Cordoba became known as a great soldier, at least in the limited scope of his duties at the time. He displayed great bravery and learned about siege warfare, tactics and engineering. At the siege of Montefrio he personally led an attack over the Moorish walls using scaling ladders. Spain was liberated and since the marriage of King Fernando of Aragon and Queen Isabella of Castile was at last united, at least personally if not fully politically. That same year Columbus was sent on his famous voyage to search for a western route to India but Castile and Aragon still had interests and responsibilities in other areas. One of these was Italy and for some time Spanish, French and occasionally German forces had been fighting for domination of the Italian peninsula in a series of conflicts known as The Italian Wars. 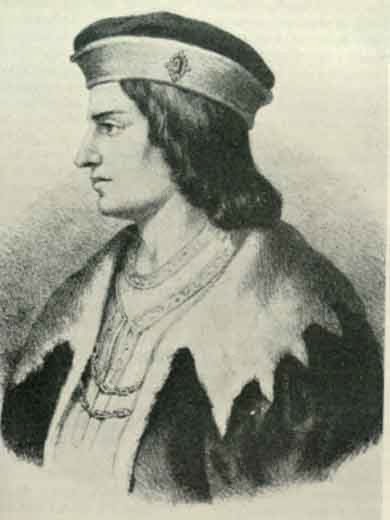 Although usually dated as lasting from roughly 1494 to 1559, the basic situation came about much earlier and in some ways would last until the unification of Italy in the XIX Century. Spanish royals were still ruling southern Italy at that time and it was no different in the XV Century. King Charles VIII of France had invaded the south and forced out the King of Naples, Alfonso II who was Spanish, his father Fernando I being the son of King Alfonso V of Aragon by one of his mistresses. The Republic of Venice, the Spanish kingdoms and the Germans decided to join together to stop the French conquest of Italy. Queen Isabella of Castile called upon her trusted soldier Cordoba and ordered him to take an army of 2,100 Spanish troops to aid the fallen Spanish King of Naples against the French. Unfortunately for Spain, by this time the French were veterans, having fought their way down the Italian peninsula to Naples whereas the hastily assembled army Cordoba had was ill-trained and inexperienced. Moreover, the Spanish and Italian forces proved unable to coordinate well and Cordoba was defeated by the French at the battle of Seminara on June 21, 1495; a disastrous and humiliating affair without doubt. However, Cordoba did not dwell on it but withdrew his army and took measures to make sure such a thing did not happen again. 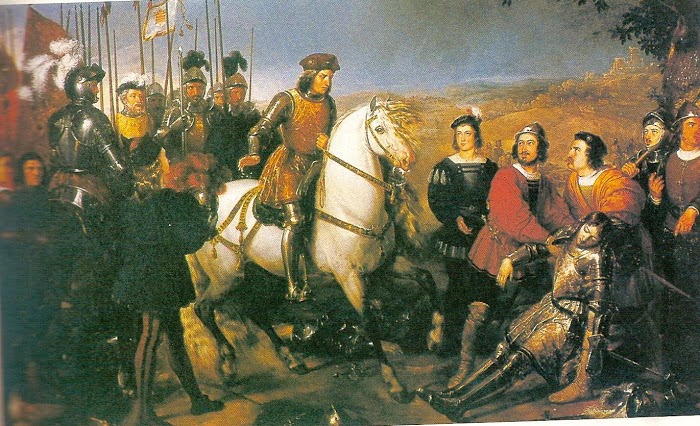 Cordoba began to rigorously train his army and in quick order had made them a well organized and highly disciplined fighting force. Because their numbers were too few to have any chance against the French in a formal battle, Cordoba adapted to the situation and waged a guerilla war, harassing the French supply lines while avoiding their main armies. The strategy worked perfectly and as time went on the French grew steadily weaker and the Spanish steadily stronger. More risks could be taken, bigger prizes could be targeted and before a year had passed the French commander had been captured. By 1498 the brilliant tactics of Gonzalo de Cordoba had driven the French completely out of southern Italy and King Fernando II of Naples was able to assume the throne shortly before his death. Perhaps most incredibly of all, Cordoba had won all of this without fighting a single major battle. His fame grew rapidly as the man who had won back an entire kingdom while only fighting one traditional battle and that one being a loss. To many, he seemed like a miracle worker. Of course, skill, talent and tenacity played a large part and, as usual, Cordoba learned the lessons experience taught him and when he returned to Spain after the campaign was over, he set to work quickly reorganizing the Spanish army based on his own lessons in warfare. 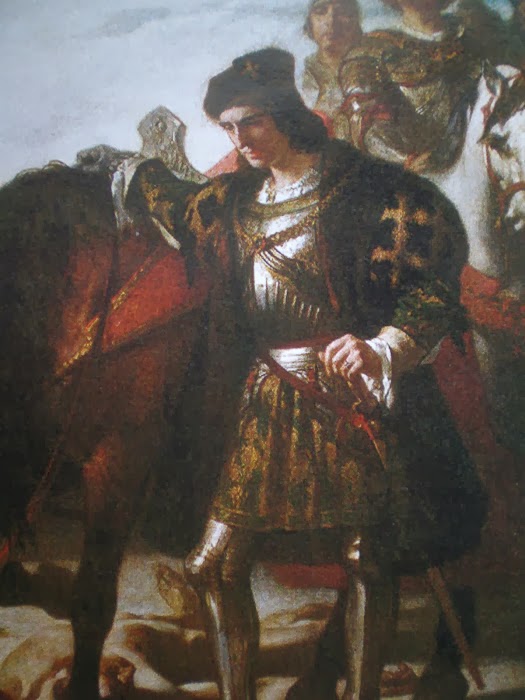 Cordoba began arming the infantry with arquebuses (heavy, matchlock firearms) so that the troops would be divided into two supporting groups; the harquebusiers to blast holes in the enemy lines and the assault troops to make the attack with swords and pikes and more traditional weapons. He trained his forces in effective coordination between the infantry, cavalry and artillery and organized the army into separate maneuver forces that could be directed by the commander rather than simply throwing a large mob of armed men against each other as had previously been the case in most European battles since the fall of Rome. In time, this foundation would be built upon until the Spanish became masters of pike and musket warfare and would dominate the battlefields of Europe in the years ahead. Cordoba himself, however, first had to prove the benefits of his new ideas and the opportunity came with another French offensive in Italy. Once again, in 1503, Cordoba was dispatched to Italy and on April 28 he met the French near the Cerignola at a hillside vineyard. Cordoba instructed his 6,000 men to dig a defensive trench and this was barely accomplished when the 10,000-strong French army made their attack. Wave after wave of French troops charged the Spanish trench only to be blasted apart by the harquebusiers. The few who managed to reach the trench were quickly impaled on Spanish pikes. The French recoiled and launched a second attack but the results were exactly the same. Cordoba had just fought and won the first battle decided by the use of firearms and in doing so changed the art of war forever. 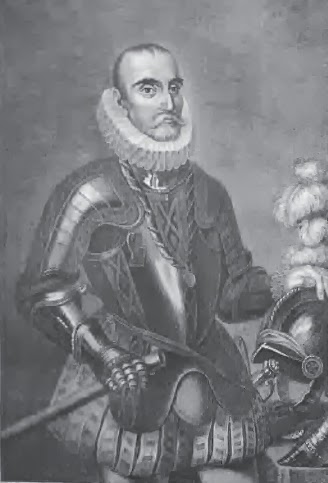 Sometimes, certain men and events are so pivotal in history that they are taken for granted. Cordoba, who was sometimes called the “Father of Trench Warfare” because of that battle, set a new standard for fighting that was so influential we can see the same basic concept still being played out as recently as the First World War. For Cordoba, however, it was just a part of his duty to his monarch and his country and continued on, following up his victory by occupying Naples and forcing the French to fall back to the Garigliano River. With the French on one side and the Spanish on the other a stalemate ensued but Cordoba eventually came up with another innovative plan. On the night of December 29, 1503 he brought up a pontoon bridge by section, carefully put it across the river and, as quietly as possible, moved his troops over it. By training his subordinate commanders carefully, everything was well coordinated and Cordoba proved his new methods worked as well in the attack as they did in defense. The French were taken completely by surprise and crushed in the furious Spanish attack. In January of 1504, Cordoba and his Spanish troops captured Gaeta and the French could no longer continue the war. France soon signed a peace treaty and surrendered their claim to Naples. 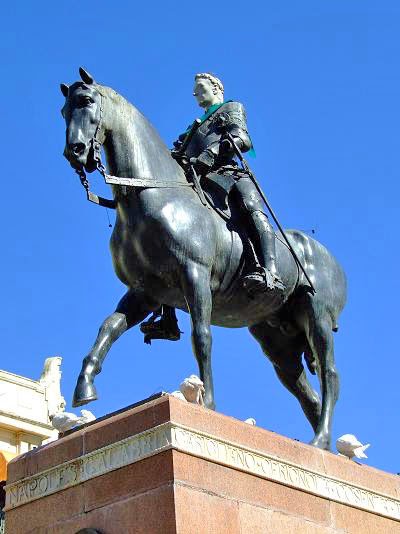 Although he was briefly made Viceroy of Naples, Cordoba had fought his last battle and his military career was at an end. Politics and his own success worked against him. His beloved sovereign lady, Queen Isabella of Castile had died and King Fernando II of Aragon was wary of Cordoba and his popularity. At the time, no one knew if the unity of Spain would last and King Fernando did not want anyone in Castile getting any ideas that Naples and Sicily were anything but the domain of Aragon. He recalled Cordoba who retired with his family to Granada. To his credit, Cordoba took it all with grace, remaining steadfastly loyal to King Fernando, obeying every order and never voicing complaint. Although given plenty of titles in congratulations, he was never again given an active military command. The Great Captain died of malaria which he had contracted during his service in Italy at the age of 62 on December 1, 1515. Still, his military innovation had changed the art of war forever and his victories inspired Spanish forces for generations. One of his subordinates was the father of Francisco Pizarro who would conquer Peru and most of the great Spanish conquistadores looked to the Great Captain as their hero. For many years to come the armies of Spain would win victories from Holland to Italy to Germany and Bohemia with the musket and pike combination that originated with Cordoba. A brilliant soldier and a loyal subject of his monarch, Cordoba fully deserves his reputation as a great Spanish hero and one of the most influential figures in military history.
Posted by MadMonarchist at 12:07 AM