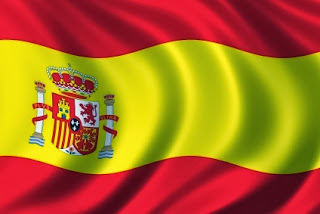 No doubt, the biggest royal news this week comes from the Kingdom of Spain with the major headline being HRH Infanta Cristina being declared a suspect and being subpoenaed for tax evasion and money-laundering on Tuesday. This is the first time a direct relative of HM King Juan Carlos of Spain has been so treated by the court. This drama has been playing out for most of the last year so it may be helpful to give a general review of just what is going on in the Land of the Setting Sun. It has certainly been a difficult time for the Spanish Royal Family to say the least of it with polls showing a majority of Spaniards now in favor of the King abdicating and support for the monarchy dropping to below 50%. What we have here is a legal case against one member of the Royal Family (by marriage) which coincided with some very bad press for the King and so was seized upon by many with their own agendas to use the monarchy as their own whipping boy. The Infanta was brought into the case, this time, not by the government but by a third party group with their own case, a group known for launching legal cases simply to gain publicity. Here is the rundown on what has been happening in Spain, just for a refresher:

The first accusations came in 2011 when Inaki Urdangarin y Liebaert, Duke of Palma de Mallorca, retired Olympic handball player and husband of HRH Infanta Cristina (youngest daughter of TM King Juan Carlos and Queen Sofia) was alleged to have lined his own pockets with public funds through the Noos institute which was followed by an investigation by the Spanish Anticorruption bureau. Specifically, the accusations were that he had persuaded Spanish officials to sign contracts with his company, the Noos Institute, for work that was never done and which was highly overvalued, paid for from Public Administrations. By the end of the year the Anticorruption Nureau claimed that the Duke was sending money to tax havens in the United Kingdom and British Honduras. That same year the Duke was suspended by the King from all official royal functions and the King stated that justice would be applied equally to everyone with the Palace content to let the investigation run its course. In 2012 the Duke was formally brought before a judge to answer charges of corruption by the state prosecutor, the Duke being one of 14 others being investigated for what amounts to embezzlement.

It should be noted here that the case against the Duke has yet to be concluded, he has not been found guilty of any criminal wrongdoing. At first, the focus (legal focus anyway) was on him and not on HRH the Infanta or any other members of the Spanish Royal Family. However, as 2013 rolled around, the Spanish monarchy became the focus of a great deal of bad press. Negative portrayals of the King in the media were once unheard of but after a privately-funded hunting trip to Africa the King was seized upon as a convenient distraction for the bad decisions of those in the government dealing with the economic crisis. Naturally, anti-monarchy groups were quick to pile on and there seemed to emerge an obsession with somehow linking the case against the Duke with the rest of the Royal Family. In April of 2013 the presiding judge named HRH Infanta Cristina as a suspect and the following day the anti-corruption prosecutor announced he would appeal that decision. He did and it was overturned, having been found to be without merit. That was the government bringing the charge keep in mind and it was dismissed. What came about last week is something completely different. 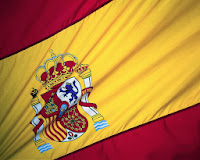 So, who is behind the charges against the Infanta this time? Regular readers might remember the Royal News Roundup from the sixteenth of last month reporting on the Infanta being sued by the publicity-seeking far-right group “Manos Limpias”. That is who is responsible for this and Miguel Roca, attorney for HRH Infanta Cristina, has said he will appeal the summons. Hopefully the result will be the same as the last time this was tried. It is the pressure group “Manos Limpias” that is accusing the Infanta of tax evasion and money-laundering and it should be noted that the government tax authorities have not brought any charges and the government prosecutor has said there is no case to answer. So, who is “Manos Limpias”? They are a registered trade union founded in 1995 as an anti-corruption pressure group by Spanish lawyer Miguel Bernad Remon, former Secretary General of the National Front (Spain) and formerly associated with the Fuerza Nueva party, one of a number of neo-Falangist groups using that same name. It has only 6,000 members and is most known for gaining publicity by launching legal cases against high profile targets. 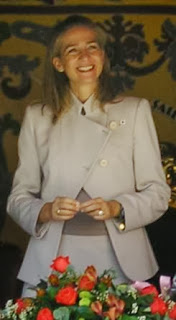 So far, to repeat, the case against the Duke has yet to be proven and nothing has been proven that the Infanta had anything to do with it. The alleged connection stems from the Infanta being on the board of Noos and being co-owner with her husband of the company Aizoon which some are now claiming was a front for laundering embezzled funds -all of which has yet to be proven. The Palace has said simply that they respect the justice system and that this investigation only proves that no one is above the law and they will wait for the final verdict to be handed down. That is all well and good but regardless of how the case turns out, whether or not the Duke or the Infanta are found guilty of any wrongdoing, it does not negate the fact that many have latched on to this unfortunate series of events with despicable glee and have been all too willing to use the troubles of the Royal Family to advance their own agenda, whether that is a group seeking publicity, politicians seeking a distraction and a scapegoat for their own incompetence in dealing with the financial crisis or those treasonous groups who are anxious for any opportunity to bring down the Spanish monarchy and proclaim a Third Spanish Republic. How quickly people seem to forget the horrors of the Second Spanish Republic or the stunning incompetence of the First or the brutality of the civil war that resulted from these failed regimes. Regardless of the decision of the court, all Spaniards should be grateful for the monarchy, for the safeguards it provides and for the invaluable service it has given over the many centuries of Spanish history.

Viva el Rey!
Arriba España!
Posted by MadMonarchist at 12:09 AM