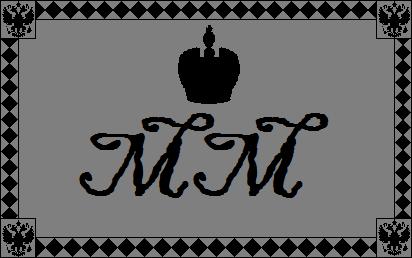 Beginning in the British Isles, it was a crowded Christmas at home for the Royal Family with HM the Queen’s annual message highlighting how Britain has changed over the years and the many milestones the country passed in the last year. As 2014 got started the Prince of Wales met patients and caregivers at Cotswold Care Hospice. The Duke of Cambridge is all set to start a special course in agriculture at Cambridge University but, shamefully, he is not being welcomed with entirely open arms. One of the university’s newspapers has been encouraging people to follow the Prince around and is promising to reward those who snap embarrassing photos of the future King with a free t-shirt. It is all the fault of the Marxist egalitarian crowd so prevalent on modern campuses with outrage being focused on accusations that the Prince is only coming to the university because of his royal status rather than any academic qualifications. Odd how the supposed champions of equality came come off as being more snobbish than the royal heir who has spent time living on the streets with the homeless and scrubbing toilets in Latin America. Rather shameful. Once upon a time, any university would have been thrilled to have a royal student and people were once proud of their loyalty to their Royal Family. What a way to start the new year. Some legal experts, however, are pointing out that this is a dangerous maneuver and could result in harassment charges. One would hope so.

In Scandinavia, Queen Margrethe II of Denmark gave a New Year message in which she talked about families getting together, Danes remembering their past and with all of the diversity of the modern Danish Realm, holding firm to those things that unite everyone. She pointed to the aid Danes gave Jewish refugees some seventy years ago as something everyone can be proud and as an example of how Denmark should never be slow to help friends and neighbors. In neighboring Norway, King Harald V spoke of love as the foundation for society, promoted more interaction between the young and old and spoke in praise of the Norwegian constitution. “Love is a place to fix my eyes, the Constitution is a place to stand” the King said. In Sweden, a new documentary looking back at 2013 highlights the new generation of royals and featured King Carl XVI Gustaf telling his daughter Crown Princess Victoria not to over-exert herself but to remember to take time to rest and have fun in her future role as Queen of Sweden.

On the continent, in his New Year message, HSH Prince Albert II of Monaco called for caution in dealing with the increased competitiveness and the new globalization he called an “inescapable reality”. Of course he had to mention his favorite obsession (environmentalism) and also said, “Our Principality is a haven of happiness in an often tormented world. We must appreciate this happiness at its true value by continuing to display solidarity towards all those facing conflict, poverty or natural disasters elsewhere in the world”. Princess Charlene also spoke, wishing everyone a happy new year. Elsewhere this week, news has emerged that, back in the 1980’s HM King Juan Carlos of Spain told the British ambassador that he did not really want Gibraltar back for fear of the repercussions it was have for Spanish enclaves in North Africa. According to the ambassador, the King said of Spain, “If she recovered Gibraltar, King Hassan of Morocco would immediately activate his claim to Ceuta and Melilla”. Anglo-Spanish relations have, at times, become quite tense over the issue of Gibraltar and this revelation, while perhaps making Britons think more highly of the King of Spain is, I fear, also likely to be used by republican traitors in Spain itself to portray the King in a negative light when, of course, if this report is accurate, it merely shows the King being practical and dispassionate. And in Rome this week, in another move towards greater egalitarianism, Pope Francis abolished the title of monsignor in an effort to eradicate what he called “careerism” in the priesthood. The honorific title used to reward good service dates back to the reign of Pope Urban VIII. It was remarked upon on this occasion that in his previous role, Cardinal Bergoglio never recommended anyone for the title of monsignor and always preferred to be known as “Father” rather than “Your Grace”, “Your Excellency” or “Your Eminence” as he moved up the Church hierarchy.

Finally, on the Asian continent, Prince Khaled of Saudi Arabia announced this week a new reform of education in that kingdom, aimed at weeding out religious radicalism but did so while praising and pledging full cooperation for Haia, the Commission for the Promotion of Virtue and the Prevention of Vice (aka Mutaween). In another oil-rich monarchy, it was announced this week that American pop star Mariah Carey was paid one million pounds to sing three songs for the son of the Sultan of Brunei. Rather a steep performance fee but at least her taste in employers has improved from her past deals with the dictators of Angola and Libya. Also in Southeast Asia, one Raja Nor Jan, a rather notorious royal pretender, has somehow managed to obtain recognition from the International Court of Justice in The Hague for his claim to the Sultanate of Malacca (for whatever that is worth), the Malay empire that fell to the Portuguese in the Sixteenth Century. In the Kingdom of Thailand the revered King Bhumibol Adulyadej the Great gave his new year message in which he urged his people to “think of the common good and Thai values in whatever you do”. The Prime Minister urged peace and calm but public demonstrations began again soon in the new year by anti-government (but pro-King and country) forces. And, in the Land of the Rising Sun, HM the Emperor gave a new year’s message that combined well wishes with practical advice. Along with remembering the victims of natural disasters and encouraging personal cooperation among all people, HM the Emperor also advised people to be careful in cleaning the snow from their roofs and of course assuring everyone of his continued prayers for the people and country.
Posted by MadMonarchist at 12:16 AM