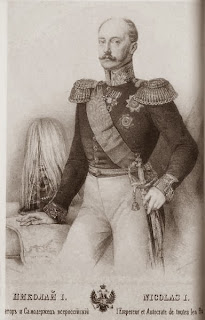 Emperor Peter III: There is no doubt that Tsar Peter III is one of those emperors you are not supposed to like, however, I think a great deal of injustice has been done to the man. Most of the worst things said about him were said by those who were trying to justify their betrayal and that should be kept in mind. Forced into a marriage he did not want by his aunt Elizabeth it was never a happy union. His wife, Catherine, wanted nothing to do with him, did not like his fondness for the military and he probably didn’t like her fondness for adultery. He ended the war with Prussia and even made an alliance with Prussia which has often been attacked since but which there was not much opposition to at the time and which was continued after his death. What did annoy many Russian elites was his determination to fight for Holstein-Gottorp his paternal duchy in a war against Denmark. The immense early praise he had been given for freeing the nobility from compulsory service and restoring their freedom to travel abroad was forgotten. He broke the trade monopoly held by the aristocracy and insisted that nothing should be imported that Russia could produce herself. He made it illegal for lords to kill peasants, granted freedom of religion (very controversial), made trials public and abolished the secret police. Yet, even with all of that, it was his determination to go to war with Denmark that proved the final straw and he was overthrown in a coup arranged by his wife Catherine and later murdered in 1762. He was not ideal, few are, but I do not believe he was anywhere near as terrible as his murderers claimed him to be.

Empress Catherine II: It is not surprising that Catherine II has gone down in history as Catherine the Great, at least if one considers that the greatness attributed to her was that achieved by Russia and was not based on her own merits. It is hard for me to hold too favorable an opinion of Catherine the Great who was at the very least highly complicit in the regicide of a reigning monarch. In a way, I often think of Catherine the Great in much the same way as Queen Elizabeth I of England. Both were involved in the death of a monarch (in the case of Catherine, her own husband which is worse) and both had tastes and policies not to my liking. However, both were also masters of “image” and there is no doubt that the image of Russia under Empress Catherine II was one of grandeur, power and just overall ‘greatness’. There were improvements made in public health, promotion of trade and an expansion of the Russian Empire. Her private life was not quite so scandalous as most think but she still had quite a few “favorites” in her time (at least 12) but she was usually charming and few visitors were not impressed by her. She encouraged education and established elected councils for local government. Although praised and adored by the “Enlightenment” types, Catherine was very concerned about keeping Jacobinism out of Russia while at the same time being reluctant to go to war with France even after the monarchy was brought down. She died in 1796, a far from ideal figure in my view but there is no doubt that her reign was seen as a glorious one for Russia.

Emperor Paul: The popular perception of Tsar Paul remains a generally negative one. He is seen as being harsh, militaristic and erratic, often referred to as the “mad Tsar”. Perhaps not surprisingly, in spite of all this I have a soft spot for the man. It is true that he was short tempered and obstinate but often his virtues are twisted into vices. He was unbending in his principles, his loyalty and his faith -so he is called obstinate. Yet, when situations changed and he had to alter his policies he was celled erratic. One of the most impressive things about him was his ability to recognize his own faults and to then take steps to minimize them as much as possible. He improved the army and tried to centralize the government in order to reduce costs. He enacted laws to make life better for the serfs and was properly zealous in his efforts to stop the spread of revolutionary materials in Russia. He was a very monarchist monarch who believed firmly in monarchy and legitimate authority. It was his frustration with the Austrians and particularly the British over their intention of keeping lands after the French had been driven out rather than restoring their previous governments (along with his fascination with the Knights of Malta) that led him to change his foreign policy and even contemplate an offensive against the British in India. It never happened though as he was murdered in 1801.

Emperor Alexander I: As with Catherine the Great, Tsar Alexander starts out in a bad place in my book because of his complicity or at least knowledge of the plot against his father. However, he knew nothing of how far it ended up going (though he should have) and was horrified and guilt-ridden when he learned of the regicide. His was to be a liberal reign, reversing the supposedly repressive policies of Paul. However, once he was secure on the throne he had the conspirators removed from power. He made peace with the powers of Europe, annexed Georgia and expanded Russian rule in the Caucasus and over Kazakhstan. Another clash with France brought defeat but, even after an invasion that left Moscow in flames, it was Emperor Alexander who emerged victorious. The reforms he enacted in education and government were well motivated but did not accomplish a great deal. His private life was not always pristine but his faith was sincere and he was firmly committed to monarchial solidarity to prevent future revolutions which is all to his credit. He made Russia the dominant military power in Europe and he gained Bessarabia, Poland and Finland in the end. Happily, he became more traditional over the years, more firm in upholding imperial power and the Orthodox Church. On the whole; one of the good ones and his reputation became so great he was known as Alexander the Blessed.

Emperor Nicholas I: When it comes to monarchs, the man known as the “Iron Tsar” would be pretty tough to beat in my book. He is one of my all-time favorites. Contrary to the way he is often portrayed, he was not a man ambitious for power and actually cried when first told that his elder brother did not want to be Tsar. This is because he understood the awesome responsibility of being emperor and he accepted it as a sacred duty. Orthodoxy, autocracy and nationality were the watchwords of his reign and Nicholas I embodied the Romanov emperors at their best; strong, devoted to his family, faithful to God, firm and resolute when he needed to be, ever alert to danger and committed to Russian greatness. He did finally take a mistress but it was under circumstances that make it much easier to forgive him for it than others. He was no warmonger (seeing war as a risk of revolution) but he did not shirk from it if he thought it in the national interest. It may surprise some to know that he considered serfdom an evil but that it would be unfair and damaging to the country to simply abolish it all at once on his own authority. He was absolutely intolerant of subversion and anything that hinted of revolution which is to his credit. He also understood that such threats beyond the Russian borders could affect his country too and it was toward that end that he rode to the rescue of the Emperor of Austria when Hungary rose in rebellion. For that he became known as the “Gendarme of Europe”. Nicholas I was a monarchist monarch if ever there was one. His first war with Turkey won territory in the Caucasus and greater freedom for some Orthodox areas in the Balkans but his second was not successful with Britain and France also arrayed against him and he died before it was finished. Finally, his policies that have been labeled “Russification” have been criticized by many as encouraging pan-Slavism that became dangerous. Even if that is true, it was certainly unintentional. Despite his reputation, Nicholas I was not a cruel man but he had a clear picture of what Russia was supposed to be: Russian and Orthodox. His view of Russia was a view all monarchs should have toward their charges; a unique culture entrusted to him to protect from all harm.

To be concluded in Part IV...
Posted by MadMonarchist at 12:07 AM