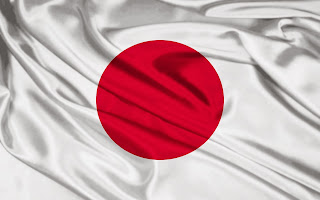 Not many people are probably aware of the fact that World War II in the Pacific is not really “over” yet. That is because there has never been an official peace treaty, ending the war between Japan and Russia. Why is that, you may ask? The answer is because of some more disputed islands, this time in the North Pacific, known as the south Kuril Islands in Russia and the Northern Territories in Japan. These are a few, small, rather insignificant islands which are controlled by Russia but claimed by Japan. As with most territorial disputes involving Japan and her, oh-so-courageous, republican neighbors, it only came about after the Japanese defeat in World War II, after Japan enacted a constitution that forbid warfare as a means of settling disputes. How convenient. To understand this problem though, we need to go back to the beginning. Today the disputed islands are Etorofu, Kunashiri, Shikotan and the Habomai Islands, keep those names in mind. 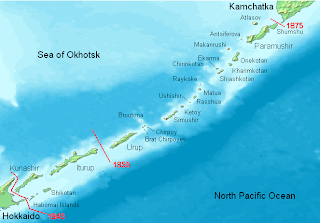 The northern islands between Japan and Russia had been a source of confusion and dispute even before the two countries had any diplomatic relations with each other. When the two countries did finally sign a treaty, in 1855, the Treaty of Shimoda, it specified that the border between the Empires of Russia and Japan would run between the islands of Etorofu and Uruppu. So the island of Etorofu and everything south belonged to Japan and Uruppu and everything north belonged to the Kuril Islands of Russia. The islands of Kunashiri, Shikotan and the Habomai Islands, all south of Etorofu, were all recognized as belonging to the Empire of Japan and, in fact, their status was never even in dispute. The bigger issue had always been the larger island of Sakhalin which was inhabited by both Russian and Japanese nationals. To keep the peace, both countries agreed to share Sakhalin. This, however, proved impossible and so in the 1875 Treaty of St Petersburg the Japanese gave all Sakhalin to Russia completely in exchange for which the Russians gave up all of the Kuril Islands to Japan. Later, after the Russo-Japanese War, the peace treaty gave the southern half of Sakhalin back to Japan but nothing else changed.

Later, in 1941, the Empire of Japan and the Soviet Union signed a non-aggression pact in which both promised to respect the territorial borders of the other and to take no part in any conflict that involved Japan or the Soviet Union with a third power. It was signed in April of 1941 and was stipulated to be valid for five years, so it would not have expired until April of 1946. The Empire of Japan was scrupulously faithful to this agreement and this is why, for example, when her fellow Axis partners Germany and Italy invaded the Soviet Union only a couple of months later, Japan took no part. The only mistake Japan made was in assuming that communists ever keep their word or honor their agreements. In spite of the non-aggression pact, the Soviet Union agreed with Britain and America to go to war with Japan after Germany was defeated in Europe. Of course, because communists are as cowardly as they are untrustworthy, the Soviet dictator Joseph Stalin waited until after the war had already effectively been won and after America had dropped one atomic bomb on Japan and one day before they dropped the second, to suddenly stab the Japanese in the back and invade the pro-Japanese Empire of Manchukuo. They grabbed everything of military or industrial value, looting basically the entire infrastructure set up by Japan before going on to loot, rape and murder the Manchu populace. Three days after Japan surrendered to the Allies, Soviet forces also moved in to invade and occupy the Kuril Islands. 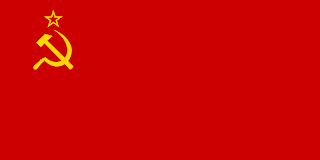 Now, it is important to remember that when the Allies were dividing up the spoils, so to speak, to be gained from a defeated Japan that these islands were not included. The drive to gain territory at the expense of Japan was mostly driven by the Republic of China which was eager to take advantage of Japan losing World War II (mostly to the United States) to regain all territory lost in conflicts with Japan previously that had nothing to do with the Second World War. So, the Cairo Declaration of 1943 stated that, “Japan will also be expelled from all other territories which she has taken by violence and greed”. Now, keep in mind that the islands in dispute today and, in fact, one could say all of the Kuril Islands (which Japan does not claim) were not part of this since Russia recognized from their very first diplomatic agreement with Japan that these islands were Japanese territory and the rest of the Kuril Islands were not gained “by violence and greed” but by a peaceful agreement with Russia in exchange for the Japanese half of Sakhalin.

When the official treaty ending the war between Japan and the Allies was signed, the Treaty of San Francisco, the Soviet Union refused to sign on, in part because the treaty did not recognize the Soviet right to the islands they had occupied. In 1956 a Soviet-Japanese Joint Declaration was signed to end the state of war between these two countries prior to a permanent peace treaty, a peace treaty which has still not been agreed to. In the declaration the Soviets agreed to return the Habomai and Shikotan Islands to Japan to be carried out after a permanent peace treaty was signed but that has never happened. More might have been done at the time but the United States objected in 1956 and to this day Japan and Russia have not agreed on who should control which islands. Today Russia still claims that even the islands of Etorofu and Kunashiri are part of the Kurils and thus Russian territory in spite of the fact that, as mentioned at the beginning, the Russian Empire never claimed these islands and in their original treaty with Japan in 1855 recognized them as Japanese territory. The fact should also be reiterated that the entire Kuril island chain was not gained by Japan by violence but by peaceful territorial exchange and Japan does not claim all of these islands or the southern half of Sakhalin that was lost to the Soviets after World War II. All Japan claims is those islands which had been recognized as Japanese territory by Russia from the very beginning. 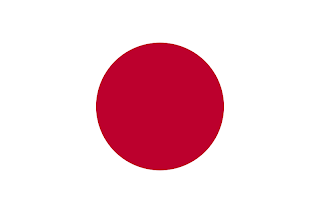 Unfortunately, in the years since, Russia has chose only to exacerbate the issue. When the Soviets first occupied the islands, they rounded up all the inhabitants, over 17,000 people, and deported them to Japan -what some people would call ethnic cleansing. Since the Putin-Medvedev regime in Russia started to take measures to befriend Communist China, tensions between Russia and Japan over the islands have increased. A visit by President Medvedev in 2010 provoked Japan to sever diplomatic relations with Russia and in 2011 Russia began militarizing the islands. In 2013, in an effort to salvage the situation, Japanese Prime Minister Shinzo Abe traveled to Moscow to meet with Russian President Vladimir Putin but, as yet, no agreement has been reached nor does the current situation inspire much cause for optimism as Russia has declared that a Japanese recognition of Russian sovereignty over the islands is a prerequisite to any negotiations on the matter and, of course, Russian sovereignty over the islands is exactly the matter in dispute to be negotiated over. So, Japan says, “they belong to us” and Russia says, “they belong to us” and when Japan says, “we seem to have a disagreement, let us discuss the issue”, Russia responds with, “we will discuss it if you agree first that they belong to us”. It is a completely ridiculous situation and seems all the more so coming from what is the largest country on earth, referring to these miniscule and practically valueless islands gained illegally by a violation of their word of honor as “an important region of our country”. It is an unjust violation of Japan for Russia to hold these islands and a shame that the Russia of today should defend the criminal behavior of the Soviet regime they succeeded.
Posted by MadMonarchist at 12:12 AM