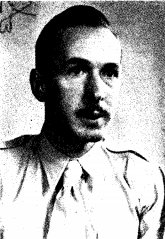 "Had as much effort been directed to strengthening Bao Dai as was employed in ruining him, and with him the monarchy, a strong Vietnam directed by a premier heading a broad-based popular government might have welded the disparate groups into a solid front against the Reds."
-Hilaire du Berrier

(Note: This is a monarchist quote, not a quote by a monarchist as I would not call Hilaire du Berrier a monarchist, however, he was certainly of the opinion that the monarchy was the right answer to the problems in Vietnam)