The Hapsburg and Ottoman Empires: Friends at the End 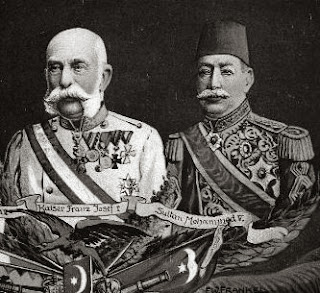 Throughout the history of Europe and the Middle East, two names which stand out are the Ottoman Empire and the “Hapsburg Empire” (Holy Roman Empire, Austrian Empire, Austria-Hungary in their turn). In many ways, the titanic struggle between these two forces determined the fate of Europe even as we know it today. There was a time when the Ottoman Empire was the superpower that sprawled across three continents, stretching from the borders of Persia, across the Middle East, North Africa and up into southern Europe. The Christian powers trembled at the advance of the Ottoman Turkish armies as they absorbed Greece, Bulgaria, Serbia, Romania, much of Hungary and into Austria itself. It often seemed that the only thing stopping the Turkish conquest of Europe was the armies of the Hapsburg emperors. In 1529, when the Ottoman Turks were at their peak of expansion in Europe, it was the armies of the Hapsburg Emperor Charles V that stopped them at Vienna. When they tried a naval attack on Italy it was another Hapsburg, Don John of Austria, who led the Christian fleet to victory at Lepanto and when the Ottoman Turks were about to crush the Knights of Malta it was the Spanish forces of the Hapsburg King Philip II who arrived to save the day. Yet, in the conflict that was to determine their ultimate fate, the Hapsburg and Ottoman Empires fought side by side. 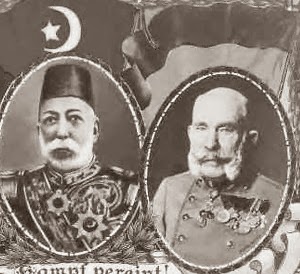 Politics can make for strange bedfellows but it was certainly a monumental twist on history to see troops of the Hapsburg Emperor fighting to defend the Ottoman Empire in Turkey itself and across the Middle East. The ancestors of the Dual Monarchy of Austria-Hungary had gained much of their military tradition fighting to defend themselves and Europe from the Ottoman Turks, yet, although it is little known today, in World War I they were fighting to defend the Ottoman Empire from the British and French (for the most part). Of course, this was not the only such reverse. After all, previously, France and Britain had fought to defend Ottoman Turkey from the Russian Empire only to have France, Britain and Russia allied against the Ottomans in World War I. And, in the past, France and Britain had both had much friendlier relations with the Ottoman Empire in the days when the Hapsburg Emperor was fighting Turkish armies in the Balkans. However, after the loss of their last, major territories in Europe, the Ottoman Empire had been eclipsed as a rival to Austria-Hungary by other powers such as Russia and Serbia while the Ottoman and German Empires had grown increasingly friendly. When World War I came, the Ottoman Empire soon joined the side of the Central Powers in the hope of reclaiming lost territories in Africa, the Caucasus and perhaps even expanding eastward toward the Turkish ancestral homeland in central Asia. 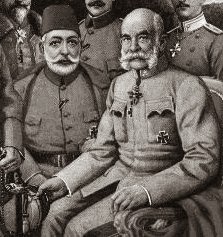 While fighting was almost always raging on the periphery of the Ottoman Empire, with the British in Egypt and Iraq and the Russians to the north, it was the Allied assault on Gallipoli that most threatened the heart of the Turkish realm. As Allied troops stormed ashore and began digging in, Turkish war leader Enver Pasha called on Germany and Austria-Hungary for help. The only problem was that with the Kingdom of Serbia still offering determined resistance in the Balkans, the route to Turkey was cut off. That all changed, however, in the autumn of 1915 when German and Austro-Hungarian troops under German Field Marshal August von Mackensen defeated the Serbian army and cleared a path for direct assistance to the Turks. Most of the help that arrived came from Germany but Austria-Hungary sent aid as well in both combat and support units. In December of 1915 two artillery units were sent down the Danube River to arrive at the front in Gallipoli. These were the howitzer battery No.36 posted at Sogan lidere across from Sedd-ul bar and mortar battery No.9 which was posted around Anafarta, lobbing shells at the hard-pressed Australian and New Zealand troops dug in there. The howitzer battery 36 was later sent to the coast at Smyrna where it sank the British monitor M30. Half of the mortar battery was reassigned to coastal defense as well but at Mt Carmel near Haifa in Palestine with the remaining guns switched out and renamed the field artillery battery No.20. This unit went on to serve at the second and third battles of Gaza and the two battles in the Jordan valley. 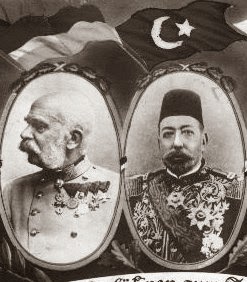 In 1916 Austria-Hungary sent a mountain howitzer division to aid in the Turkish campaign to rest control of the Suez Canal from Great Britain (for the second time). The effort was not a success but the Austro-Hungarian troops offered fierce resistance and proved their worth at the battle of Romani. When the Turkish line collapsed, they held firm, inadvertently serving as a rearguard and putting up such a fight that they were able to hold off the enemy long enough to escape without the loss of a single gun. During their time in the Middle East, this unit went through a number of name changes as their weapons were upgraded. In 1917 they were renamed the Imperial and Royal Mountain Howitzer Division in Turkey and later the Imperial and Royal Field Howitzer Battalion in Turkey. They fought with great skill and determination in the three battles of Gaza (in which they destroyed several British tanks), the two battles of the Jordan valley and covered the Turkish withdrawal toward Aleppo. Austria-Hungary also supplied the Turks with a great deal of support personnel such as military instructors (mostly in artillery), ski instructors for the troops fighting the Russians in the Caucasus, motor transport units and medical units such as a field hospital in Jerusalem and two mobile field hospitals (think of them as the grandfathers of the MASH units many are familiar with). These units saw action as well such as when one field hospital was wiped out in an Australian air raid. These forces from Austria-Hungary served up until the very end of the war for the Ottoman Empire, withdrawing as Turkish forces retreated until they were posted near Constantinople by the time Turkey asked for an armistice.