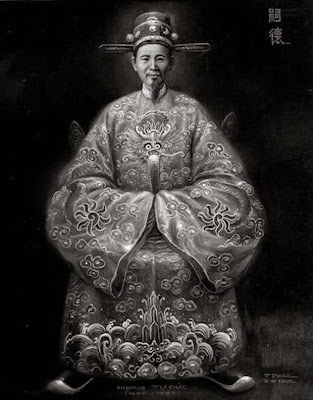 Emperor Tu Duc is sometimes referred to as the “last independent Emperor of Vietnam”, mostly by those who seem anxious for monarchies to end and dynasties to fall. Tu Duc was certainly not the last Vietnamese monarch, being only the fourth of the twelve Nguyen dynasty emperors (thirteen if one counts Nguyen Duc Duc) but it was during his reign that French forces established their first colonial foothold in Vietnam. His designation as the “last independent emperor” stems from the fact that monarchs after him tended to be dominated by corrupt regents and then the French, losing their throne if they opposed these forces. The future Emperor Tu Duc was born Prince Nguyen-Phuc Hong Nham on September 22, 1829 to Emperor Thieu Tri. His elevation to the throne after the death of his father in 1847 was not without difficulty. Emperor Thieu Tri had changed the law of succession so that he could choose his successor rather than having the throne pass automatically to the eldest son. In this case it meant that Crown Prince Hong Bao was passed over in favor of his younger brother who was enthroned as Emperor and Son of Heaven with the era name of Tu Duc. 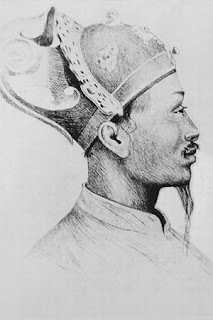 This was done because, since the reign of the Nguyen Dynasty, concern was growing stronger about the threat of foreign powers and because, from the reign of the first Nguyen emperor onward, a renewed emphasis had been placed on strict Confucian orthodoxy. Emperor Thieu Tri wanted his successor to be someone who would maintain traditional, conservative values and keep foreign influences out of Vietnam and there was no doubt that Emperor Tu Duc would be the one to do it, so he was chosen to inherit the throne instead of the crown prince. Yet, the very fact that the eldest son was passed over in favor of the younger angered the most strict adherents of Confucianism among the mandarinate. It did not take long for rebellions to break out, united by the figure of Prince Hong Bao though it included dissidents from various different backgrounds whose ultimate aims were often at odds with each other. For example, alongside strict Confucianists were Christian converts who hoped that Hong Bao would show them favor, there were those peasants who had fell afoul of crop failure or some less than perfect local official and even a few die-hard Le Dynasty loyalists still lingering around.

Fortunately, for peace and order, imperial troops quickly crushed the rebellion and Prince Hong Bao was arrested. Emperor Tu Duc was inclined to inflict the legal punishment for treason but his mother, the powerful Empress-Dowager Tu Du, persuaded him to show mercy. In any event, it did not finally matter as the prince committed suicide in prison. The throne was secured but it was an inauspicious start to the reign of Emperor Tu Duc. In all the years since his reign, the image of Emperor Tu Duc has been subject to a great deal of distortion by many people. Contemporary foreign accounts tended to portray him as brutal, cruel and close-minded. However, the truth was exactly the opposite. Emperor Tu Duc was an upstanding Confucian monarch, a great scholar and generally was in every way what a good, traditional Asian emperor was expected to be according to time-honored values. Much of the “bad press” Emperor Tu Duc has been subjected to involves his treatment of the Christian minority. This is worth considering since it was, to some extent, the treatment of Christians that was used as a pretext for the French Emperor Napoleon III invading Vietnam and setting the course for the eventual French colonization of all of Indochina. Despite what many say, Emperor Tu Duc was not completely intolerant of Christianity though, like most Confucianists, he was wary of it. 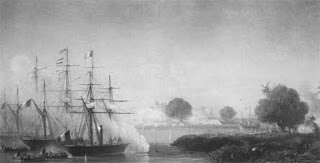 Previously, Emperors Minh Mang and Thieu Tri had tried to discourage Christian missionaries from coming to Vietnam but it was to no avail. Emperor Tu Duc was not completely intolerant as is proven by the fact that he had Christians included in the highest levels of his government. Probably the best known was Nguyen Truong To, a Catholic mandarin who was allowed to travel to Rome for an audience with the Pope and who brought back books from Europe on Christianity which were translated into Vietnamese. Certainly, if Emperor Tu Duc had been mindlessly opposed to all Christians he would never have allowed this. It was only when the safety of the throne and the stability of the empire were under threat that the Emperor took drastic measures against the Christians. It was only after it was discovered that a French priest had been involved in a plot to overthrow Emperor Tu Duc that action began to be taken.

Moreover, this was not an isolated incident. There had been missionary involvement, possibly backed by the French government, in several coup attempts and there had been many Christians involved in the initial rebellion against him when Emperor Tu Duc took the throne. It is unfortunate that the missionaries and converts did not refrain from involving themselves in politics in this way rather than working to show that they were loyal and that Catholicism did not contradict being a loyal subject of the Emperor. Yet, all too often many were inclined to join in subversive activity in the hope (usually naïve) that a new ruler would be more favorable and give greater privileges to Catholics. The result was that in 1848, at a time when it was hoped that France would be too busy in Europe to meddle in southeast Asia, Emperor Tu Duc decreed that all Vietnamese Catholic converts must renounce Christianity and return to their traditional beliefs or be branded as heretics and lose all privileges. He also cracked down on French and Spanish missionaries which brought western opinion down against Emperor Tu Duc, most having never heard of the previous intrigues against the Emperor by spiritual men trespassing into temporal affairs. The devoutly Catholic French Empress Eugenie (who was Spanish by birth) championed the cause of intervention and soon French troops were landed in the far south, Cochinchina, and began attacking north.

Emperor Tu Duc responded to this attack by ordering military conscription and establishing a system for formal military training. Unfortunately, what few modern weapons the Nguyen armies had at the start of their reign had been lost or sold and the zeal and courage of the Vietnamese forces proved insufficient against the modern weaponry of France. In fact, more French troops died from disease and the sweltering climate than from the Nguyen armies. More French troops landed in the north and Emperor Tu Duc had no choice but to appeal to his nominal overlord, the Qing Emperor of China, for protection. The result was the 1884-85 Sino-French War and, unfortunately for Vietnam, it was the French who emerged victorious. The result was China washing its hands of Vietnam and France, which already claimed the south as a colony, claiming north and central Vietnam as French protectorates. In spite of these many disasters, Emperor Tu Duc was determined to fight on but, unfortunately, another rebellion broke out in the north. The Emperor decided it would be better to come to terms with France rather than risk a rebel victory that might bring down the dynasty altogether. So, he diverted his troops to crush the rebellion and signed an agreement with the French. The result was Vietnam being divided into the French colony of Cochinchina in the south and the French protectorates of Tonkin (the north) and Annam (central Vietnam). Emperor Tu Duc retained his throne but, with the liberal interpretation the French applied to the protectorate treaty, the effect was that the authority of the Emperor hardly extended beyond the walls of the “Great Within”. Emperor Tu Duc died on July 17, 1883, according to one contemporary, cursing the invaders with his last breath.

In the years since, many accounts have been unfairly critical of Emperor Tu Duc. He was the longest reigning emperor of the Nguyen Dynasty and had to deal with problems and enemies of a sort no previous monarch had ever had to face. He was highly educated, intelligent and refined, devoted to the Confucian moral code and the traditional rites. Because of an affliction with smallpox as a child he was unable to have children of his own, though he had many wives and concubines. He was an accomplished poet and probably the most literary of any Vietnamese monarch. A French official who met him was surprised that he was so different from the beast he was portrayed as, describing his delicate manners, soft voice and comparing his features to those of an ancient pharaoh. If a wise and upright ruler had been all that was called for, the reign of Tu Duc would have been very different but, instead, his reign saw rebellion, invasion and ultimately the first beginnings of what would become the era of French colonial rule.
Posted by MadMonarchist at 12:16 AM