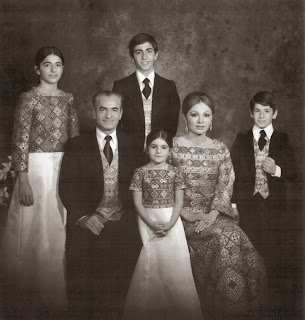 As most who follow the news are probably aware, an agreement has just been reached between a number of countries and the Islamic Republic of Iran by which the international sanctions on Iran will be partially lifted in exchange for the Iranian government stopping the enrichment of uranium beyond a certain level so as to avoid them gaining nuclear weapons. It will probably surprise few that, from what I have heard, it does not sound like a “good deal” to me. In all fairness though, I must say that there are few possibilities I could imagine in which I would favor any sort of a deal with the current Iranian regime. I do not want it to become “acceptable” to the rest of the world, I do not want it to become “one of the club” as I detest it to its very core. Such is the case, not only because it calls America “the Great Satan” or has called for Israel to be “wiped off the map” but because it is a barbaric and illegitimate regime that would certainly have killed the last Shah of Iran if they ever could have gotten their uncivilized hands on him. Even if they had not become one of the biggest sponsors of terrorism in the world, that alone would have been enough to make them a permanent pariah in my book. And I do not say that simply as the knee-jerk reaction of a monarchist but because I believe the Shah was a basically good man who had the best interests of his country at heart, who was trying to do the right thing and who was making the lives of his people better and glorifying his country. I think the villainous portrayal of the late Shah is one of the most gross miscarriages of justice that has occurred in my lifetime. 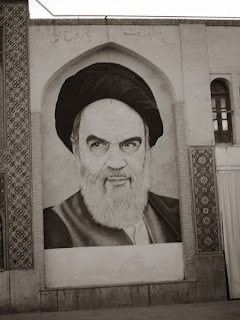 Yet, there is something that disturbs me even more than this agreement, at least in a way. Because I expect very little from the self-serving governments of America, Britain, France, Germany, Russia and China. The crimes of Iran, for example, could not hold a candle to the monstrous misdeeds of the communist regime in China. Rather, it is the number of seemingly sensible tradition-minded people, some of whom even claim to be monarchists, who seem to support Iran. Some of them even openly so. The very idea astounds me but most seem to argue that they think much of what the Iranian mullahs do is a pretty good idea. They like the idea of stoning adulterers, hanging homosexuals and are not very impressed with Iran under the Shah being a country with mini-skirts and Hollywood movies. Of course, they might think differently if it was their own wife, sister or daughter who was stoned to death for being raped or perhaps turning down an advance from a man who decided to use the law to take his revenge. However, even if this position was a valid one, it would still make no sense. The radicals ruling in Iran today, let their be no mistake, are not just enemies of the warped, licentious society that western civilization has become. Do not be fooled, they are the enemies of western civilization as it has always been no matter how far back one wishes to go.

It is undeniable that there is much about modern western society that is disgusting and despicable, but the sort of fanatics in power in Iran did not just start hating the west since the ‘swinging sixties’. These are people who would have called the height of the Renaissance a den of depravity (all that drinking and art with unclothed women), who would find the Middle Ages morally deplorable (after all, there was dancing going on -with men and women actually touching each other!) and who were already screaming death to the “Great Satan” when Beaver Cleaver was on TV and Lucie and Ricky (a real life married couple) were still sleeping in separate beds and the word “pregnant” was considered too graphic for audiences. Anyone who thinks that devout Christians of the west could ever make common cause with the brand of religious zealotry practiced by the rulers of modern Iran is very much mistaken. If anything, they would oppose the restoration of a more traditional Christendom if for no other reason than that it would be a much stronger enemy to overcome. One can see this quite clearly in the sort of people they choose to do business with today. 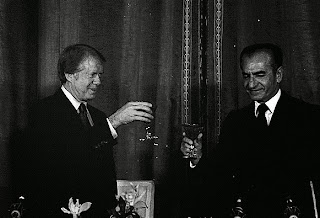 After all, do not think it is any accident that Iran has decided to negotiate with the west (and Russia and China but they are on the Iranian side already) at a time when you have an open socialist in Paris, a socialist in denial in Washington and a very much pretended “conservative” in London. Even the lukewarm, mainstream “right” in America would never have dreamed of coming to such an agreement with Iran. Does anyone think George W. Bush would have done such a thing? The elder Bush would not have, going so far as to befriend Saddam Hussein in order to oppose the regime in Iran and before him was Ronald Reagan who spoke out publicly in defense of the Shah and his rule of Iran, criticizing President Carter for his shameful betrayal of a man who had been a reliable ally of the western world. Even proper, faithful Muslims (admittedly most of whom are not of the Shia sect that populates Iran) should be aghast that the Iranian regime relies on support from a country like mainland China where Muslims in Xinjiang are brutally oppressed and which is officially atheist. In that same vein, of course, is the fact that the Islamic Middle East as about as worried as anyone else can be about the prospect of Iran obtaining nuclear weapons. Suppose, for example, the mullahs in Iran made good on their threats to strike Israel. It is a tiny country that could not be attacked without simultaneously taking the lives of a great many Muslims in the Palestinian territories and surrounding areas. In spite of all their grand talk, the religious leaders in Iran are concerned with nothing beyond themselves and their own hold on power. The Islamic community over all means nothing to them, otherwise their best business partners would not be countries like Russia, China and India.

One thing that can be said about all of those places is that they at least have self-interest to explain their actions. With the possible exception of Russia which, it seems, wants Iranian access for oil but which always seemed a bit absurd to me since Russia has such huge oil reserves of its own. However, countries like India and China need oil and just as much they need cheap oil and Iran is a place to get it. For Christians in the west, however, there is not even self-interest to be served by siding with or sympathizing with Iran, only self-destruction. Does anyone honestly think that if these radicals in Tehran had their way, they would only massacre the immoral secularists while leaving the devout Christians alone? Do not be absurd. The same rule could be applied to modern-day Islamic terrorists all across the board. Were they selective in any attacks based on the immoral culture of the west? Did they bomb the brothels of Amsterdam or porn studios in Berlin? No, they bombed passenger trains in London and Madrid to kill as many people as possible. Did they fly planes into the smut-producers of Hollywood or the “Sin City” of Las Vegas in America? No, they targeted the World Trade Center, the Pentagon and the Capital to try to cripple the country as a whole (and spent their last night alive in nudie bars watching infidel women take their clothes off -the stuff “martyrs” are made of). They have bombed Christian churches in Africa and would likely do the same in Europe were not for the fact that they are mostly empty. 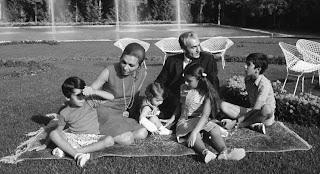 For a Christian to support the Islamic Republic of Iran because they are anti-modern western degenerate culture would be like having sympathy for the Devil because he believes in God. The regime in Iran does not oppose degenerate western culture, it opposes western culture -period. It is not terribly fond of most of Islamic culture for that matter and certainly has no love for the long, pre-Islamic history of Iran. In fact, one of the things they detested about the late Shah was that, during his reign, there was a little bit of a renaissance of classical Persian culture which they utterly opposed. It is a contemptible regime, an illegitimate regime and I want no rapprochement with it, I do not want it to become an “acceptable” member of the community of nations. What would please me would be to see the Islamic Republic torn down by the Iranian people and to see the monarchy restored under Crown Prince Reza or, if he is unacceptable, I would be pleased as well to see Prince Mohammad Hassan shipped over from Texas to be the new Shah. Perhaps if the people have been too enflamed against the Pahlavi dynasty, a return to the Qajar dynasty under Mohammad Hassan would be the ideal solution. That is my goal, the restoration of the Persian Empire and I would think it would be the goal of anyone calling themselves a traditionalist as well.
Posted by MadMonarchist at 12:12 AM