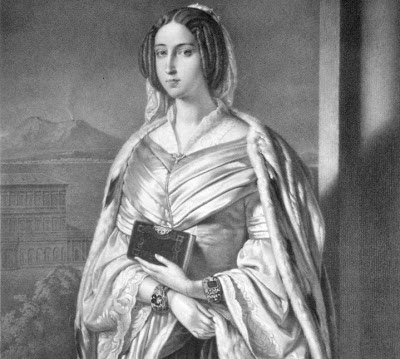 Her Royal Highness Princess Maria Cristina Carlotta Giuseppina Gaetana Elisa of Savoy was born on November 14, 1812 to HM King Victor Emmanuel I of Piedmont-Sardinia and HM Queen Maria Teresa of Austria-Este in Cagliari on the island of Sardinia. The youngest of seven children, Princess Maria Cristina was born during a difficult period for the House of Savoy. The French Revolution, following by wars of expansion, had forced the family out of their ancestral homeland and the traditional citadel of Turin, which was occupied by French troops, to the island of Sardinia. As her very conservative and traditional parents refused to have anything to do with the revolutionaries or the Bonaparte regime, they had to wait until the final defeat of Napoleon at Waterloo before the Savoy family was able to return to Turin to fully restore the Kingdom of Piedmont-Sardinia to what it had been before the invasion. A little girl by that time, Princess Maria Cristina was educated privately at court and from an early age she had it impressed upon her that there was no greater duty than to God. She had an extensive religious education (her father had restored education to the clergy after it had been secularized by the French) and she was also taught about the long and illustrious history of the House of Savoy and her responsibilities to her family as a princess. 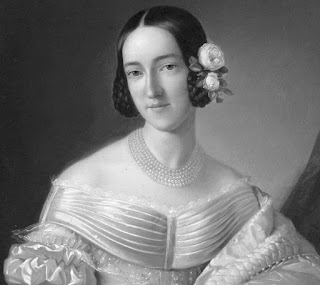 Of course, during this time, part of the duty of any royal princess was to be the source of a marriage alliance advantageous to her own country and dynasty. King Victor Emmanuel I had aspirations to remove the Austrian presence in Lombardy and consolidate northern Italy under the House of Savoy. Ultimately this would be done but not by Victor Emmanuel I and the marriage of Maria Cristina would have nothing to do with it at all. Nonetheless, it was thought practical to arrange a marriage between the princess and the King of the Two-Sicilies in Naples in an effort to keep southern Italy on friendly terms. So, while his second-to-the-youngest daughter was married to the heir to the Hapsburg throne (she would one day become Empress of Austria), it was decided that Maria Cristina would be married to King Ferdinand II and become Queen of the Two-Sicilies. She was still a teenager when the engagement was agreed to in 1830 and the local aristocracy in Turin held a magnificent engagement party for her. Onlookers remarked on how lovely the young princess of Savoy looked with her large deep eyes, light complexion and thick dark hair, charmingly shy and reserved. The princess had to be a little nervous about the marriage, not only because she was leaving her family for the first time but also because there was not a great deal she had in common with her husband-to-be. 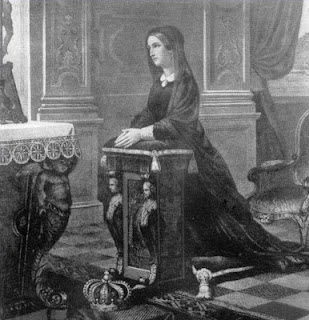 However, it was ever “duty first” in the House of Savoy and Princess Maria Cristina was married a couple of years later with the wedding being celebrated in Genoa on November 21, 1832. Maria Cristina became Queen of the Two-Sicilies and began her married life in Naples. Sometimes such arranged marriages resulted in devotion and true romance but, sadly, this was not the case for the new Queen Maria Cristina. King Ferdinand II was rather crude where his Queen was refined, abusive where she was gentle, outgoing and bombastic where she was modest and reserved. The Queen was disturbed by the morals of the court at Naples and rather shocked by the oppressive policies of her husband who, to be fair, certainly had a great deal of malice and treachery among his people but who is most known for dealing with it by means of violent retaliation. Queen Maria Cristina was quite lonely as the King had little patience for her shy nature. The only close companion she had was her younger sister-in-law Princess Maria Antoinette (named after the ill-fated Queen of France Marie Antoinette) but even that relationship was short-lived as not long after her arrival in Naples the princess left for Florence to be married to Grand Duke Leopold II of Tuscany. 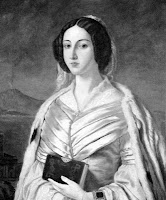 Yet, though she had almost no one close to her for company, Queen Maria Cristina was greatly loved by the ordinary people of the Two-Sicilies who were charmed by her demure beauty, kindness and sympathized with her for the way she was treated by her seemingly cold and indifferent husband. In fact, at times he seemed to delight in offending her, whether by his vulgar language or having dancers perform in their underwear. Originally quite popular as a “man of the people” the public reputation of Ferdinand II suffered both by the perception of how he treated his wife as well as the violent suppression of any calls for constitutional government (hence his eventual nickname of ‘King Bomb’). But Queen Maria Cristina was always adored because of the care and compassion she showed toward her adopted country and because of how she endured her less than ideal life, with patience and pious devotion. 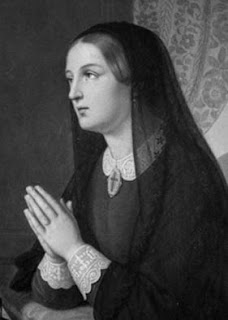 Maria Cristina had always been a devout Catholic and she came to rely on her faith ever more in times of trial. Her commitment to God and the Church, serene detachment and beautiful appearance caused many people to see her as an almost angelic figure and even then many began to refer to her as a saint. Tragically, her life was not to be a long one. She had not yet celebrated her twenty-fourth birthday when she gave birth to her one and only child, the future King Francesco II, and complications soon set in. Her condition deteriorated rapidly and only five days later she passed away on January 21, 1836. She was buried in the Basilica of Santa Chiara in Naples, the King married again in less than a year and his new wife would be the major influence on the life of little Francesco II. Nonetheless, as a boy he was always taught to honor the memory of his late mother, who had died bringing him into the world, as the ‘saintly queen’ or ‘holy queen’. He would be the last King of the Two-Sicilies and after he had lost his throne and was living in exile he began to push for the Church to take up the cause of his late mother. Her pious reputation was such that there was great support for it and in 1872 Pope Pius IX recognized her status as a Servant of God. The cause continued to progress and on May 6, 1937 Pope Pius XI recognized the Queen as a Venerable Servant of God and, most recently, on May 3, 2013 Pope Francis recognized a miracle attributed to her intercession, opening the way for her to be beatified, the last step on the road to canonization as a saint.