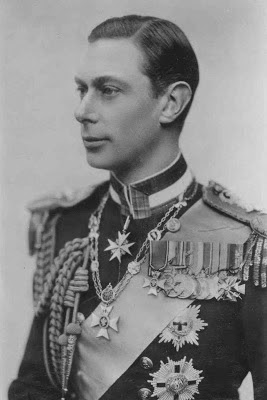 King Edward VII: It seems incredible that a woman of such incredible moral fortitude as Queen Victoria could have an eldest son like Edward VII and it can only call to mind the vast difference between the third and fourth Georges. However, the first British monarch of the House of Saxe-Coburg-Gotha, while no paradigm of virtue, was certainly of better quality than George IV. He, at least, waited for the throne with better grace and dignity and he waited quite a long while. Still, while he was undoubtedly a bit of a rascal in his private life, he at least was a much more likeable fellow and proved himself a seasoned and capable monarch. Fashionable, jovial and a man who enjoyed good living, he personified a Britain that was ’large and in-charge’. My opinion of him is somewhat prejudiced by his peacemaking with republican France, to the detriment of Austria-Hungary and Germany. His rather warmer attitude toward Imperial Russia, on the other hand, was certainly a welcome change in my view from the hostility of his mother, if not very whole-hearted. His modernization of the army and navy was also a major positive, the move toward curtailing the power of the House of Lords was certainly not. He avoided war with France over colonial rivalries but set the stage for World War I. Given how that turned out, a little colonial conflict might have been preferable. Still, a steady and sober monarch, far removed from his reputation as heir apparent.

King George V: When I think of George V the image that comes to mind is of a hard working, stable, reliable, methodical monarch. He lacked the style and personality of his father but was a more meticulous monarch and a more upstanding man, even a bit on the authoritarian side. Those looking for a romantic figure would be disappointed but George V was a good, steady monarch for those interested in substance rather than style. He was perhaps more closely familiar with the far flung dominions of his empire than any British monarch before him and things would have gone better had his advice been heeded more often, particularly in the wake of the Easter Uprising in Ireland. World War I was a disaster, though he was not to blame for it and was a commendable wartime monarch. In the aftermath he seemed to have every radical, revolutionary movement plaguing him and that is nothing to be taken lightly. He was a good man and a good monarch but, understanding the unrest he faced in his own country, I will still always have some bitterness in regard to George V for his failure to rush to the aid of his cousin the Tsar and his family.

King Edward VIII: When Edward VIII came to the throne, albeit briefly, it must have seemed to some that history was repeating itself. Again a stern, upright and moral father had produced a rather libertine son and heir. I cannot have a very high opinion of Edward VIII (later Duke of Windsor) who led quite an immoral life in his youth and who put his own desires before his duty to the empire and the royal house he belonged to. Still, I certainly do not hate the man as many seem to. He had no use for the League of Nations, which I would agree with and he was opposed to war which, while considered outrageous today, might have saved the British Empire. I don’t think he would have been a terrible king but his beloved was never going to be queen and I doubt he would have settled for anything less. His abdication was a dereliction of duty, no question, but if that was his nature, surely it was best that he abdicate rather than inflict an unwilling monarch on his country and dominions. I have also never understood those who hold anger against the man, totally despise him and yet still condemn him for abdicating. Makes no sense to me.

King George VI: Back on the right track, with George VI Britain again had an ideal constitutional monarch. I have often said that when I picture “a king” in my mind, it is George VI that I usually see. He was a man of great dignity, high moral standards, a devoted family man and he was disciplined, dutiful and dedicated. His calm and majestic presence was just what Britain needed in World War II and, though he is often left out of the historical narrative, he was a very “hands-on” wartime monarch. More than enduring the blitz alongside his people, he kept up with the war economy, visited the front and was involved in all the major planning sessions for strategy. Even the American supreme Allied commander, General Eisenhower, had nothing but respect and the highest praise for King George VI. He also had the good sense (and persistence) to marry a fine Scottish lady who proved to be a tremendous asset for the Royal Family and the country. His reign is bitter-sweet though as he did see Britain through her “darkest hour” but was also the last King-Emperor and presided over the beginning of the disintegration of the British Empire, mostly due to the government poverty caused by the war.

Queen Elizabeth II: One of the greatest but simplest things one can say about HM the Queen is that she is and has always been worthy of her father. It must be said that her reign has covered the most drastic decline in British power and influence in centuries but none of that can be attributed to her. She follows the advice of her ministers without fail and has been a model constitutional monarch. Warm, friendly, even humorous but at the same time dignified and majestic, no matter what has gone on around her, the Queen has always conveyed continuity, stability and integrity. Few other monarchs have been faced with such rapid and drastic changes as Elizabeth II and she has shown both strength and an ability to adapt in navigating through such waters. Even on the rare occasion when she became rather unpopular, the public eventually realized she had been right all along and that they had behaved rather childishly. The Queen has been an anchor in the storm and has, seemingly effortlessly, upheld the monarchy as a popular institution by her spotless moral values and her matchless ability to never make a mistake. It has been said quite often by now that the Queen has “never put a foot wrong”. That is quite a remarkable thing to say when you think about it -and the most remarkable thing is that it is completely true.