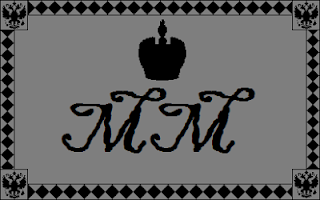 It has been a busy week for the royals but most of it rather “small” news stories, so instead of trying to just relate a list of comings and goings I thought to just focus on a few of the stories that particularly caught my attention. Even on the best of weeks I can never cover everything as is usually pointed out to me. We will start with the very prominent monarchies of the House of Windsor. In a story we might call “news” that I thought was nothing new at all, reports are that the next coronation will include non-Christian participants. Long ago the Prince of Wales (best as I recall) had made mention of having a more “inter-faith” coronation but, evidently, this was objected to by the Church of England. However, such objections have now been dropped, at least somewhat. It will not, as some have said, be an “inter-faith service” but it will have non-Christians performing certain symbolic gestures (lighting candles or reading off some vague, ‘feel-good’ type stuff). Still, this will be a major change considering that the coronation has been a strictly Anglican affair for many hundreds of years at this point and it does seem rather odd that when other Christians, be they Catholics or dissenting Protestants, are still rather looked down on by many in the Church of England, something so central as the coronation will be jumping right into including Muslims, Hindus, Sikhs, Buddhists and who knows what else. 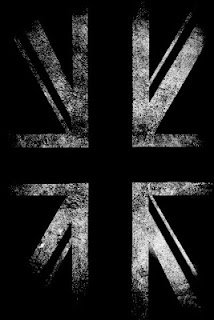 The explanations for this make very little sense to me. Yes, Britain is a multi-cultural country, yes there are people of every religion and no religion at all in the UK and most Commonwealth Realms but is that really all that new? There may not have been large populations of Muslims or militant atheists living in London during the reign of Queen Victoria but the coronation, basically an English ceremony, counted as much for those living in every far flung corner of the British Empire which included almost every race, color and creed in the world. The British Empire was extremely multicultural and extremely diverse, the only difference was that all those cultures were not then coming to take up residence in England. The Empire of India, for example, held the spectacular Delhi Durbar three times for the accession of a new monarch even though King George V was the only one to actually attend. People of any religion can mark the occasion in their own way whether the sovereign is able to participate or not. Persons of non-Anglican religious beliefs do not *need* to be involved in the coronation themselves from where I stand and I cannot really see why they would especially want to. The very Catholic Queen Henrietta Maria was barely allowed to witness the coronation of her husband King Charles I and she was never crowned herself because she insisted that only a Catholic bishop could do the job and the Church of England was not going to stand for that. 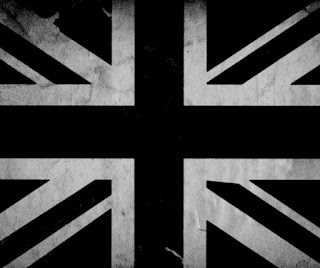 Again, the British monarch has long reigned over a great many non-Anglican Christians and a great many peoples of other religions. At one point the British monarch actually reigned over more Muslims than any other sovereign in the world, but no one ever thought that every one of these groups had to be involved in the coronation which is a service of the Church of England and really a tradition of the English monarchy specifically. It may not be a huge disaster and I thought this was something that had already been more or less decided years ago and, given my opinion of the Church of England these days, I cannot bring myself to get too elated or upset about anything they do but it just seems to me to be odd and unnecessary. Perhaps even just a little unfair to the Church of England which, lest we forget, is itself a product of the monarchy.

Meanwhile, in other news, royal wedding fever has again gripped the Kingdom of Sweden. However, this week there was an additional bit of meat for the media to chew on when it was announced that Princess Madeleine’s husband-to-be Chris O’Neill has “declined” to accept Swedish citizenship and will not accept any royal or noble title. A statement from the Marshal of the Realm said, “Mr. Christopher O’Neill has respectfully asked to remain a private citizen and not be granted royal status”. Who would turn down the chance to be a prince? That seemed to be the question everyone was asking. Personally, I find this to be another story which does not surprise me in the least. He doesn’t want to be granted royal status? Fine, he’s not royal anyway and I am not very wild about anyone “becoming” royal unless it is a girl marrying into a royal family -and even then I think it would be best if everyone kept to their own kind. Whether or not the Swedes find this upsetting I do not know but I think, if anything, I would be more offended by his refusing Swedish citizenship than refusing a royal title. After all, he already has dual US-British citizenship as it is, so why not add another and pledge allegiance to your father-in-law? If they still do that in Sweden, and why refuse it when being a citizen of the UK (and I’m trying very hard not to go on a rant about when all these monarchies suddenly started having citizens instead of republics -”citizen” used to be a dirty word) automatically makes one a citizen of the EU which includes Sweden anyway. Right? 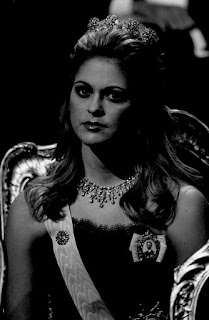 I must admit, I may be somewhat prejudiced when it comes to this story because, honestly, I have never been a big fan of Chris O’Neill. Perhaps it is his elitist, playboy reputation, his inability to decide whether he is British or American or maybe it is just a little prejudice against his being an investment banker. I cannot put my finger on it but I have just always found him a bit unsavory for my taste and if he doesn’t want to be a royal I would say that the royals will not suffer for his absence. I cannot be very upset about his not wanting to be a prince when I tend to think he would not make a terribly good one anyway. Besides that, drawing in Princess Madeleine herself, it seems like going on to accept a royal title and to appear at royal functions would just be a charade for both of them. To be perfectly frank, Princess Madeleine herself has not given the impression of being especially attached to being a Swedish royal herself. Since she dodged a proverbial bullet with her last near-marriage she had pretty much made her life in the United States as part of the high society scene of New York City, has said she intends to continue living in the United States after her marriage, she is presently fourth (I believe) in the line of succession and has not taken on many royal duties at all herself in recent years. So, why pretend that this marriage means Sweden is gaining a prince when it seems more like the culmination of Sweden losing a princess if we just take the facts as they stand. If she wants to marry a rich Wall Street pirate and be an American I cannot work up any outrage that she and her husband will not be playing a game of pretending to be part of the Swedish Royal Family or the Swedish monarchy. Why bother?

Compared to another high profile case, Princess Madeleine is coming off quite well. When HIH Princess Nori of Japan decided to marry an ordinary commoner she, in accordance with Japanese law, had to relinquish her imperial title, left the Imperial Family, took the name of her husband and gave up her government allowance. Princess Madeleine is not required or expected to make any such sacrifices though, in 2011, Swedes were rather upset about the Princess still receiving a state allowance despite living in New York, carrying out no official duties and also probably because all anyone ever saw of her in the papers was shopping and going to parties with her then live-in boyfriend. That may change in any event but it would be no great sacrifice as I am sure whatever she receives from the Swedish government is pocket change compared to the expense allowance her multi-millionaire husband-to-be can provide her. The law in Japan may seem unkind to some and I will admit I am no more fond of someone “becoming” common than I am of someone “becoming” royalty but differences of birth hold no terror for me. I am a monarchist and I think royals and commoners are very different things and even if the blood sucking investment banker thinks being a prince is “beneath him” or simply a waste of time, I cannot get very upset about it because I don’t think he should be a prince anyway. Honestly, I don’t think he’s terribly worthy to be marrying Princess Madeleine but (full disclosure) I have long had a soft spot for the princess and would probably find anyone unworthy of her. If Chris O’Neill wants to say, “I am not royal” then I am perfectly fine agreeing with him.

Posted by MadMonarchist at 6:54 AM