The Sicilian Kingdom of Africa 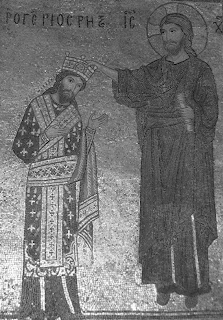 To hear many modern commentators, even some claiming to be historians, speak about the expansion of the Kingdom of Italy into North Africa in the early years of the last century, one would think that Italian troops had never set foot on the continent before. Any Italian alive during the colonization of Libya, for example, would have laughed at such an idea. The Italian presence in northern Africa goes back, of course, to the time of ancient Rome but, more than that, even after the fall of the Roman Empire, Italian forces were never long absent from the “fourth shore”. The Italian acquisition of the provinces that became Libya as well as the frustration at the colonization of Tunisia by France are often painted today as simple aggression, yet, when one understands the very long history of close Italian association with this region one can see why, when the Kingdom of Italy began to colonize at least part of northern Africa, the Italians were not “arriving” but rather “returning” to lands that had long been ruled from the Italian peninsula. One of the most overlooked periods that serves as one example was that of the Kingdom of Africa under the Norman King of Sicily Roger II.

The story, starts much earlier, with Norman-Sicilian forces making forays into northern Africa in 1123; the first of many. Even then, Count Roger I of Sicily was already keeping troops in Mahdia in Tunisia to collect export duties. By 1135 King Roger II already had what amounted to a defacto Sicilian protectorate over most of the north African cities closest to southern Italy based simply on their economic interdependence. Having conquered Pantelleria in 1123, Roger II captured the pirate island of Djerba in 1135. By 1142 he established a protectorate over Mahdia after they were unable to make their grain payments on time. The local emir remained on the throne but was forced to accept the King of Sicily as his overlord as he had already become deeply beholden to Roger II because of the vast sums of money he had borrowed from him. In 1146 Norman-Sicilian forces captured Tripoli which, after suffering a terrible famine, had fallen into civil war. After that, numerous other local chieftains came forward to recognize Roger II as their overlord, valuing the security and economic prosperity that came with association with the Kingdom of Sicily. In 1148 Norman troops led by George of Antioch conquered Tunisia after the emir of Mahdia rose against Roger II. The Sicilian forces soon took control of the entire north African coast between Bona and Tripoli.

The strongest support for Sicilian rule came from the Christian minority in north Africa and these people still spoke a local variation of Latin and were actually the remnants of the original population from the time of the old Roman Empire. This is something to keep in mind when people dismiss Italy pointing to the Roman roots of the Italian imperial presence. The links of the chain go right back to Rome and the original Roman communities lasted much longer than most realize. In any event, under Sicilian rule, the economy of north Africa prospered and there was a measure of religious freedom too. Once he took direct control of the area, Muslims had to pay a special tax for their right to worship, just as the Christians had been forced to do previously when under Islamic rule. However, it was less than the tax imposed on the Muslim refugees living on the island of Sicily itself. This was because the King wanted to encourage the Muslims in Sicily to resettle in north Africa, both to remove them from Sicily and because their presence would help show their co-religionists the way forward. 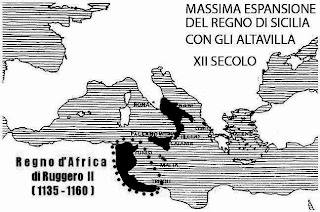 The rulers of Tunis feared a Sicilian attack and sent Roger II tribute in an effort to persuade him to desist (so that their own rule could continue) but, although he had planned further expansions in Africa, the King was diverted by a war with the Byzantines and died in 1154 without returning to his ambition to restore the former Roman lands of Africa to Christian rule. Roger II was succeeded by his son King William I and the reign of King William I was one marked by rebellions on the part of local nobles, both in the Kingdom of Sicily and the Kingdom of Africa. In Africa it came in the face of the rising power of the Almohad Caliphate out of Morocco. The local Muslim rulers were discontented because the Sicilians gave them little autonomy when it came to taxation and, as has long been the case the world over, whoever collects the taxes tends to become quite rich (somehow). With the Almohad forces gaining strength on the horizon, many decided to change allegiance, turn against the Sicilians and appeal to the Almohad Caliphate for protection. 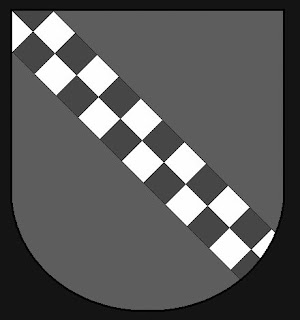 At first, King William I was successful in suppressing native rebellions and even struck out at the Egyptian coast and launched raids on the Muslim-held Balearic Islands in an effort to disrupt the supply lines of the Almohad invasion force he knew was coming (already Christian refugees were pouring into Sicilian Africa as the Almohad forces advanced). However, the Sicilian position was quickly seen as a lost cause. The loyalty of local leaders could not be counted on, supplies were low from all the recent conflict and the Almohad forces seemed unstoppable. Soon, almost everything in north Africa had been abandoned save for Mahdia in Tunisia. In 1158 Tripoli fell and the following year Mahdia was besieged. It held out until January of 1160 when the walls were breached and the city taken. The conquerors gave the local Christian population a simple choice: convert to Islam or be executed. Christendom tended to blame King William for the atrocities, for not fighting harder to defend the Kingdom of Africa. Under the circumstances, however, there was little he could have done and few were willing to support him at the time. Indeed, many Christian powers had long been jealous of the success of King Roger II and his grand aspirations. Eventually, under King William II, Sicily and the Almohad Caliphate even became allies of a sort as they battled other Islamic forces that posed a threat to both of them.
Posted by MadMonarchist at 12:25 AM