A Word of Thanks to the Czechs 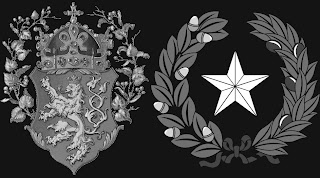 As some of you may know, there was recently a terrible catastrophe in central Texas (nowhere too near your humble blogger -it’s a big country) when a fertilizer plant in the small town of West exploded, killing at least fourteen people and wounding over a hundred. Coming so soon after the despicable terrorist bombing in Boston, there were, naturally, fears that this may have been part of some wider plot. Thankfully, though much costlier in terms of lives lost than Boston, the massive explosion in West was simply a tragic accident. Nonetheless, it has been a traumatic event for the area, with much of the area all around the plant being totally devastated. During such a time though, Texans pull together and look out for one another, being the tough, soft-hearted sort of people we are. A memorial ceremony was recently held in the nearby town of Waco, attended by President Obama, and we even managed to graciously accept his words of praise and comfort, even though the President is very, very far from being a popular man in central Texas. However, at times like this, people are usually expected to come together, lend a hand and be a little kinder than usual. That does not happen everywhere, but I would like to think it is more common than the reverse would be. In Texas it is certainly expected. Still, there was one aspect of this disaster that did take me by surprise and pleasantly so.

Not long after the full extent of the explosion and the terrible loss of life and property became known all around the world, reports came in that assistance was being sent to the area from, of all places, that former corner of the Hapsburg lands currently known as the Czech Republic. The Czech Ambassador to the United States, Petr Gandalovic, was quick to visit the area and the Foreign Ministry has said that it plans to donate four million koruna (or about $200,000) to the small Texas town to aid in local recovery. Obviously, this is a much greater amount in the Czech Republic than it is in Texas, but the amount is not the point. The point is that even in the midst of considerable economic troubles of their own, the Czech people are extending a helping hand to their brothers and sisters in the Lone Star State in their time of need. Czech flags still dot the central Texas countryside and the small town of West is made up predominately of the descendants of settlers from Bohemia and Moravia who immigrated in the late 1800's. That was, at the time of course, part of the "Dual-Monarchy" of Austria-Hungary and it reminds me of the more distant history of Texas when both Texas and the Czech lands were both under the reign of a Hapsburg monarch. 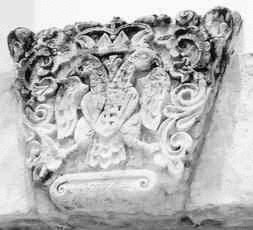 It is a rather slim historical tie, but there nonetheless. The area of Texas was, however nominally, under the reign of the Hapsburg King of Spain and Holy Roman Emperor Charles V, after whom of course the Hapsburg lands were divided between the Spanish and German dominions. Colonization mostly got underway toward the end of the Hapsburg era in Spain and during the reign of the Bourbon dynasty. However, there are places, such as at the old Spanish Royal Governor's Palace in San Antonio, where the Hapsburg double eagle can still be seen, despite the fact that it was completed under the Bourbon dynasty. That connection is important to me, if to few others and it illustrates the extent to which the Hapsburg empire was a truly global entity, grouping together an extremely diverse range of peoples.

Posted by MadMonarchist at 12:27 AM