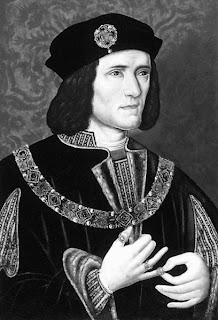 King Edward IV: It would be hard for anyone not to admire Edward IV. He was a tall, handsome man, a smart dresser, a veteran warrior, an able administrator and a good businessman. He was adept enough on the battlefield and at winning support that he won the crown for himself, then took it back once it was lost and he managed to win the support of Parliament. He was though a horrible womanizer and that would ultimately cause him some problems. His constant affairs with married women as often as single ones makes it hard to have a completely positive opinion of the man. He was certainly very good at his “job” but his private life left much to be desired. His secret marriage to the widow of a Lancastrian brought new intrigues and stopped a reconciliation effort with France. Still, as far as the House of York is concerned, Edward IV was nothing if not thorough, seeing the Lancastrians almost completely wiped out with the exception of Henry Tudor who was out of the country anyway. He collected a large library and was still trying to take to the field up to his death.

King Edward V: I cannot have much of an opinion on Edward V as the poor boy barely had a chance. He was only nominally the king for a few months and, I have noticed, many lists of English monarchs omit him entirely. A coronation was planned but was repeatedly put off until the boy was deposed and presumably murdered.

King Richard III: Many people have asked my opinion of Richard III and seemed surprised that I don’t have more to say. He certainly wasn’t successful, spending his reign fighting rebellions against him by both friend and foe alike. As for his guilt or innocence in the murder of Edward V, there may not be enough hard evidence to hold up in a modern court but the circumstantial evidence is fairly overwhelming. No matter how kind one tries to be, Richard III will usually come off looking pretty villainous no matter how you cut it. He certainly had some talent and early in his life was fairly well regarded but he was also undoubtedly vindictive yet it is also true that he had enemies ranging themselves against him before he ever came to power and that would tend to make one rather peevish. I give him credit for going down fighting but it just doesn’t seem that there is much to recommend the man.
Posted by MadMonarchist at 12:06 AM