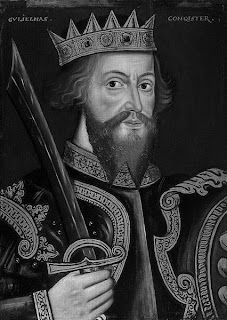 King William I: Surprisingly, I often find myself having a higher opinion of William the Conqueror than most Englishmen, I assume because of nostalgia for Saxon England, but I tend to at least entertain the possibility that he may have been the chosen heir as he claimed, he did have the full blessing of Pope Alexander II (which mattered back then) and it wasn’t all cakes and ale in Saxon England before the Norman conquest of 1066. He seems to have been a very talented warrior, not the most upright or likeable guy in the world, but his harshness in England was provoked rather than planned. I think he would have preferred to have everyone cooperate with him but when anyone did not -they were destroyed totally. He was a harsh man who lived in harsh times, sure not to ever be a favorite, he was capable and died in battle which is usually good for a king to do.

King William II: I think better of his father than I do of “Rufus” who was still at least competent, seemed well liked by his soldiers (which was very important in those days) but whereas his father took religion seriously (even if he didn’t always live it) and enacted beneficial reforms, the court of William II was reportedly a little on the licentious side and he didn’t have much time for the Church. That does not endear me to him, nor his reputation for being heavy on the flash but light on the substance. He did not marry and never had any children which English monarchs often seem to be applauded for but which I tend to take as a dereliction of one of the most basic royal duties. I remember he died in a hunting accident (if I’m not mistaken) which might not have been entirely accidental.

King Henry I: No very strong feelings are stirred in me by Henry I. His reign, as I recall, was dominated with reconquering Normandy and the “investiture dispute” with the Catholic Church. In the final settlement he sacrificed form in favor of substance so that it was still basically the King who picked the bishops and opinion of him will be divided over whether or not one thinks that was a good thing. Personally, when it comes to choosing bishops I have not been impressed with the record of royals or popes. King Henry I doesn’t stand out much to me but sometimes some of the best monarchs are those who seem unimportant simply because they were so good at keeping the peace and maintaining calm and contented countries.

King Stephen: King Stephen “of Blah” as I like to call him, spent his reign locked in battle with Empress Matilda for control of England and he suffers in my view simply from being a less interesting character than his archrival. He stopped a Scottish invasion by negotiation rather than victory and based on how troubled his reign was King Stephen doesn’t seem to have been terribly strong or effective as a national leader. His buying off of enemies and lavish lifestyle laid the foundation for some financial problems and accompanying discontent which certainly did him no favors. About the best I can say about him was that things could have been worse and most of his rule seems to be a succession of minimizing disasters as much as possible.

Posted by MadMonarchist at 12:10 AM