Abdication Chatter the World Over 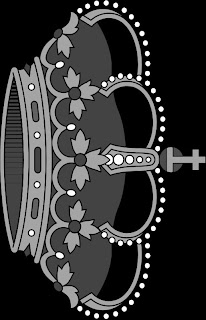 Abdication seems to be in the air these days. HM Queen Beatrix of The Netherlands announced her upcoming abdication first (now rapidly approaching), which was no great surprise. Then, Pope Benedict XVI surprised everyone by his sudden abdication and now talk of abdication seems to be all the rage from one side of the world to the other. One case, and surely the most problematic, is in the troubled Kingdom of Spain. Chatter has been increasing as of late that HM King Juan Carlos I should abdicate in favor of the Prince of the Asturias, with some going so far as to suggest that the survival of the monarchy may depend on it. I hope that is not the case, but the way things have been going lately, I cannot help but be rather nervous about the subject. It seems incredible, at least to me, that the image of the King of Spain could have fallen so far, so fast over what seems (again, to me at least) something so trivial. It started with the safari in Africa and that greatly offended me. Not that the King might have dispatched a ponderous pachyderm but that the peevish public should pout so over that rather than their elderly monarch breaking his hip.

We are told that it was not just that the King might have shot an elephant but that he was vacationing while Spain is in the grip of a disastrous economic crisis and is faced with “harsh” austerity measures. Sorry, I don’t buy it. His Catholic Majesty’s little hunting trip did not cost the Spanish taxpayers a single euro and I see no reason why the King should suffer for the poor economy caused by the idiotic politicians that the Spanish public voted into office. It was the people, not the King, who voted for the men who spent money Spain did not have and it was they who kept voting for more spending, more borrowing and on and on until doubts began to surface about the ability of Spain to make good on such a vast debt. Then came the scandal involving the King’s son-in-law and lately the Infanta Cristina which is almost as ridiculous. Overnight it seemed that Spain became a completely different country. A public that once adored their monarch for giving them democracy suddenly became angry and demanded apologies (which they got). How about every Spaniard who voted for the last couple of decades apologize to the King for ruining his country and to their children (the few that have any) for sacrificing their future for their own immediate comfort? 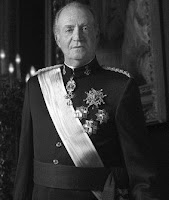 When he came to power, King Juan Carlos gave the Spanish people the right to choose. It should be obvious to all by now that they chose wrongly and now they are mad at the King who made it possible for them to have a choice. I see behind all of this a simple but tried and tested political tactic of distraction. The politicians do not want to be blamed of course, even though they drew up the bills, voted on them and passed them into law. The public, likewise, does not want to accept responsibility for their own short-sighted decisions and so the King and Royal Family make for very convenient targets for public anger and frustration. Spain did not fall into financial crisis because the King went on safari or even because of any of the allegedly creative means of saving money devised by his son-in-law. Spain fell into financial crisis because of the voters, the politicians they elected and the decisions they made. Yet, in the end, it may be the King of Spain himself, the one innocent party in the whole of the Spanish government, who is the only one to lose his job because of the mess the country is in. 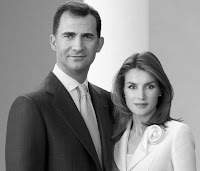 And so, the issue of abdication is being put about. Will it happen? I hope not and not just because I like the King personally. It would set a dangerous precedent in a country which has not had the most stable monarchy in the world to say the very least of it. If His Catholic Majesty himself has spoken on the subject, I have not heard about it. Some time ago, I do recall HM Queen Sofia saying that abdication was never going to happen. I hope she is right, even though I have no doubt that Prince Felipe and Princess Letizia will make an excellent King and Queen when their time comes. However, Queen Sofia herself is an example of how radically Spain has changed in recent years. Once, no one would have dreamed of saying an unkind word about her. Then, everyone blinked one day and suddenly she was being attacked in the media for being opposed to gay “marriage”. Yeah, imagine that, the *Queen of Spain* supporting the position of the Catholic Church on marriage. Go figure, huh? 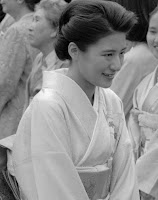 Recently, far away from the Spains on the other side of the world, the subject of abdication has also been brought up and this one seems not quite so simple. The “where” is Japan, “Land of the Rising Sun” but the “who” is not the Emperor but rather HIH Crown Prince Naruhito. 81-year-old religious studies scholar Tetsuo Yamaori recently wrote an article suggesting that the Crown Prince should abdicate his position as heir to the throne for the sake of his family. There was talk about a new face for the monarchy, a new style and all that usual nonsense (at least as I see it) but the bottom line was one that, I have to admit, had at least somewhat of a ring of truth to it. The abdication was really suggested not so much for the sake of the imperial heir himself but for his wife Crown Princess Masako. Yamaori pointed out, quite correctly, that it has been ten years since the Crown Princess had her nervous breakdown (for lack of a better word) and has been kept out of the limelight, staying away from usual “royal” duties. Further, all of the medical reports on her for the last ten years have sounded very much the same, talk of progress but no end or full recovery in sight.

The basic proposition, in so many words, was that the Crown Princess is just not up to the “job” of being Crown Princess or, one day, Empress consort. If she is unable, is it perhaps best for her to make room for someone who can? That is where the idea of abdication comes in. Yamaori suggests that the time is at hand for the Crown Prince to make a choice and perhaps the best choice for his wife and daughter would be to renounce their positions in favor of his younger brother and sister-in-law whose son, according to the current rules of succession, is set to become Emperor of Japan in the future anyway. I have to admit, as much as I dislike abdications in general, this seemed to make some sense to me. The ardent fans of Crown Princess Masako may take it as a slight against her, but it certainly is not as far as I am concerned. She seems like a very kind and lovely woman and I have nothing but the fondest feelings for her. However, I have been annoyed by the way some people have seized on her case as a way of being critical of the monarchy, as though she is the poor, suffering victim of “the establishment” in much the same way that some did regarding Lady Diana in the UK. If they still held such a view, would it not be best to free her from her gilded cage? Personally, I do not take such a view, nor have I ever viewed the Imperial Household Agency as the bogey man that so many others seem to. However, it does seem fairly clear that Crown Princess Masako is simply not up to the task of fulfilling her duties. This little hiatus has been going on for a decade now. 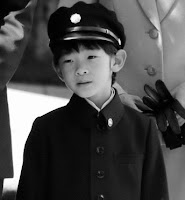 I always like to see monarchy pass from father to son regardless of the circumstances but is it possible that, perhaps, the more moral thing for the Crown Prince to do would be to look to his own family first and, if the current arrangement is one they cannot thrive in, to remove them from it? Again, little Prince Hisahito is set to become emperor someday anyway, so stepping aside in favor of Prince Fumihito of Akishino would only mean that the line would go from father to son to grandson rather than from father to son to nephew. It is in my nature that I never like to see things changed, but could this perhaps be for the best? Of Spain I have no doubt but concerning Japan I am less sure. In an interview, Yamaori asserted that when the balance between religious authority and political power is upset the country invariably falls into disaster. I would tend to agree and might even suggest that, on the other side of the world, Spain is proving the point.

Feel free to share your thoughts; to abdicate or not to abdicate -that is the question.
Posted by MadMonarchist at 12:20 AM