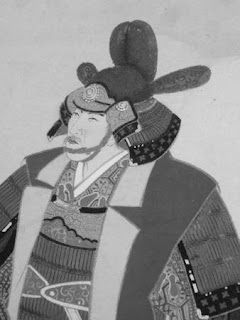 Toyotomi Hideyoshi remains one of the giant figures of Japanese history and an embodiment of the great warrior leaders or daimyo who oversaw the unification of Japan and set the country on course to become a major power. Toyotomi Hideyoshi was also known as a particularly great general and military leader who launched a massive invasion of Korea and harbored grand ambitions for the future of Japan. His victories were so brilliant and his vision so grandiose that later western historians would nickname him the “Japanese Napoleon”. In Japan itself he was a key figure in uniting the country, establishing law and order, ending slavery and leaving behind a magnificent cultural legacy in everything from buildings and monuments to the tea ceremony. He reunified Japan, replacing the Sengoku period with his own Momoyama period. Much of his origins remain a mystery but he was probably born in either 1536 or 1537 in Nakamura-ku, Nagoya to a simple peasant soldier. Sent to a temple for his education as a boy, Hideyoshi soon ran away and changed his name, looking for adventure and opportunity. 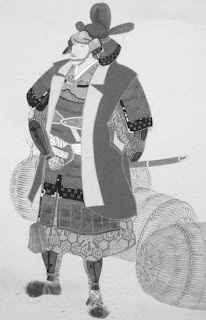 He traveled quite a bit, working for this or that daimyo or lesser local rulers before returning to his home province (Owari) in 1557 and joining the military forces of his lord the famous Oda Nobunaga. This man would have a great influence on his life as it was Nobunaga who first started the campaign to unify Japan under a single government and set the pattern for shogun rule which would last until the Meiji Restoration in 1868. However, he would have to rise from the bottom up as he began in just about the lowest form of service. However, he was observant, learned quickly and showed a great deal of natural talent. He witnessed the battle of Okehazama which was one of the most significant victories of Nobunaga in 1560 and married the following year. He gained greater prominence by supervising the repair and strengthening of Sunomata Castle deep in enemy territory. Hideyoshi went on to show his diplomatic as well as strategic skills in forcing the surrender of some enemy positions and gaining the allegiance of numerous local lords and samurai for the flag of Nobunaga. Because of all of this, and his increasingly valuable military service, such as in the fall of Inabayama Castle in 1567, Hideyoshi rose to become one of Nobunaga’s most trusted generals.

He played a key role in the victorious battle of Anegawa in which the Oda forces allied with the Tokugawa in 1570 and three years later Nobunaga made him daimyo of three districts from which base he further established himself and became very important in organizing logistical support such as in the increased production of muskets and in 1576 he again took the field to conquer Chugoku. After 1582, when Nobunaga was assassinated, Hideyoshi gained the support of many clan leaders and in the aftermath defeated his rivals to be recognized as the successor of Nobunaga. In 1583 he began building Osaka Castle which would be the primary base of the Toyotomi clan and which remains one of the most recognizable landmarks in Japan today and a symbol of the cultural heritage of the country. When through warfare and diplomacy he overcame Tokugawa Ieyasu which effectively made him the most powerful man in Japan. In 1585 he was named regent, along with other titles and in 1588 had the honor of hosting His Majesty Emperor Go-Yozei. He subdued further regions and by 1590 had eliminated all domestic resistance to his rule. 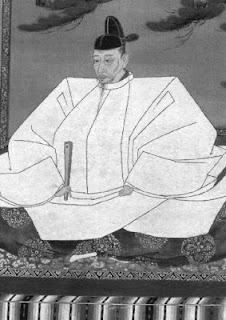 With Japan united under his rule the aging Hideyoshi turned his eyes west and took up the long-held dream of his former lord Nobunaga to conquer the Ming Empire of China and dominating the trade routes to Europe. This was certainly an ambitious plan but certainly not impossible as few would have expected that the Mongols could have conquered China either. The key for this campaign, however, was Korea as the peninsula was the only viable route for Japanese forces to reach China. Hideyoshi opened talks with the Koreans, whose king was a vassal of the Ming Emperor (as most surrounding monarchs were) hoping that they would allow Japanese forces to pass through Korea unmolested. To do so, however, the Koreans knew they would be counted as enemies by the Chinese and if, on the other hand, they refused, China would be obliged to help defend them. However, China had problems of its own and the Korean government was critically divided against itself. With no cooperation forthcoming and Korean and Chinese forces both distracted, it was the perfect time for Hideyoshi to strike.

In 1592 the first Japanese troops landed in Korea and by the following month they had swept aside all opposition and occupied the royal capital of Seoul, the court fleeing to Pyongyang until that city too fell to the Japanese. By the following year though resistance was mounting as Ming Emperor Wanli dispatched a large Chinese army to Korea to block the Japanese advance and re-conquer the peninsula. The combined Sino-Korean forces began pushing the Japanese back, re-taking Pyongyang and advancing into the south before stalling in front of Seoul. Hideyoshi sent another expeditionary force to Korea but they were barely able to hold their own against the masses of Chinese troops to their front and debilitating Korean guerilla warfare in their rear. The Japanese still managed to fight off several massive offensives before Hideyoshi accepted that victory was impossible and ordered them to withdraw. He died on September 18, 1598 before the retreat was completed and the sad news was kept secret until all the warriors were back on Japanese soil. 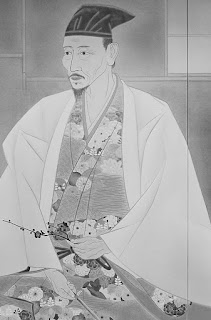 Toyotomi Hideyoshi died on September 18, 1598 but his legacy lived on and remnants are still around today. He did some things that were good and some things were probably not so good but his impact was immense. He unified Japan like never before and proved that a united Japan could be a major power. He left behind many magnificent buildings and new traditions, he is often criticized for disarming the population and making the samurai a permanent, established warrior class, yet, while this did almost end any sort of social mobility, there were benefits that came with it too. Farmers could concentrate on farming and the samurai could concentrate on perfecting their martial skills. His restrictions on movement wiped out banditry and made the country more peaceful and secure and the better organization improved the fairness of taxation. He abolished slavery and established a ruling council of five daimyo to ensure the stable continuation of the unified Japan. His only son having predeceased him, after the death of Toyotomi Hideyoshi power was eventually taken by Tokugawa Ieyasu who maintained the foundations Hideyoshi had put in place to become the first shogun and open the era of shogun rule which lasted until the Meiji Restoration.