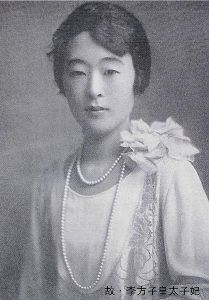 A very interesting royal figure of the last century, with a colorful and even inspirational life, yet who is not very well known in the wider world, was the Japanese-born last Crown Princess of Korea. She was born Princess Masako Nashimoto on November 4, 1901 to Prince Nashimoto Morimasa and Princess Itsuko in Japan. She was a first cousin to the future Japanese Empress Kojun (consort of the Showa Emperor), Princess Yoshiko (consort of Prince Yi Geon) and Princess Setsuko (consort of Prince Chichibu). She had a traditional upbringing for a Japanese girl of her day and rank and as she grew into a young woman was considered as a potential bride for Crown Prince Hirohito (one of the top three contenders), however, her family was not the most well-connected in the country and there were concerns about her fertility and so she was finally dropped from consideration. However, she had enough marks in her favor to qualify for the very best when it came to marriage considerations and soon she was singled out as a possible match for the Korean Crown Prince Euimin (or Yi Un) who had been studying in Japan since 1916. 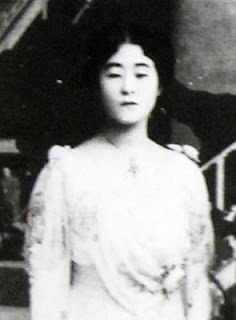 The princess was then still attending school at the Girls’ Department of the Gakushuin Peers’ School in Tokyo, an institution that then served exclusively the aristocracy and Imperial Family (the next two emperors would be graduates). However, the marriage discussions went ahead and proved acceptable to both sides. The diplomatic and family arrangements were made and on April 28, 1920 the Princess was married to the Crown Prince of Korea at the “Korean King’s Palace” (as it was called) in Tokyo as by that time (since 1910) Korea had been incorporated into the Japanese Empire. After her marriage she became known officially as Her Royal Highness Bangja, Crown Princess Euimin of Korea. Earlier worries about her fertility proved unfounded as the following year, on August 18, 1921, she gave birth to her first child, Prince Jin, who sadly died the following year while the couple were visiting Korea, but on December 29, 1931 she produced another son; Prince Gu. By that time the Crown Princess had, officially, moved up in the world as following the death of the former Emperor Sunjong in 1926, her husband became King of Korea and she, officially, the Queen.

The Korean Royal Family was maintained by the treaty through which Korea became part of the wider Japanese Empire, only renouncing their briefly held “imperial” rather than “royal” status. However, because of the situation, her husband was never given the formal “coronation” and so most continued to refer to the couple as Crown Prince and Crown Princess rather than King and Queen as they legally were. During this time the Crown Prince was serving in the Imperial Japanese Army, eventually rising to the rank of general and, after transferring to the army air force, as commander of the First Air Army. However, the couple had time for a more settled domestic life after he took a position teaching at the Military Staff College and serving on the Supreme War Council during World War II. Through it all, the Crown Princess was a devoted and supportive wife, never forgetting her own background of course but, because of her marriage, taking a special interest and having a special care for the people of Korea who, like so many others, endured a great deal of suffering and hardships in those difficult times. As the devoted wife that she was, Korea was very much her own country as well. 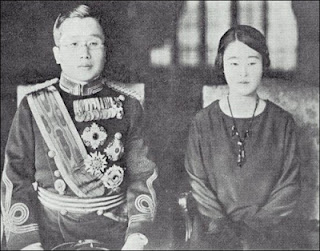 Major changes, of course, came with the end of the war and the surrender of Japan in 1945 when Korea was occupied by American and Soviet forces. The northern half quickly became a communist puppet-state while in the south, while preferable to the situation in the north, the United States had no intention of maintaining the monarchy, especially given the service of Korean royals in the Japanese military; regardless of the circumstances surrounding that service. All hereditary titles were abolished and the monarchy, already reduced to a largely legal status, was simply swept aside along with the surrender in 1945. All of this was done, needless to say, without ever consulting the Korean people, many of whom still remembered their traditional ways and held a special place in their hearts for the Royal Family. It was, in fact, because of this that President Syngman Rhee refused the request by the Crown Prince, still in Japan, to bring his family home to Korea. The President feared that the people might rally to the Crown Prince and restore the monarchy -putting him out of a job.

It would be little consolation that after a long and controversial presidency, Syngman Rhee himself would end up living out his final years in exile himself in the U.S. state of Hawaii. However, these were hard years for the Crown Princess and her husband and son. Japan had been ruined by the war, all those who had formerly held some status found themselves with none. The country was also under American occupation and because, legally, Korea had always been separate from Japan, the couple did not even have the status of citizens but were simply regarded as Koreans residing in Japan even though, at that time, the Korean government was denying them as well. Still, the Crown Princess and her family endured, despite living in extremely modest conditions (some would even say impoverished conditions) and she never lost her kind attitude and compassionate nature. Considering the misfortunes that had been heaped on this couple, through no fault of their own and because of circumstances far beyond their control, anyone would have forgiven them for showing at least a little bitterness at their grossly unfair situation. However, they refused to give in to such attitudes and longed only to return to Korea to be of service in any way. 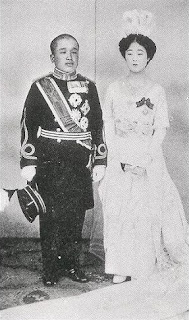 That opportunity finally came in November of 1963 when President Park Chung-hee invited the Royal Family to return. However, it was a bitter-sweet homecoming as the Crown Prince was practically comatose by that time. His health had been fading fast and he had earlier been forced to turn down an invitation by the South Korean government to be their ambassador in London because of it. The family returned and was allowed to take up residence in Changdeok Palace in Seoul but the Crown Prince was taken immediately to the hospital where he remained for what little remained of his life with the attentive Crown Princess ever at his side. He died on May 1, 1970 after which Crown Princess Bangja was on her own for the first time in her life. Still, she determined to devote herself to the service of others and devoted herself to the care and education of the handicapped and mentally disabled. In time, her work spread and she became the leader several charitable organizations dedicated to that cause, which she invariably did in the memory of her late husband. An added difficulty was the rise in anti-Japanese prejudice in Korea which caused some to resent her, seeing her as simply a Japanese woman rather than the last Crown Princess or Queen of Korea. But, to her credit, she never let that be an obstacle and to the credit of the Korean people, most judged her by her great good work. 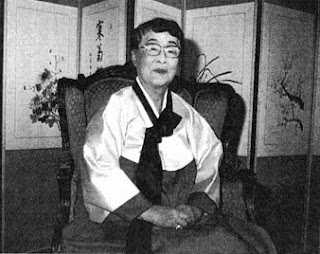 And that work continued to prosper with the Crown Princess opening a special hospital for the deaf, mute and paralytic. Later she also opened two special schools for education of the handicapped. By that time almost all prejudices had been dropped as the Korean people adored her for her compassion and dedication and often referred to her as the “mother of the handicapped”. It was a title well-earned as the Crown Princess viewed everyone so afflicted as someone special to her and who she was determined to see be given every opportunity possible. She was a model of charity and compassion and remained so to the very last. The Crown Princess finally passed away from cancer at the age of 87 in Nakseon Hall in Changdeok Palace on April 30, 1989. Because of her great popularity and good works the South Korean government honored her with a “semi-state” funeral attended by many dignitaries, including Prince and Princess Mikasa of Japan. She was laid to rest alongside her beloved husband at Hongyureung, Namyangju outside Seoul. She was also not forgotten by her own family, the Nashimoto, who continued to support her charitable foundations after her death and some of whom made a special visit to South Korea in 2008 to pay tribute to the Crown Princess who had lost a throne in Korea but gained the hearts of a country through her dedicated service to the least of those around her. She deserves an honored place in the ranks of Korean royalty and should be an example to others of persevering in the face of adversity with kindness and compassion.