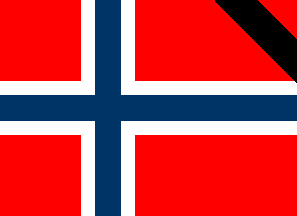 The usually peaceful Kingdom of Norway has been hit by a terrible double-terrorist attack with a bombing at the offices of the Prime Minister in Oslo and a mass-shooting at a nearbye youth camp. Police say the two events are linked. So far, I have not heard who or what group authorities think may be responsible. Some have speculated that in may involve a former Al-Qaeda official from northern Iraq who was (foolishly) granted asylum in Norway. The Norwegians have since been trying to deport him but (what a shock) he doesn't want to go and has been fighting it in court while also making violent threats against the Norwegian state. You know, there was a time when this sort of think did not, would not and could not ever happen but now isn't the time to go into that. Our thoughts and prayers are with the Norwegian people at this difficult time and with the victims of this senseless slaughter. May God be with them.
Posted by MadMonarchist at 2:20 PM