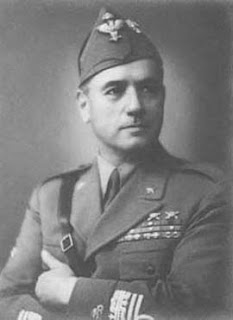 It is quite satisfying to know that the man widely regarded as the most talented Italian general of World War II was a monarchist. Giovanni Messe was born in Mesagne, Apulia, Italy on December 10, 1883 and decided to pursue a military career in 1901. In 1902 he volunteered for service with the Royal Italian Army, enlisting as a private soldier. However, he proved himself so capable that only a year later he was made a noncommissioned officer and participated in the Italian expeditionary force to China as part of the international effort to suppress the violent Boxer Rebellion. His superiors were impressed with his abilities and he was given the chance to join the ranks of the officer corps in 1910 when he attended the Modena Military School. Applying himself, he graduated quickly and was commissioned lieutenant. In 1911-1912 he served in the victorious war against the Ottoman Empire and earned promotion to captain during the conquest of Libya. 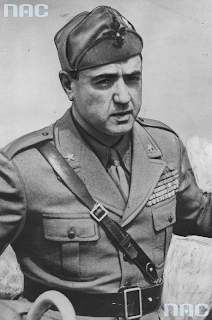 When World War I came, like many later Italian officers of high reputation, he first proved his military talents in a major way. Most significant was his contribution to the creation of the Italian ‘shock troops’ or “Arditi” units which were crucial to the resurgence of the Italian forces and their march to final victory. Promoted to major, he was given command of an Arditi battalion and earned high praise for his conduct in the June 1918 counterattack on Mt Grappa. After the war, he continued to show his worth, commanding assault troops in Albania in 1920, winning promotion to colonel in the famous Bersaglieri, serving in the War Ministry and in 1935 he was given command of the mobile Celere Brigade. He performed with his usual ability in the Second Italo-Abyssinian War and was promoted to major general and given command of an armored division. He commanded occupation troops in Albania and after the invasion of Greece in 1940 was appointed to command a special army corps to deal with the Greek counter-attacks. The successes of his forces were one of the few bright spots of that campaign for the Italian forces.

However, what General Messe is probably most known for was his contribution to the war against the Soviet Union. In July of 1941, after their first commander fell ill in Austria, Giovanni Messe was prompted to the temporary rank of lieutenant general and given command of the Italian Expeditionary Corps in Russia. This often overlooked military force represented the Italian contribution Mussolini was determined to make in the massive Axis invasion of the USSR, usually described as simply a Nazi or German invasion but which actually included a huge number of troops from all over Europe, from Spain to Scandinavia. Originally a corps of about 60,000 men, the Italian Expeditionary Force later grew to about 200,000. General Messe, however, was not pleased with this. At the outset he pointed out the gross insufficiency of their equipment and supplies, particularly considering the harshness of conditions on the Russian front.

General Messe expressed the opinion that his corps should not have been enlarged unless the Italian government could keep them properly supplied and they had been unable to do so even with the initial contribution. However, Mussolini wanted a much larger force to show that Italy was making a valuable contribution to the “crusade against Bolshevism”. The conflict between the general and Mussolini over this issue eventually led to him being replaced, however, during his roughly four months in command he had done quite well and was recognized by the Germans by the award of the Knights Iron Cross. On January 31, 1943 Messe was promoted to full general and sent to take command of the First Italian Army in Tunisia, a unit formerly led by the famous German Field Marshal Rommel and which was best known as the “Africa Corps” (though the German Africa Corps was only one part of a larger force and two-thirds of the troops were Italian throughout the war). 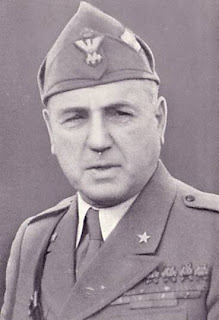 Of course, by that time, the war in North Africa was over for the Axis and everyone knew it as the British closed in from the east and the Americans from the west. Still, General Messe performed with his usual talent, fighting a delaying action, trying to hold off the Allied armies as long as possible. His task was impossible but Messe still managed some successes, holding the Allies at the Mareth Line for a time with some defensive victories. On May 7, 1943 Giovanni Messe was promoted to the rank of Marshal of Italy and the following day he surrendered to the Allies. He was later repatriated to Italy to take up the post of chief of staff of the reorganized Italian army after HM King Victor Emmanuel III dismissed Mussolini and made peace with the Allies, eventually joining them after the Germans occupied most of Italy. Marshal Messe had served as military secretary to the King from 1923 to 1927, before his promotion to colonel, and he was devotedly loyal to his monarch at all times and so it was only natural for him to fight against those who betrayed their loyalty to the King in favor of a political strongman.

Marshal Messe remained chief of staff until 1945 after which time he left the army, one of the few men who had earned the respect of the Allies as well as the Germans and of course his own troops who admired him for his care of them as well as his skill. He wrote two memoirs and in 1953 entered Italian politics as a senator for the Christian Democratic Party. He later founded the strongly monarchist UCI or Italian Veterans Association. In 1957, his loyalty never wavering, he was elected to parliament again as a member of a monarchist party and he was reelected in 1963 with the Liberal Party (which does not mean the same thing in Italy as it does in places like America for example). His eventful life finally came to an end when he died in Rome on December 18, 1968 at the age of 85.
Posted by MadMonarchist at 12:17 AM