A Sad Anniversary for Portugal 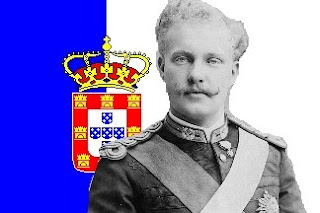 As a blog reader reminded me, today is the anniversary of the regicide of His Most Faithful Majesty King Carlos I of Portugal in 1908. His reign was troubled by a number of issues, one of the first of which was a colonial settlement with Great Britain which was practical but unpopular. There was also a rapidly worsening economic crisis for which the King was often unjustly blamed, mostly by rabble-rousers trying to gain power by turning public opinion against the monarchy. The Royal Family was returning home to Lisbon when they came under attack from two republican terrorists. One, a former sharpshooter in the army, had a rifle hidden under his coat and opened fire. The King was killed instantly, the Crown Prince Luis Filipe was mortally wounded and Prince Manuel was slightly wounded as well. Europe was shocked by the news. It had been hoped that the days of royal murders had ended with the start of the 20th Century but it was not to be. The throne passed to the young King Manuel II but the Portuguese monarchy was not to survive much longer. When neighboring Spain also fell to republicanism monarchy was all but gone from Iberia. Like other murdered monarchs before him, and others after, King Carlos I suffered unjustly at the hands of traitors with talent as propagandists who succeeded in making at least a large portion of the public blame the King for all of the ills Portugal was suffering which was actually the result of many mistakes by the ministers of many governments over a considerable period of time. Perhaps, one day, the truth will take the place of lies and baseless accusations in judging the case of King Carlos I of Portugal.
Posted by MadMonarchist at 12:13 AM

Email ThisBlogThis!Share to TwitterShare to FacebookShare to Pinterest
Labels: anniversary, carlos I, Portugal