The Day Texas Left the Union 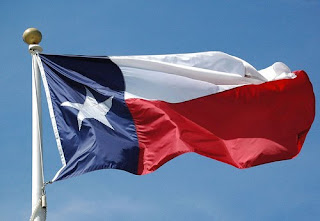 On this day in 1861 the Texas legislature voted to secede from the Union, the seventh state to do so. This action was taken after delegates from across the state met in a secession convention and declared that, “Therefore, We the people of the State of Texas, in convention do declare and ordain…that the compact under which the Republic of Texas was admitted into the Union…be and is hereby repealed and annulled…” The legislature then voted 166 to 7 to dissolve the Union (the second largest majority of any seceding state) and the issue was then put to the voters for approval or rejection. In the referendum that followed secession was approved by a massive majority of 46,129 to 14,697. The ordinance of secession was written to officially go into effect on March 2, the anniversary of the day in 1836 that the independence of the Republic of Texas was declared from Mexico. Governor and former President of Texas Sam Houston opposed secession and his office was later declared vacant when he refused to give allegiance to the new government.*

The actions of the current administration has caused some of this history to be brought to mind again as the sitting Governor of Texas last year warned the federal government that their overreaching and socialist policies, if pursued further, could lead to secession. However, this was clearly worded as a warning rather than a promise or an avocation as he quickly added that we have a good union and it would be a shame to see it dissolved. However, in the most recent gubernatorial debates all of the three conservative candidates said they would at least consider invoking state sovereignty to nullify any law allowing a federal takeover of the healthcare system and two of the three professing that dissolution of the union between Texas and the other states could be a possibility albeit one that should be considered a last resort.

*A monarchist note: one of the most popular commanders of Texas troops in the ensuing war was a French prince (who will be covered in a future profile) and others went on to fight for Emperor Maximilian of Mexico after the war.
Posted by MadMonarchist at 3:31 AM