The Italian Family Feud, In Brief 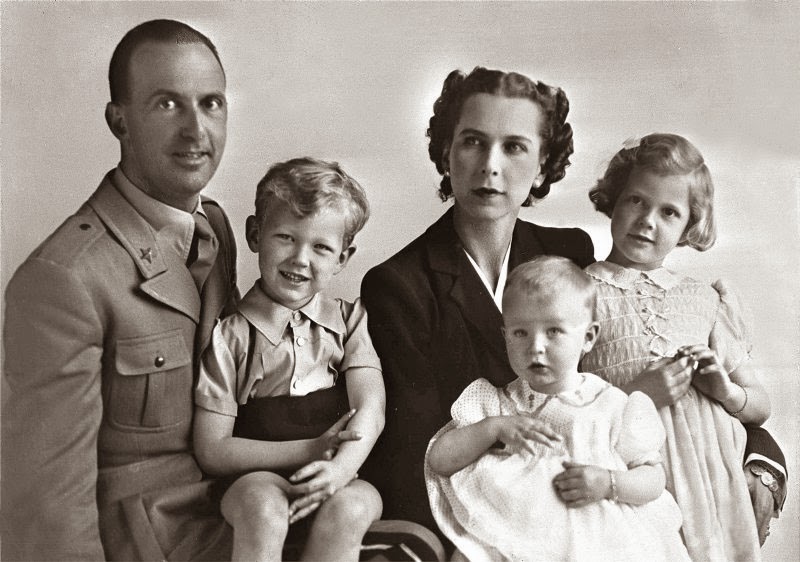 At least one problem with succession disputes is that die-hard monarchists tend to obsess over them while the general public couldn’t care less and for the most part is totally unaware that they even exist. They divide what is already a minority opinion and have been able to deter the restoration of monarchies where support for a republic was low. Obviously, a country being deprived of a monarch because a Royal Family and their supporters cannot agree on who that monarch should be is shameful. Yet, for at least some monarchists, it seems disputed successions is what they live for and everyone in the world must be divided up into two warring camps. That is the issue that is foremost in their mind and before all else they want to know which royal candidate you support so that they can immediately classify you as a friend or as an enemy. There are, sadly, many to choose from as it seems there is hardly a monarchy left on earth that at least someone is not willing to challenge the legitimacy of or no former monarchy that someone can not find some reason for disputing the succession to. One of those is the succession to the Italian throne. The bad news is that it has caused real damage to the monarchist cause and real pain for the Italian Royal Family; the venerable House of Savoy. The good news is that it is not as complicated as some others and, if everyone is prepared to behave themselves, seems set to solve itself in due time. For those unfamiliar, this is the story of the disputed succession to the Italian throne.

On May 9, 1946 His Majesty Umberto II became King of Italy upon the abdication of his father, the “Soldier King”, Victor Emmanuel III. The new Italian Royal Family consisted of King Umberto II, his Belgian wife Queen Marie-Jose and their children Princess Maria Pia, Crown Prince Victor Emmanuel, Princess Maria Gabriella and Princess Maria Beatrice. Unfortunately, in June, a fraudulent referendum declared Italy a republic and King Umberto II and his family were forced to leave the country. The King absolved everyone of their oaths of allegiance and urged them to serve their country but never abdicated and never recognized the referendum as valid or the republican government as legitimate. The Italian republic also quickly enacted a new constitution that forbid any future restoration of the monarchy because while republics boast of trusting their people to choose the leader of the country, most do not trust those people to choose the form of government itself. Odd that. In any event, King Umberto II managed something of a ‘court in exile’ still granting titles of nobility and managing the chivalric orders of the House of Savoy. However, as his children grew up, particularly his son Crown Prince Victor Emmanuel, family problems were on the horizon.

The crisis began with a marriage but there was another scandal that occurred first which may have set the scene for what caused the eventual division of the Italian monarchist community. In 1969, the Crown Prince, Victor Emmanuel, Prince of Naples decided to give himself a major royal promotion and attempted to usurp the position of his father. He began styling himself “King Victor Emmanuel IV” on the ridiculous grounds that his father had forfeited his position by accepting the outcome of the republican referendum in 1946 (which was ridiculous as it stood but also completely dishonest as the King had done no such thing). By this time, of course, King Umberto II was quite elderly and may have been unaware of the antics of his only son. He claimed the right to act as head of the House of Savoy and in that capacity raised his longtime, common-born, girlfriend to the nobility with the title of Duchess. The following year, 1970, the Prince of Naples, married without the consent of his father his longtime girlfriend-turned duchess Marina Doria in a civil marriage in Las Vegas, Nevada. Whether the King withheld his permission because the bride was a commoner or because it was a civil rather than Catholic ceremony is unknown but it is clear that his consent was not given nor is there any reason why it should have been sought by the couple considering that the Prince of Naples had already declared his own father deposed and himself the true King-in-exile.

What mattered was that this was contrary to the 1780 rules of the House of Savoy set down by King Victor Amadeus III that any family member who marries without the consent of the King forfeits their titles and that of their descendants. Strictly speaking, according to this statute, as soon as the Prince of Naples said, “I do” the heir to the throne automatically became his cousin Prince Amadeus of Savoy, Duke of Aosta. However, the supporters of the Crown Prince will point to some actions by the King which suggest that he privately came around to approving of the marriage and that there was a rapprochement between father and son. A religious wedding ceremony was held in 1971 in Tehran, Iran though the King did not attend. He did, however, attend the baptism of their son, Prince Filiberto, and gave him the title of ‘Prince of Venice’. However, the problem with that is that no documentation was made of this and the title itself was practically unheard of in the history of the Italian monarchy, being only previously used by the step-son of Napoleon Bonaparte. The story also made it around that the King knew his son was going to marry without his consent and had summoned the Duke of Aosta to his home in exile in order to confer upon him the status of ‘heir to the (former) throne’ and that it was this which prompted the Prince of Naples to attempt to oust his father as head of the family.

In any event, the King never wrote anything more down or said anything publicly about what was obviously a painful, private matter for the family. Before his passing, however, he did bestow the highest order of knighthood of the House of Savoy on the son of the Duke of Aosta, rather than his own grandson Prince Filiberto, which many took as a clear sign of who he intended to lead the family in the future. The last King of Italy to date, Umberto II, died in 1983 and his son, the Prince of Naples, immediately declared himself (again) head of the family and, in an attempt at reconciliation, Queen Marie-Jose urged her daughters to rally in support of their brother. They did so at the time as did some other family members and the greatest asset of the supporters of Crown Prince Victor Emmanuel is that no one really said anything in opposition to him for years until a series of increasingly more embarrassing scandals (including an arrest and some jail time) brought him into disrepute. It was only at that time that the Duke of Aosta openly declared the succession of his cousin to have been invalid on the grounds of his marriage and that he, Prince Amadeus, was the true head of the House of Savoy.

This means that both sides have a legitimate case to make but it is rather straightforward. The marriage of the Prince of Naples was clearly done without the consent of the King and there is no doubt violated the Savoy rules of succession. His subsequent behavior also left much to be desired but is, ultimately, irrelevant to the legal issue of the leadership of the dynasty. There is also no doubt that the Duke of Aosta said nothing at the time about all of this, that the family seemed to support the last heir to the throne and so one must simply decide whether or not his tardiness invalidates the Duke of Aosta from claiming leadership later. He certainly has the better case to make and many monarchists have been horrified by the actions of the Prince of Naples and rolled their eyes at the Prince of Venice becoming simply a celebrity figure in Italy. However, his appearing on reality shows and television commercials and the like does mean that most Italians at least know who he is or have at least heard of him whereas the Duke of Aosta remains little known outside of specifically monarchist circles. Again, this means nothing as to the validity of his position but anyone would be foolish to think that public opinion is totally meaningless when it comes to these sorts of things. If Italy is to restore its monarchy it will not only be the minority of ardent monarchists who decide the issue.

Finally, the good news is that, despite some extreme unpleasantness, this is one succession dispute that should resolve itself -provided no one tries to do anything ridiculous. The reason for that is that the Prince of Naples has only one son, the Prince of Venice, and he has only daughters whereas the Duke of Aosta has both a son and a grandson. Therefore, in the course of time there should no longer be any grounds for dispute between the two branches of the family since the Savoy rules of succession clearly state that women may not inherit the throne. The senior line will run out of male heirs with Prince Filiberto and the Aosta line should then stand unchallenged. However, I have to add “should” there because the Prince of Venice has stated, at least once, that he may intend for one of his daughters to succeed him, discounting the house rules altogether. If that happens, the dispute could go on for a very long time to come, however, it would also mean that one side was completely disregarding the rules entirely and showing that their allegiance is based solely on personal preference. Personally, it seems clear to me that the Duke of Aosta is the proper choice but if the Italian public were totally won over by the charms of Prince Filiberto and decided to make him King of Italy, I would cheer that as well as regardless of how serious a person he might be, no one could possibly be worse than the gaggle of politicians whose corruption is only matched by their incompetence, who have been ruining Italy ever since 1946.