Of Baby Kings and Child Monarchs

I do not think I have addressed this here before so now seemed as good a time as any. I have a special fondness for child monarchs and, particularly for monarchies with very long histories, this is something many countries have experience with. First of all, let me address something of a religious nature (because there will be considerable religious issues discussed here) which is Ecclesiastes 10:16. That verse says, “Woe to thee, O land, when thy king is a child, and thy princes eat in the morning!” Aside from the strange warning against royals eating breakfast, let me say that I understand and totally accept and agree with this passage. It is clearly meant as a practical warning of the reality that a baby king will not be able to be an ideal ruler in the same way that a man of maturity and experience can be. There is no argument there and one can find other passages in the Bible mentioning how it is less than ideal to have children in positions of authority (or women though that would certainly be considered controversial at best today). I am certainly not attempting to argue that, in practical terms, it is ideal to have a child monarch. Children are, of course, incapable of ruling countries and so, in such circumstances, a regent or regents must act for them and this has often proven troublesome. 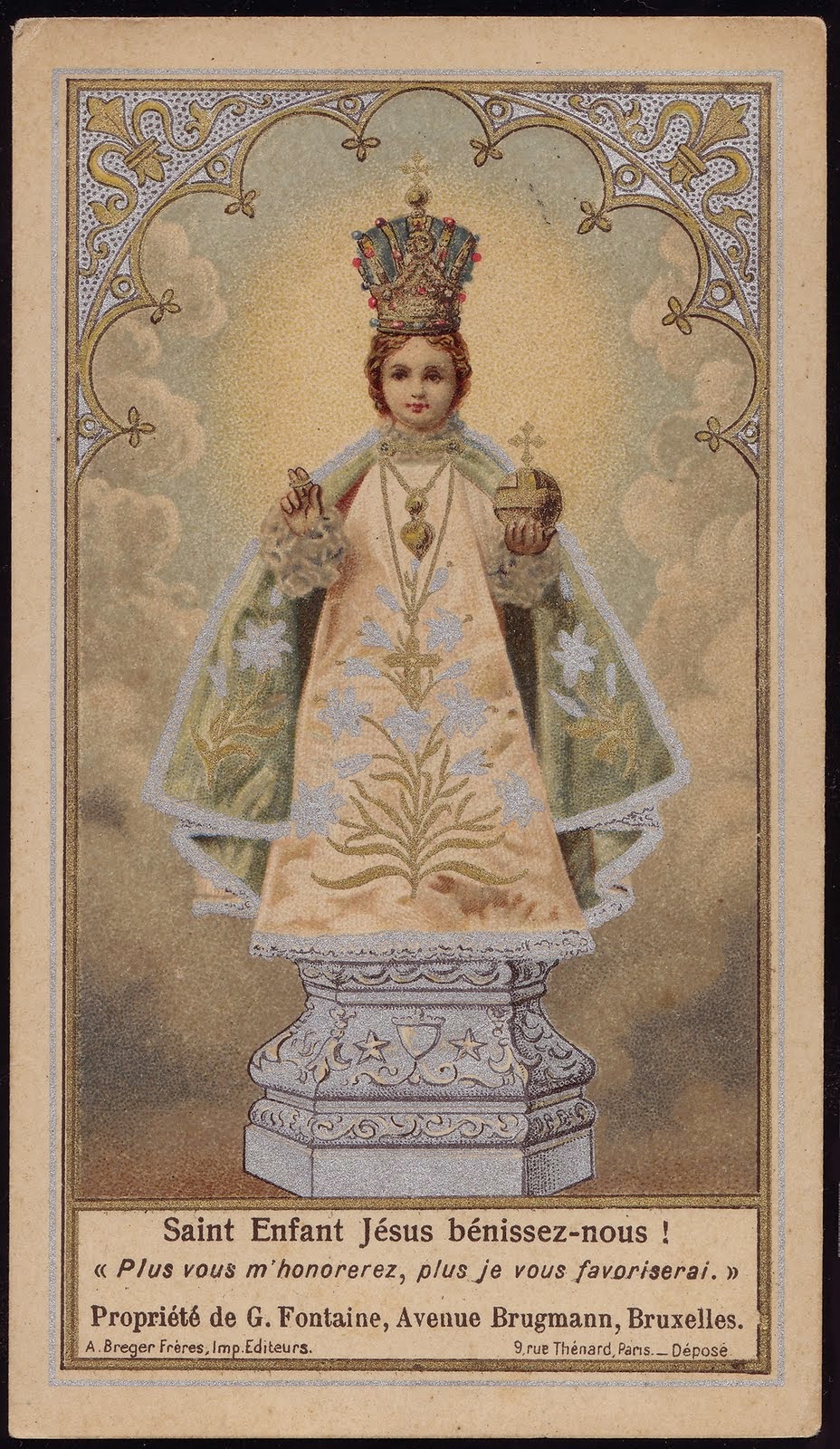 That being said, there are childlike qualities that we would all do well to emulate and Christian teaching verifies this. Jesus Christ Himself said, “Let the little children come unto Me, and do not forbid them; for of such is the Kingdom of Heaven”. Christ also said, “Verily I say unto you, except ye be converted and become as little children, ye shall not enter into the Kingdom of Heaven. Whosoever therefore shall humble himself as this little child, the same is greatest in the Kingdom of Heaven. And whoso shall receive one such little child in My name, receives Me”. Jesus Christ, of course, came to the world as a child and was able to teach us things as a child and nothing needs to be added to stress the importance of what has been said. Many devotions have come from that, one in particular being the Infant of Prague which illustrates Christ not only as a child but also as a King and in doing so shows us how things like age and outward appearance and physical weakness can go hand in hand with supreme power and authority, just in a different way. It is the image of the child monarch that I most admire and which, I think, can even be beneficial to monarchists in coming to an understanding of what monarchy is all about. 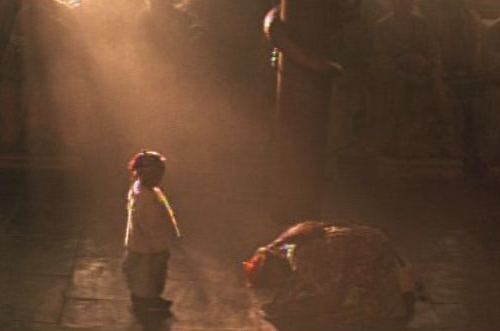 The infant or child monarchs of history have long fascinated me, originally just because of the imagery of it and, in time, because of a deeper understanding of what was on display. Many of you will remember the colorful scene in the film “The Last Emperor” in which the 3-year-old child emperor is enthroned as the Son of Heaven and Lord of 10,000 Years. He scrambles down from the throne, plays with the lifting yellow canopy and then, whips crack and the master of ceremonies cries out as the ranks of mandarins kowtow to their new sovereign. I’m sure to most modern people the image of endless rows of aged men bowing before a child would be one of absurdity. However, although it is not ideal for a country to have an infant monarch (since they cannot fill their role at such a young age) I have nevertheless considered child royals to be a wonderful example of what is important about monarchy. With their tiny frame they convey the message that in a monarchy it is the institution, not the individual, which is most important. The Crown would just be an impractical piece of jewelry were it not for what it represents. It is not how old or how strong or how handsome a king is but what they embody which is special.

A child monarch cannot defeat challengers in single combat. He cannot lead troops into battle and win victories for his country. He cannot balance a budget (of course, neither can most adult politicians these days either) but a child monarch can represent the faith of a people in their monarchy, the strength of the institution that allows a helpless babe to sit in the highest seat of the land as well as being a hope for the future. In much popular fiction and other parts of the media, child monarchs or young royals are often depicted as, basically, spoiled brats; haughty, conceited and condescending. However, in reality, there is something very humbling about the image of a baby king because it illustrates quite vividly that a monarch is chosen by birth, by legitimate hereditary right and not because he was the fastest or the strongest or the most popular. There is a feeling of great nobility or perhaps chivalry that accompanies the image of a child king who is protected by older, adult men and who stand guard over their tiny sovereign with all the seriousness and dignity of an adult king because age or physical strength does not matter. What matters is that he is the king -and that is it.

And, in truth, there are many ways in which children in general are far above the rest of society. That is what Jesus meant when He commanded all of us to be as little children; we must strive to adopt the qualities they already have. The German writer Schiller said that children are what we all once were and also what we should all be again. I cannot really explain why this is true, unless it is that these little people are “fresh” from Heaven and have yet to be corrupted by the wicked world. It may be simply anecdotal, but I have seen evidence of this both from very small children and those at the end of their lives; the barriers between this world and the next are thin. My great-grandfather, on his deathbed, described seeing a little girl sitting at the foot of his bed and his description exactly fit my niece who was born many years after his death and who lived in his same house. Likewise, that same niece recognized the pictures of her great-great grandparents who had both died long before she was born. Children have such faith, they believe all things are possible; they have such great trust, depending on their parents without a care or worry in their tiny heads. They do not doubt, despair or worry about tomorrow. They are totally innocent. Some may find it hard to believe, but we are all children to God. Compared with Him, we are just as helpless, which I believe is one reason why God is so distressed when we do not first come to Him for help. When we are nothing and He is everything it must be rather insulting when we think He cannot help us with our little problems.

Children also have an almost inherent understanding of monarchy. Try to explain the intricacies of electoral politics to a child and you will have an exercise in futility but a King, Queen, prince, princess are all things they understand easily. A monarch is like a father or mother to a country or, for the very young, like a grandparent. They can understand that, and child royals especially reach them because in them children can see someone like themselves. It provides a connection to the young that no republic ever could. Young royals have often been tasked with having a special concern for those their own age, one example that springs to mind is youth groups like the Boy or Girl Scouts. Young royals from Belgium to Vietnam have taken up such duties in the past. Queen Elizabeth II was in the Girl Guides when she was young (starting at age 11) and many others have had similar experiences with young royals being called upon to set an example for children across the nation in good times or difficult times. Even in the recent visit of the Duke and Duchess of Cambridge to New Zealand and Australia we have seen what an impact even a tiny infant like Prince George can have on both young and old alike.
Posted by MadMonarchist at 12:17 AM