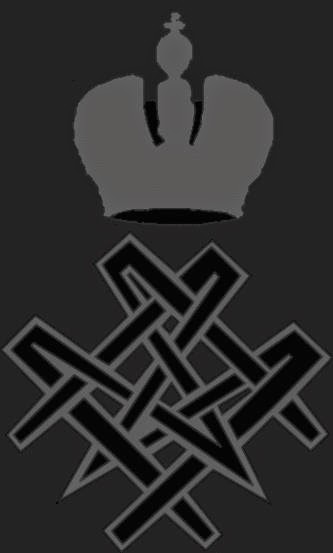 (These are the last, only four [and one might not have been for me] and, as before, my responses appear in yellow below the questions -MM)

Thasiloron asks: You have spoken before about raising awareness of monarchies. Have you considered an article compiling a list of dates for Monarchist observance? It could encourage readers to spread the word on significant occasions. (I know off the top of my head, for example, 2 June - the Queen’s Coronation.)

I don’t think that sort of thing is hard for people to find out if they want to. I point out some as they happen (usually on Facebook) but for me here it would simply be impossible to do that in a way that would please more people than it would offend. There are huge numbers of such occasions for almost every country in the world, it would be impossible to list them all and then some people would always be upset that a holiday or occasional special to them was not mentioned when another was. I have noticed people tend to take these things very personally. Even on the weekly news report, there is always going to be something I didn’t hear about and I regularly hear complaints from people who seem to think this was some sort of intentional slight by me against their monarchy or former monarchy. The perils of trying to encourage pan-monarchism.

Lazi Danga asks: I’ve heard many monarchists speak against nationalism and irredentism but I myself am a monarchist but am an Albanian nationalist and am a supporter of Greater Albania.

I have heard the same but I have also heard from plenty of monarchists who are also nationalists and who could not imagine not being one without the other. Usually this is because of empires and in Europe the most prominent example is Austria-Hungary because when you have a multi-national empire, nationalism is a threat to it. Most of the time though, these issues don’t really matter because they are arguing a case that no longer exists. However, what does exist is the real concerns people have about the destabilization that can result of nationalism taken too far and certainly from irredentism. The Serbs wanted “Greater Serbia” and that helped start World War I that cost many monarchs their crowns. It can also cause divisions amongst monarchists because nationalism and nationality is still important to some people. A Serb nationalist and an Albanian nationalist or a Hungarian nationalist and a Romanian nationalist are not going to get along, monarchist or not, if they insist on re-drawing the map of Europe. Personally, I think you have to be practical and realistic about it, don’t let nationalism go to extremes but I also do not agree with those monarchists who make nationalism in general or in particular countries their enemy. I don’t want people to feel like they have to choose between ‘my king or my country’ which some seem to want to do.

MeaneyJoseph asks: How did you become a monarchist growing up in Texas?

I answered that in the very first Q&A video, it is at about 3:32 if you want to skip right to that answer and don’t have to listen too much to my creepy voice.

Bizcocho asks: What places of importance to monarchies would you recommend to visit? Examples for this would be like battlefields, monuments, tombs, and palaces.

I would think ‘all of the above’ would be interesting. Tombs are better for more solemn, formal visits, I like palaces because it tends to give a feeling of a closer connection to the royals in a way. I haven’t done any in a while but you can check here on the blog for the “Monarchist Destinations” series (hit the button on the right-hand side of your screen) if you are a globetrotter for interesting places to visit that most people don’t know about for some specific examples.
Posted by MadMonarchist at 12:04 AM

Email ThisBlogThis!Share to TwitterShare to FacebookShare to Pinterest
Labels: Q&A