Thoughts on the Boxers 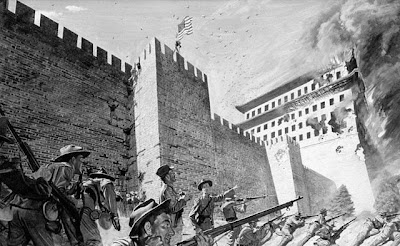 It was on this day in 1900 that the dramatic, epic and heroic 55-day siege of the foreign legation in Peking, China began during the Boxer Rebellion. It is an event, the overall rebellion, about which I have very mixed emotions. Not mixed opinions mind you but very mixed emotions. That the tiny international force, through courage and determination seldom seen, managed to survive and hold out against the overwhelming hordes of the Boxer rebels and eventually the Chinese Imperial Army is a feat not short of astounding. They were fighting, not only for their own lives, but for the lives of a great many civilians (sometimes their own families in a few cases) from Europe, America and Japan but also a great many Chinese, mostly Christian converts, who faced a brutal death at the hands of the Boxers. Truly this can only be seen as heroism at its finest. It also says something about the state of the world in 1900 that of all the countries represented in the 55-day siege, only two of them were republics (France and the United States of America). How the world has changed since 1900, and certainly not always for the better. That is at least partly why I have mixed feelings about the Boxer Rebellion. The righteous cause and courage of the European, American and Japanese defenders is undeniable (or at least should be), yet there is, as always, more to the story than that. In some ways, the Boxer Rebellion was a case of China doing the wrong thing for the right reason. 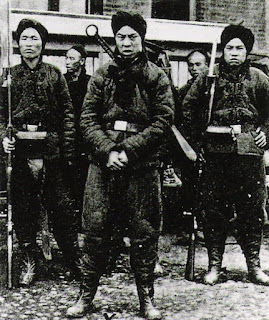 A great deal of the luster had gone from the “Great Qing Empire” by the year 1900. China was in pretty bad shape, not entirely through her own fault, and the Qing Dynasty was in a precarious position. It is also true that the foreign powers had taken advantage of China to a great extent, enforced unequal treaties on the Qing Empire and generally treated the Chinese extremely unfairly. The Grand Empress Dowager could justly look at the situation China found itself in and wish, like the Boxers, she could simply drive all the “foreign devils” out of China and back to where they came from. It reminds me of a line from the famous 1963 film “55 Days at Peking” in which the Empress Dowager (played by Flora Robson -who also played Queen Elizabeth I in “The Sea Hawk”) says that even if they should fight a war and lose it, there was not much more that the foreign powers had not already taken. It is essentially true what she tells the British representative, “The boxer bandits will be dealt with, but the anger of the Chinese people cannot be quieted so easily. The Germans have seized Kiaochow, the Russians have seized Port Arthur, the French have obtained concessions in Yunnan, Kwan See and Kwantang. In all, 13 of the 18 provinces of China are under foreign control. Foreign warships occupy our harbors, foreign armies occupy our forts, foreign merchants administer our banks, foreign gods disturb the spirits of our ancestors. Is it surprising that our people are aroused?” All of that was perfectly true but so was the response of Sir Arthur Robertson (played by David Niven), “Your Majesty, if you permit me to observe, the violence of the Boxers will not redress the grievances of China”. 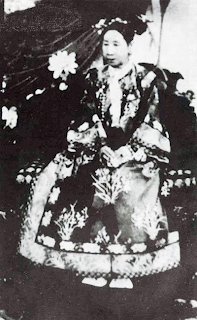 China had every reason to be upset, every reason to be angry and every reason to wish the foreign powers to be gone from Chinese soil. Already the Qing Dynasty had come close to the brink of disaster during the Taiping Rebellion and the traditional loyalty felt by the people for the imperial throne, and the belief that the Manchu dynasty still firmly held the Mandate of Heaven were starting to weaken. In the Boxer Rebellion, the Empress-Dowager (after a great deal of equivocation) believed was the last chance for the Qing Dynasty to get out in front of a crisis before the mass of popular opinion turned against them. After all, because of all of the grievances China had suffered at the hands of the foreign powers, the Boxers had immense popular support throughout the country. Some historians have even argued that the Boxer Rebellion was the last time that the whole of China was firmly united in a common cause in loyalty to the monarchy. The problem was that the Boxers, as the more modern-minded Chinese officials argued, were a poor foundation on which to build such a movement for victory and national rejuvenation.

The Boxers, like so many of the secret (and not-so-secret) societies that sprang up throughout Chinese history, always seemed to me to be of rather dubious loyalty. Their battle cry of “Support the Qing! Destroy the foreigner!” sounds admirably patriotic (given that the foreigners were in their country) but it does not hold up to a great deal of scrutiny. Boxer forces attacked and looted the property of those Qing officials who did not support their movement and I am of the opinion that if the Empress-Dowager had not decided to finally back them, they would have turned their anger against the dynasty as well. It did finally happen in the course of Chinese history that, when the revolution broke out, the cry was still to “destroy the foreigner” but, in 1911, the “foreigners” were the Manchus. And, of course, there was the Boxer brutality against the missionaries who were singled out for particular cruelty and against those Chinese who had converted to Christianity. True enough, not all missionaries always behaved well whether in China or in other countries around the world, but cruelty is cruelty. That the Chinese traditionalists were upset at a foreign religion making gains in preference to their own beliefs is understandable, however, mass slaughter should never have been the solution. Those who had been guilty of crimes, as is often the way, usually seemed to be the ones to find a way to save their own skins while the truly innocent amongst them and the converted Chinese Christians were the ones who suffered the most. 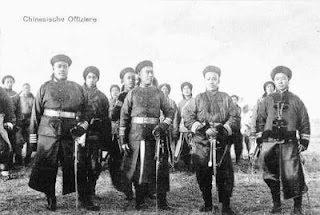 That being said, wrong is wrong must apply to the other side as well and in the aftermath of the Boxer Rebellion, many of the foreign powers behaved atrociously. Even in the western world it caused quite a controversy when reports came in of the murder, rape and pillaging done by European and American forces. Depending on the country doing the reporting it was always some other country that was worse of course. American General Adna Chaffee, for example, seemed to imply that the eastern powers were the worst offenders, accusing the Russians of the worst acts of rapine and the Japanese for cutting off heads of many innocent along with the guilty. Western powers were better in his estimation, but not by much, with the British and French mostly restricting themselves to looting. He fails to emphasize the crimes of the American forces under his command of course. He banned looting by American troops but his order was ignored and no one seems to have tried very hard to punish the perpetrators. There is no doubt that what happened after the Boxer rebellion was put down was an outrageous stain on the civilization of those involved, just as the crimes of the Boxers were a stain on the civilization of Imperial China. It was all bad. Aside from being wrong in and of itself, however, there is also the fact that it did not serve the foreign powers well moving forward. 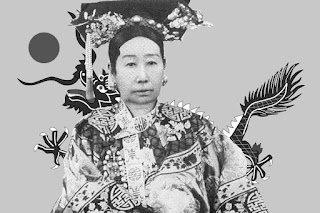 Just as the Chinese officials should have known that a horde of backward peasants armed with spears and magic spells were no match for modern armies (and some did) the foreign powers should have known that to brutalize China in such a way would only make nationalist sentiment stronger and undermine the already shaky structure that was the late Qing Empire. In the past, the foreign powers had tended to support the Qing Dynasty in times of peril because they feared the chaos that would accompany its collapse. This, of course, is exactly what played out in the remainder of Chinese imperial history. The dynasty never recovered from the failure of the Boxer Rebellion, the nationalist/anti-foreign movement only became stronger and grew to include Manchurians and in the end the Qing Dynasty collapsed and China disintegrated into a collection of bandit states ruled by warlords under a totally ineffective and ever-changing republican government. My ultimate support will have to be for the besieged forces in the foreign legation at Peking in 1900 but it is a terrible thing that it ever came to that and neither side emerged from the ordeal with clean hands or a clean conscience. In many ways it was also the beginning of the end of the Great Qing Empire and that was a disaster not only for the dynasty but for all of China and, ultimately, for the world at large. The consequences are with us still.
Posted by MadMonarchist at 12:14 AM