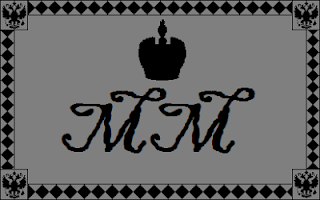 As mentioned a bit last week, HIH Crown Prince Naruhito of Japan made an official visit to the Kingdom of Spain to mark 400 years of Spanish-Japanese diplomatic relations. HIH the Crown Prince planted a cherry tree in Coria del Rio next to a statue of the samurai Hasekura Tsunenaga overlooking the Guadalquivir River marking the spot where the Japanese delegation first arrived on Spanish soil. Later, HIH the Crown Prince paid tribute to the Catholic roots of Spain by visiting Santiago de Compostela, one of the most famous centers of Christian pilgrimage in the world and the resting place of St James the Greater. In other Spanish royal news, the Infanta Cristina has had some much deserved vindication lately after lawyers tried to drag her into the controversy around her husband concerning a number of properties worth over a million euros. Despite earlier claims by the AEAT tax agency, the College of Land Registrars has confirmed that none of the 13 different properties listed belonged to the Infanta or were in any way connected to her, neither have they ever belonged to her. The tax agency now says the report was simply a mistake, though personally, I would have my doubts that 13 different properties could all be attributed to one person who had no connection whatsoever to them “by mistake”. Luckily for them, the Infanta is more forgiving than most and her ‘people’ said that they would not be taking any legal action over the matter. 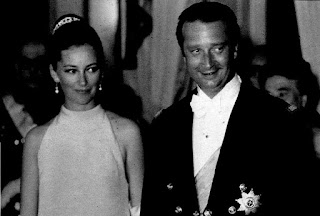 Moving north to the Low Countries, it has not been a pleasant week for the King of the Belgians. The well-known sculptor Delphine Boel, for some time now widely considered to be the illegitimate daughter of HM King Albert II, is going to court to obtain a legal order for DNA samples to prove her relationship to the King. The Royal Court has confirmed that the 45-year old who does resemble the Belgian monarch has filed a lawsuit calling for the King, Crown Prince Philippe and Princess Astrid to appear in court in Brussels over the issue. Her mother, a Baroness, had an affair with Albert II before he became king sometime in the 1960s according to a 1999 book and the King admitted to having a “crisis” in his marriage at that time so, given that, and the appearance of the woman, most have assumed that it is true and she is the King’s natural daughter. The question is why now decide to start demanding legal recognition? Is she after some royal inheritance? Perhaps, but she should hardly be in need as her legal father, Jaqcues Boel, step-father and mother are all from very wealthy families. She is now 45 and, according to her, was told that the King was her real father in 1986, so, again, the question is; why now? Personally, I cannot help but wonder if some enemies of the Belgian monarchy (and there are plenty of them, God knows) are putting her up to this or at least assisting her in some way. It is a shame anyway, to bring up the subject again after all this time given that the King and Queen managed to endure it, get past it and did not give up on their marriage when so many others these days would have. 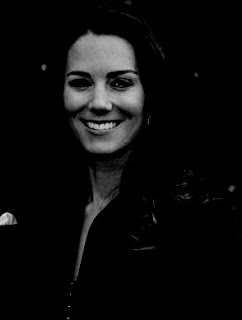 The big news in Britain this week was HM the Queen’s birthday celebration, marked by the Trooping of the Colour which the Queen attended alongside her cousin the Duke of Kent, filling in for Prince Philip who is still recovering from exploratory surgery. This is only the third time in all his many years that the Prince consort has had to miss the ceremony. The Duchess of Cambridge attended, riding in a carriage alongside the Duchess of Cornwall and Prince Harry. It is believed that this will be her last public engagement prior to the birth of the Cambridge couple’s first child. After the ceremony the Queen visited Prince Philip in the hospital. The Prince of Wales, after a similar visit, reported that the Prince consort was doing well and recovering nicely, which is good to hear. Prince Philip was finally released from the hospital on Monday and spent his time in recovery reading a scholarly tome on the British victory over France in North America during the French & Indian War. The book was “The Crucible of War” by Fred Anderson. Continuing a week of great pomp and ceremony, the Queen and other members of the Royal Family attended the Order of the Garter ceremony; the Order of the Garter being the oldest and most prestigious English knighthood, founded by King Edward III in 1348. The Queen was also joined by the Prince of Wales and Duchess of Cornwall for the ride to opening day at Ascot with the Duke of York and his two daughters following close behind. Over the years, 20 of the winning horses at Royal Ascot have been owned by the Queen who is an avid racing fan. The Queen’s horse ‘Estimate’ took the Gold Cup this year, the same as last year. 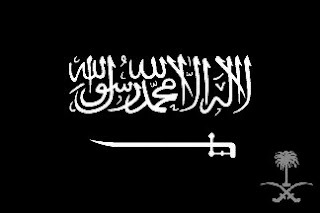 Finally, it was a tense week for royals in the Middle East, mostly due to the on-going civil war in the failed republic of Syria. As U.S. and Jordanian forces performed joint exercises on the Syrian border King Abdullah II of Jordan said that his armed forces were fully prepared if the fighting should spill over. The King also saluted the troops who have been giving aid to the many Syrian refugees seeking safety in Jordan. The Patriot missile batteries the U.S. recently deployed to Syria has angered Russia (a longtime Syrian ally) which has bolstered fears in Jordan that the conflict could spread. The King of Saudi Arabia recently returned home, cutting short his stay in Morocco where he was recovering from back surgery. His return came on the heels of U.S. reports that the Syrian regime had used chemical weapons in the civil war after which President Obama announced the U.S. would provide small arms to the rebels. Saudi Arabia has long supported the rebels and the 90-year-old King blamed the destabilization in the region on interference from outside forces; presumably referring to the Islamic Republic of Iran which has long been the strongest backer of the Syrian government. News also came this week that the Emir of Qatar, Sheikh Hamad bin Khalifa al-Thani is preparing to abdicate in favor of his son as part of a total reorganization of the government, possibly also including the replacement of the powerful prime minister Sheikh Hamad bin Jassem al-Thani. Sheikh Tamim is the crown prince, the second son of the emir and his second wife Sheikha Mozah. Qatar has been supportive of the “Arab Spring” movement and also a supporter of the rebel forces in Syria.
Posted by MadMonarchist at 12:16 AM