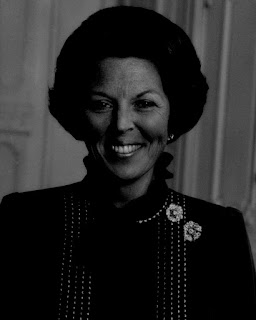 The big news this week (which many people seemed very worried that I “missed”) was the announcement from HM Queen Beatrix of The Netherlands that, as of Queen’s Day this April, she will be abdicating the Dutch throne after more than thirty years of dedicated and exemplary service to her people and country. Personally, I am not wild about abdications, preferring monarchs to reign as long as they live, however, in The Netherlands it has become something of a tradition. King Willem I abdicated in 1840 to marry a Catholic Belgian which was not terribly popular with the Dutch public, though, had he abdicated sooner in favor of his more popular son it might have been possible to keep Belgium in the United Netherlands but, that was not to be. King Willem II reigned until his death in 1849 and King Willem III did the same, reigning until his death in 1890. The formidable Queen Wilhelmina abdicated in 1948, upset over the loss of the Dutch empire in the East Indies. Queen Juliana abdicated in 1980 and now Queen Beatrix will abdicate in 2013, passing the throne to the Prince of Orange who, according to the palace, will reign as King Willem-Alexander I, the first Dutch monarch to use two names.

Throughout her reign HM Queen Beatrix has soon good times as well as bad and during her life she has seen The Netherlands come from the darkest days of her recent history to be one of the most successful countries in Europe. She has also known some controversy, such as with her marriage to the late Prince Claus, but even that seems almost like a Dutch tradition. Queen Juliana before her faced similar controversy and Prince Willem-Alexander did as well. These cases, however, seem to involve that ugly minority of people who are intent to find something to protest and feign outrage over regardless of the facts of the situation. When Queen Beatrix was formally enthroned some socialist and republican groups took the opportunity to protest, hoping to take advantage of the media attention to get their pictures in the paper and on television screens (ostensibly upset over a housing issue) but, on the whole, the Dutch people have always been very supportive of their monarchy and royal occasions invariably turn the country into a sea of orange as people from every section of society celebrates their Queen and Royal Family. Orange clothes, orange streamers on flags and even ostentatious orange wigs are commonly seen. 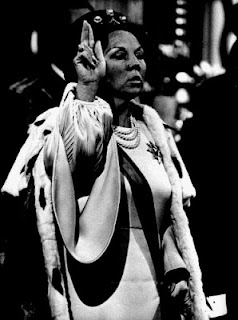 In politics, HM Queen Beatrix never exercised actual power but has always been closely involved with the political process. She is regularly consulted by the prime minister, serves as president of the Council of State, signs all bills into law and announces the government agenda at the start of each political season. This is a situation which, happily, has invariably been respected and appreciated by the Dutch governments but recently the part of the Queen in the political process was questioned by the controversial politician Geert Wilders of the Party for Freedom who called for an end to any role for the monarchy in the political process, even though Queen Beatrix has never refused royal assent to any bill put before her. Happily, this issue has gained no traction and does not seem likely to go anywhere. The Queen has had more influence in the area of foreign relations and has done exemplary work in this regard, raising the profile of The Netherlands and establishing closer and more friendly relations with countries around the world through her foreign visits and hosting of visiting foreign dignitaries. Throughout her years on the throne, Queen Beatrix has been the greatest representative of The Netherlands that anyone could ask for.

HM the Queen has said that her abdication comes, not because the job is too much for her, but because it is time, in her view, to pass leadership to the next generation. In this case, that will be the soon-to-be King Willem-Alexander I and Queen Maxima. I have no doubt that the Queen could continue, doing her usual excellent job, for many, many years to come but certainly no one could blame her even if she had decided that the ‘job’ was too much. Recent years have not been easy for the Queen who was deeply, very deeply, affected by the death of her beloved husband, Prince Claus, in 2002. Then, of course, last year her second son Prince Friso was buried in an avalanche while skiing in Austria and has been mostly comatose ever since with brain damage due to lack of oxygen. In 2009 a deranged man tried to crash his car into a bus carrying the Queen and Royal Family, none of whom were hurt fortunately but eight bystanders will killed and many others badly injured. Few people, especially among the gossip crowd and professional critics, seem to ever consider the emotional toll all of this must have taken on the Queen and it makes her dedicated service all the more remarkable and praiseworthy. 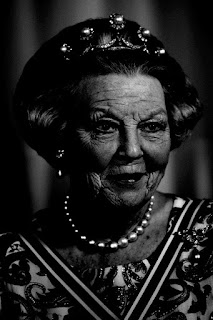 Queen Beatrix has been an outstanding monarch and there is probably no better evidence of that than her enormous popularity. That is actually more significant than it may seem. At a time when modern society, in The Netherlands as in so many other countries, is being intentionally divided over numerous moral and political issues, the beloved Queen Beatrix has been the greatest source of national unity in Dutch life. The public may be divided over issues from economics to immigration but national holidays honoring the Queen are always occasions that bring out everyone in united and joyful celebration. If Queen Beatrix had done nothing else during her 33 years on the throne, that alone would ensure that her reign was not wasted and entitle her to the respect and thanks of a grateful people. It will be difficult not having the Queen presiding over national affairs anymore but the Prince of Orange has shown himself ready to take up the top job and no one can say more of Queen Beatrix than to offer loyal and sincere thanks for more than three decades of good and faithful service. She will always occupy a warm place in the hearts of all loyal and patriotic sons and daughters of The Netherlands. God bless the Queen and long live the future King!

Posted by MadMonarchist at 12:10 AM

Email ThisBlogThis!Share to TwitterShare to FacebookShare to Pinterest
Labels: netherlands, news, the Netherlands