Continued from Part I 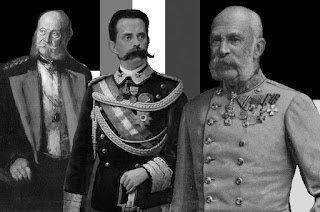 A “Triple Alliance” was agreed to by Germany, Italy and Austria-Hungary in 1882. For the Austro-Hungarians, the focus remained on the Balkans, particularly with the rise in pan-Slavic nationalism and the breakup of the European territories of the Ottoman Empire. By that time, Austria-Hungary had already occupied and administered the politically sensitive region of Bosnia in 1878. However, in later years, a new regime and a new dynasty came to power in Serbia which wanted to unite all the southern Slavic peoples into a “Greater Serbia”. This posed a threat to Austria-Hungary (given the large Serbian minority in the south) and was a potential block to Austro-Hungarian aspirations for expansions southward. Russia backed Serbia and Germany backed Austria-Hungary but was certainly not enthusiastic about the prospect of going to war on behalf of Austria-Hungary because of a crisis in the Balkans.

Although it might not have seemed so at the time, the countdown to the First World War began in 1908 when the Austrian Foreign Minister, Alois Aehrenthal, succeeded in outmaneuvering Russia and annexing Bosnia outright to Austria-Hungary. There was no immediate crisis over it but the action enraged the Serbians, embarrassed the Russians and caused Britain and France to take a more unfriendly view toward Austria-Hungary. Italy too was upset as, according to their treaty with Austria-Hungary, they were promised the return of Italian populated territories if Austria-Hungary ever made territorial gains elsewhere but these provisions were ignored. Germany remained supportive but was less than pleased with the development. However, they had little choice as worsening relations with France, Britain and Russia left Austria-Hungary as the only major continental ally Germany had. The annexation also dramatically increased the Slavic population of Austria-Hungary and this encouraged the view held by Archduke Francis Ferdinand, heir to the Hapsburg throne, that a new compromise, similar to that made with the Hungarians, should be enacted to give the southern Slavs equal status with the German Austrians and Magyar Hungarians. 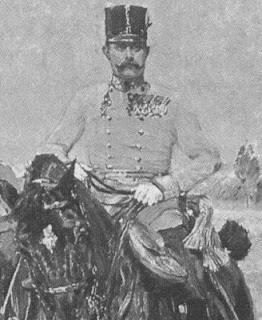 This, actually, made the Archduke an even greater potential target for Serbian nationalists as did the fact that Bosnia was generally doing better under Austro-Hungarian rule than it had previously. These groups, such as the “Black Hand” wanted there to be discord and not reconciliation between the Serb/Slav minority and the government of Austria-Hungary. For that very reason the Archduke was targeted for assassination while on a visit to Sarajevo in June 1914. Austria-Hungary was outraged and, once again, an ultimatum was sent and once again it was rejected, ensuring war between Serbia and Austria-Hungary. Also, just as in the past, the military was under funded. However, most would assume that Austria-Hungary could have been victorious in a war simply between themselves and Serbia but, as we all know, that was not to be the case. Russia stood ready to fight on behalf of Serbia and mobilized against Austria-Hungary. In response, Germany mobilized against Russia and when France stood by their Russian ally, against France as well. When German troops invaded Belgium the British declared war and in August of 1914 almost the whole of Europe fell into the abyss. It was not what Emperor Francis Joseph had wanted at all. In fact, his declaration of war on Serbia came only after he was told that Serbian forces had attacked first, which was not true. In effect, the politicians had deceived their monarch into war.

Austria-Hungary mobilized a massive army for the conflict but was hampered by many difficulties. Logistical support was woefully inefficient, Russia had all the Austro-Hungarian war plans in advance and the Dual-Monarchy was almost surrounded by enemies. The initial advance in Serbia was a humiliating affair while on the Russian front there was more success but Austria-Hungary suffered horrendous losses that could not be made up. German reinforcements were increasingly necessary to maintain so many fronts. In 1915 Italy declared war on Austria-Hungary and in 1916 the Serbian army returned with French and British support to a new front in Greece. In November of that year Emperor Francis Joseph died and was succeeded by his great-nephew Emperor Charles I. With the war situation deteriorating, in 1917 the new Emperor tried to arrange a peaceful end to the war but was rejected out of hand by the French and British. This also greatly enraged the Germans who thereafter viewed Austria-Hungary with suspicion and for the remainder of the conflict many, not without justification, viewed Austria-Hungary as a prisoner of the Germans. 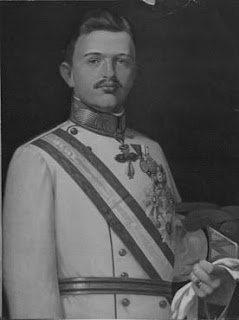 In 1918 the situation began to fall apart for Austria-Hungary. France and Britain were encouraging the ethnic minorities to declare independence, the United States had joined the Allies, Germany was increasingly unable to provide support and the people at home faced starvation. In late October to early November the Italians launched a massive offensive that proved to be the last straw for Austria-Hungary and the Dual-Monarchy effectively collapsed. The same day the offensive began the government of Hungary ordered its troops to cease hostilities and return home. In the days that followed various other nationalities declared their independence and Austria-Hungary ceased to exist. Emperor Charles I tried to save the situation by enacting a federal system to give all nationalities equal status in a “United States of Greater Austria” but, as with his peace efforts, no one seemed willing to listen. On the last day of October the Hungarian government declared the personal union with Austria dissolved and even in Austria itself there were German nationalists calling for an end to Hapsburg rule and union with the rest of Germany. By the time Emperor Charles bowed to the inevitable and released his ministers from their oath of loyalty, withdrawing from participation in the government (but never abdicating!) Austria-Hungary had already ceased to exist. It was truly the end of an era as it marked the first time in more than six centuries that a Hapsburg had not been ruling over Austria.

Emperor Charles I tried twice to regain his throne in Hungary, where the monarchy was legally restored but under a regent that proved uncooperative. He died in Portugal in 1922 and in 2004 was beatified by Pope John Paul II. Upon his death, the monarchial legacy of Austria-Hungary passed to his son, Archduke Otto, who also had hope of a restoration. Such a thing was discussed by the Federal State of Austria. Engelbert Dollfuss had repealed the ban on members of the House of Hapsburg entering Austria and he had restored the property of the Imperial Family that the first republic had seized. However, he was assassinated by the Nazis in 1934 in a failed coup attempt. His successor, Kurt von Schuschnigg, reserved for himself the right to restore the monarchy and seemed inclined to do so even sounding out Austria’s most powerful ally at the time, Benito Mussolini, on the idea which the Duce said he would not oppose. Once again though outside events worked to block the move. Adolf Hitler (a stridently anti-Hapsburg republican) moved immediately to annex Austria in an operation named “Otto”, presumably because it prevented him from regaining the throne of his father. Few people seem to realize how close this came to reality. Schuschnigg himself actually met with the Archduke (secretly) and told him the restoration would be carried out as soon as possible. Few people also seem to realize how paranoid the Nazis were about this eventuality. 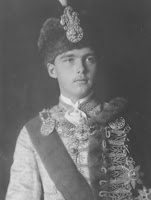 A Hapsburg restoration, it was feared in Berlin, would revive Austrian pride and put them off of the idea of union with Germany. They also feared that the Czechs would embrace the Hapsburg Crown again and that, perhaps, even Hungary would renew the personal union and that these combined forces would move against Germany. But in 1938 the Nazis occupied Austria, annexed it to Germany, threw Schuschnigg in a concentration camp, renewed the anti-Hapsburg laws and forced Archduke Otto to go into exile in the United States, sentencing him to death in absentia. After the war he saw most of what he still considered “his” country, all those places that had once been Austria-Hungary, fall under Soviet control. He outlived the Soviet Union though, entered politics and became a leader in the movement for European unity. He died in 2011 at the age of 98, leaving the family legacy to his son, Archduke Charles, who has also dabbled in politics and resides in Salzburg, Austria.