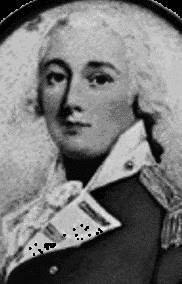 The name of Major John Pitcairn may not be well known around the world or even in his native Britain. However, his name (if nothing else) is certainly well known amongst students of the American War for Independence because of the part he played in the initial skirmishes that marked the beginning of the long war that would ultimately end in the separation of thirteen colonies from the British Empire and the creation of the United States of America. John Pitcairn was born on December 28, 1722 in Dysart, Fife, Scotland to Reverend David Pitcairn and Katherine Hamilton Pitcairn, an old and respected Scottish family. As a young man, he decided on a military career, which was not surprising. His father had been with the army, was regimental chaplain to the Cameronians and had seen action at the battle of Blenheim. However, John Pitcairn did not join the army, opting instead for the Royal Marines. He also married, while still a young man, to Elizabeth Dalrymple and their first child, a girl named Annie, was born in Edinburgh in 1746.

It was during that year that John Pitcairn received his commission as a lieutenant in the seventh marine regiment. That was, of course, during the Jacobite emergency where the Royal Marines were raided as a ready pool of qualified officers for the new units raised to deal with the crisis. Afterwards, many were disbanded but the Royal Marines was reformed as a permanent body in 1755 and Pitcairn had his old commission reconfirmed. Unlike the army where the purchase of commissions was common, in the Royal Marines (like the Royal Navy) this was not the case and promotions came more slowly. However, by 1756 Pitcairn earned the rank of captain and the following year saw service in the French and Indian War, participating in the British capture of Louisbourg in Canada. After returning home he moved his family from Edinburgh to Kent, met his second daughter for the first time and eventually he and his wife had two more daughters and six sons. Pitcairn showed himself a reliable officer but promotions came slowly and it was 1771, when he was 48-years old, before he made the rank of major. 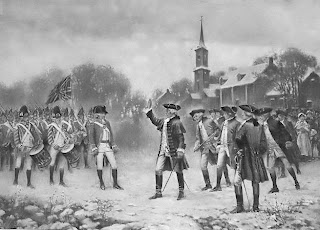 By that time there was already trouble brewing in the American colonies, particularly in Boston, Massachusetts. In December of 1774 Major Pitcairn arrived in Boston with 600 Royal Marines as part of the British effort to quell unrest and protect private property. As soon as he arrived he had many problems to deal with from a lack of warm clothing to a lack of trained officers and to disputes between the army and navy over who had final authority over the Royal Marines. Pitcairn found his command a rebellious and undisciplined lot, given to drunkenness and slovenly behavior, but Pitcairn was a humane and hands-on leader who worked diligently to get them into shape and turn them into an efficient and effective unit. Even when he was lodged with a very pro-revolutionary family, Pitcairn diffused many a tense situation with his charm and good humor. Eventually, he succeeded in making his hosts warm to him even if there political views never changed. The Americans who came in contact with Major Pitcairn invariably came to hold a high opinion of him because of his honesty, integrity and friendly attitude. His reputation for fairness meant that he was often chosen as a go-between in tense disputes between the local populace and the British military.

Major Pitcairn was a regular attendee at church on Sunday, one day when he restrained his famously foul mouth. Even ardent revolutionaries had to admit that he was a good man and Major Pitcairn was quite fond of many of the locals even if he could never agree with them politically, being staunchly loyal to his King and country. Of course, it was in April of 1775 that his moment of greatest fame came when he was second-in-command of a column under Lieutenant Colonel Francis Smith that was to move to Concord, Massachusetts to destroy stockpiles of weapons reportedly being held by people of questionable loyalty. On April 19 they came face-to-face with the local Minutemen on the town green at Lexington. The rebels were ordered to disperse but someone fired “the shot heard round the world” and the Revolutionary War began. Major Pitcairn tried to restrain his men though his horse was wounded in the brief skirmish that ended with the rebels taking flight. 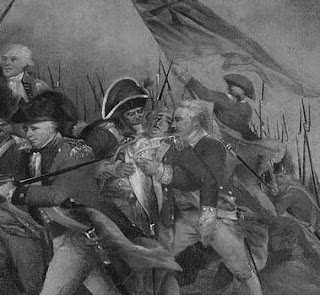 Major Pitcairn continued the rest of the way on foot as the British column completed their mission but were harassed every step of the way back to Boston by sniping groups of rebels before they were met by a relief column and escorted back to town. Colonial rebels began to gather around Boston in ever increasing numbers while the British sent in more troops and three major generals to take command of the situation. When the rebels began building siege fortifications around Boston, British General Howe ordered a frontal assault on Breed’s Hill, an engagement which would go down in history as the Battle of Bunker Hill. Major Pitcairn was as full of fight as ever and commanded a reserve force of 300 Royal Marines. The initial British attacks advanced up the hill into heavy enemy fire, taking severe losses before falling back, reforming and trying again. As the British survivors were reformed to charge again, Major Pitcairn led his men into the fray. Full of fight, Major Pitcairn led from the front, encouraging his men forward when he mortally wounded by a shot to the chest, falling in the arms of his son and fellow Marine William. It was a blow to the entire unit though, all of whom saw Major Pitcairn as a father figure.

Pitcairn was carried back to town and died a few hours later. In his absence the Battle of Bunker Hill was won by the British who finally drove the rebels off though they suffered very high losses doing it. Eventually the British were forced to evacuate Boston after the emplacement of heavy guns captured from Fort Ticonderoga. Still, it was only the beginning of what would be a long conflict and Major John Pitcairn had already earned an honored place amongst those who, in the course of the war, would give their lives for the cause of their King and the British Empire. He was remembered even in America for his courage and humanity while at home his children would go on to add further luster to the Pitcairn family name.

Posted by MadMonarchist at 9:18 AM