Alright, rebels are now strutting around Tripoli wearing the clothes and jewelry of their former dictator, there is rejoicing all around the world, even the Red Chinese are looking to belatedly ‘make nice’ with the rebel government and with all of this happiness around me, I just have to go and upset everybody. There is a reason why even if the current rebellion succeeds (which it seems to have done) there are few expecting very much out of the new Libyan government. There is also, I think, a reason why Libya fell prey to the rule of a treasonous dictator like Gaddafi in the first place. (here it comes, get ready for the outrage) I don’t think Libya was ever prepared to be an independent country in the first place and what is more (yes, I am doubling down) it is far from being alone in that amongst the modern nations of the world. Putting aside for the moment that I am a monarchist, a simple bit of honest observation would make one assume that had the Kingdom of Libya managed to survive long enough to take hold and accomplish something things might have been much better. However, as we know, that did not happen. Why was that? 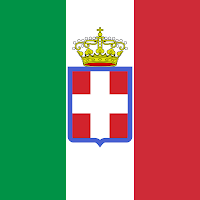 One thing I have never heard anyone say in all of the constant news coverage about Libya is anyone calling it an “artificial state”. They say that about the Kingdom of Belgium all the time (wrongly) and one or two promptly chastised souls even said it about Iraq but no one has ever said it about Libya. Yet, the fact is that before 1951 there had never, in all of human history, been an independent Libya. In fact, prior to 1934 there had not been a spot on the map called Libya since the days of ancient Rome. All that existed was three isolated and neglected Ottoman provinces, won by the Kingdom of Italy from the Turks in 1912. Wishing to call to mind the ancient presence of the Roman Empire in the region, in 1934 the Italian government lumped the provinces together and named the colony “Libia”. After that unpleasant episode known as World War II, the United Nations ruled that Libya should become independent and the former Emir of one of the provinces (Cyrenaica) became King Idris I of Libya.

Enemies of the Libyan monarchy will say that the people were poor and things were miserable during their brief stint as a kingdom before Colonel Gaddafi came along and gave them their bread and circuses. That is a very slanted picture of course, but in truth things were not ideal in Libya. They had never been an independent country before, never really had to work together before and while the new King had much in common with his native province, the others were not instantly faithful to him. One of the ways Gaddafi was able to gain support was by playing up the discontent from those outside of Cyrenaica and encouraging them to feel as if the King was favoring his native province (which the King had first declared independent, again giving no thought to the colonial entity known as Libya). Gaddafi also used the old tactic of class warfare, accusing the King of hoarding the oil wealth of the nation to the detriment of the people -fittingly the exact same thing the rebels today accuse Gaddafi of doing. It worked because things were unsettled in the country, everything was new and the public which had been fed a steady diet of propaganda to encourage the desire for independence from Italy, retained those same thoughts as they looked at how many British and Americans were setting up shop. 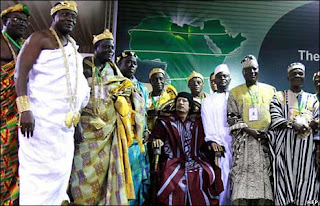 Gaddafi saw a chance and he seized it, though like a coward he did it while the King was not in Libya to be dealt with. He was able to maintain himself because of the mineral wealth of the country even though no one would have ever seen a dime of that money were it not for foreign investment and the infrastructure set up by British mining companies and Italian oil companies before whose time the vast resources had never been exploited. In essence, the British and Italians had tapped the keg and then Gaddafi grabbed control of the spigot. Virtually every road, every major facility, every airport and so on in Libya was not something built by the independent Libyan government, but were simply taken over after being built by someone else, usually the Italians. The government never had to do much of anything for the Libyan people, being able to get by mostly on seizing control of foreign companies and then by extorting money from their best customer. If the people got restless, there was always terrorism to take their minds off of things; that is until recently. 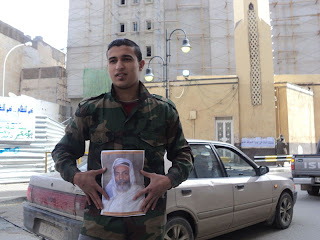 This is not an effort to be harsh on Libya. However, almost every country in the Americas, Africa and Asia was at one point subject to one of the great colonial empires of history. I think history will show that those which have been the most successful as independent nations are those which gained independence slowly, one step and at a time, peacefully and naturally. Those which suddenly (and usually violently) broke away before they had any real experience in self-government have almost invariably failed. I am as glad as anyone to see Gaddafi gone, he was a traitor, a terrorist and a criminal of the worst order. However, I remain rather skeptical about how much of an improvement the government that succeeds him will be, partly because it looks less and less likely to be a traditional sort of monarchy but instead just more of the same sort of regimes that have led to other tyrants and the whole process starting all over again.

Let the outrage begin…
Posted by MadMonarchist at 1:22 AM