Don't Ask Me About My Governor 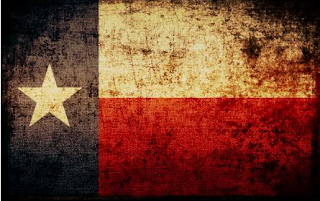 But it's too late of course. As us natives of the Lone Star state expected long ago our very own Governor Ricky is running for President. A while back some might have thought that would be President of the Republic of Texas, but no, it's of the United States. As long time readers will remember I said all of Ricky's talk about state sovereignty and possible secession would thrill me to pieces --if I thought he was really being honest, which he wasn't and no one but the most hysterical leftists really thought he was in the first place. When he was recently reelected Governor of Texas, coasting to an easy victory over a generic liberal Democrat and a Tea Party candidate that totally shot herself in the foot as well as daring to blaspheme the Tea Party idol Glenn Beck -not exactly a hard won victory. He has been the longest serving Governor in Texas history, so he has had time to do alot right and alot wrong. Suffice it to say that, while we've certainly had far worse governors, I'm far from being a fan of his.

Truth be told, the Governor of Texas really doesn't have that much power. It is a pretty weak and ceremonial office. The Lieutenant Governor has more pull in government and we all know that the Railroad Commissioner is the one who really runs the state anyway. Once, as a form of protest, I voted for independent candidate Kinky Friedman for Governor. Some years later after denouncing both parties he started to run for Agriculture Commissioner as a Democrat (a campaign that went nowhere fast). People seemed shocked when I said I would never vote for a joke like Kinky Friedman for Ag commissioner. When asked why since I had previously voted to make him Governor, my honest response was that I really would have had no problem with Kinky being Governor, but I would never trust a man like that with the power of Agriculture Commissioner (and I'm not joking)! Besides which, when he ran for Governor he did have some good ideas, like his "10 Mexican Generals Plan" for illegal immigration and he had a great campaign slogan: "Let's Get Kinky in the Mansion!" But, anyway, keep in mind, I voted for that guy over Perry.

To be fair, I'm not totally down on Perry. The sad state of American politics means that there are many, many I consider far worse. It is true, Texas has done much better than most other states in the Union during the economic crisis and Perry did pretty good in forcing the reps to stay in Austin and forcing them to cut spending and he refused to dip into the rainy day fund just to save wasteful government programs. However, like many Texans, even Republicans, I have some serious issues with Rick Perry. Alot of people seem to think that just because he's Governor of Texas every Texan should be for him. Well, we already have a "Texan" in the race: Congressman Ron Paul (who's not a real Texan of course but neither is George Bush and I'd rather claim Ron Paul). However, as we all know, Ron Paul is a congressman and a libertarian and congressmen and libertarians don't get to be President. Those are the rules handed down from on high by the gods of democracy (and I'm sorry Bachman but that applies to congresswomen too). So, everyone is already assuming it is going to be Romney vs. Perry, even though we have yet to have a single primary! Let me say, if those are the choices, they STINK and the GOP has learned nothing from the pasting they took at the hands of B. Hussein Obama and Joe "we have to spend money to get out of debt" Biden.

Rick Perry is just, well, he's just SUCH a politician. I don't know if he honestly believes anything he has ever said to anyone. I would prefer Santorum, Ron Paul or "Rad Thad" over Perry any day and twice on Sunday because all of those men, though I may disagree with each on some things, have always been consistent. Especially Ron Paul, who I do have some problems with, but one thing he has been is consistent. Rick Perry, who we are told represents the conservative right-wing of the Republican Party -used to be a Democrat. He has been good at cutting spending, but when the cash was flowing he also spent money like crazy too and it may seem like I'm nitpicking there, but it should be common sense to cut back when you're broke but the smart people are the ones who save when times are good. He's supported benefits for the children of illegal aliens, which I oppose, he tried to pass a bill that would give school girls VD vaccinations without their parents knowledge or approval, which I didn't like and he opposed the border fence idea which I support. He said it couldn't work. Well we don't know if he we don't try and don't tell me we "can't". If the Italians could fence in Libya and the Chinese could fence in Mongolia we can certainly fence in Mexico.

He has also tried, continuously, to slip in toll roads on us. Now, I have nothing against toll roads -nothing at all, they are usually the best roads. However, in this case it would be turning roads that taxpayers already paid for into toll roads and to make things worse the contract would go to a foreign company. Not cool Rick. Not cool. My biggest problem with him, and to many this will seem the most silly, was his support for the Trans-Texas Corridor. I remember in the last GOP primary Ron Paul mentioned this project and that smug little Toobin jerk on CNN dismissed it as a conspiracy theory. Well, trust me, it is not. We have talked about it down here alot, had meetings about it with the government and seen the plans for it and everything. No one in Texas liked it. There would be land seizures (not about to happen here) and it seemed tailor-made for the people (who do exist) who are pushing for a "North American Union". Now, that issue would not have been so bad were it not that, like the toll road issue, Perry would not take our "no" for an answer. Like a frustrating game of 'whack-a-mole' every time voters would shoot it down it would get stuck into some other bill until someone spotted it at the last minute, told the media, raised hell and got it voted down again. This happened several times and that alone was enough to make me never totally trust Rick Perry.

So, to re-cap, as someone who has spent a considerable portion of my life knowing Ricky as our Lt. Governor and Governor, I can say he seems to be right on alot of issues but he's wrong on some too and what he is wrong on worries me and I don't trust him. I don't buy his sudden surge of religious devotion either. Would he be better than Obama? Well, I think so but only because I don't think Rick Perry is on a crusade to purposely destroy his country. I hope he's not the nominee but I hope Romney isn't either. I don't trust either one of them. I'm sorry if that seems a little bleak but, what do you expect? I am, after all, ... The Mad Monarchist.
Posted by MadMonarchist at 12:59 AM