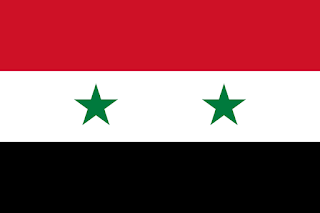 As most know, recently, for the first time (or at least the first time officially admitted to) the United States has taken direct action against the Syrian government of eye-doctor turned Ba'athist dictator Bashar al-Assad. On its own, it was not terribly significant, a strike of about 60 cruise missiles from two offshore U.S. Navy destroyers on one Syrian air base near Khan Shaykhun but it was certainly not welcome news to me as I very much fear it will lead to further U.S. involvement in the Middle East and (as the archives will show) I have been against any American involvement in Syria since Obama first started toying with the idea in 2013. It is none of America's business, has no impact on American national security or national interests at all. Yes, civilians were killed, children were killed and that is sad but the "intelligence community" that is certain Assad is the guilty party ran out of credibility with me a long time ago. I wouldn't take their word that night is dark and water is wet. As far as I'm concerned, it's just the latest example of our new faith-based government where the line is, "we have the evidence, we just can't show it to you but, trust us, it's damning!"

Does that mean I am signing up to the Bashar al-Assad fan club? Not by a long shot and, frankly, I'm amazed at the likes of some of those gushing over the guy. Mr. "I invented the Alt-Right" Richard Spencer has nothing but nice things to say about Assad. For anyone on the "right" end of the political spectrum at all, this seems quite odd. Assad is the leader of the Ba'athist Party, officially described as an Arab *socialist* party and part of a coalition called the National *Progressive* Front. This is the same party that denounced Saddam Hussein (also a Ba'athist dictator) as a "fascist" when he went to war against their beloved co-religionists in the Islamic Republic of Iran. Socialist progressives who consider the word "fascist" an insult would seem rather out of step with the "Alt-Right" crowd from what I've seen. However, a little confusion is probably to be expected. People seem to be trying to fit this entire region into a western frame of mind when that just does not work and has never work as the Ba'athist regime itself and its problems illustrate. It is also why the most stable countries in the region are absolute monarchies that tend to offend liberal sensibilities. 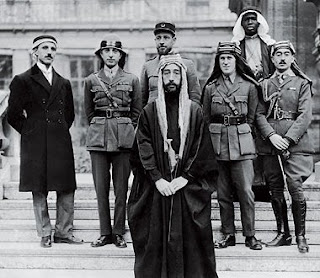 This is because these countries operate in the traditional way for their people and culture. They are tribal, Islamic fundamentalist absolute monarchies just as they have always been going back many, many centuries, they just have private jets instead of camels these days. No matter what changes others have tried to bring to the region, the old patterns continue to prevail and only those states which have remained within those patterns have survived unscathed. Once upon a time, the whole region was one of Arab tribal monarchies ruled by Sunni princes. However, that was too old-fashioned for some and an era of leftist, socialist Arab nationalism swept the region. This was perhaps best illustrated by the United Arab Republic which consisted of Egypt and Syria coming together under one socialist government. Obviously, that little experiment did not last very long since, for one things, socialism never works and the Arabs of Egypt and the Arabs of Syria actually did not feel like they were exactly the same people after all.

The aforementioned bad blood between the socialist Ba'ath party of Syria and the socialist Ba'ath party of Iraq is another example. Why was there not ironclad solidarity between the socialist Arabs of Syria and the socialist Arabs of Iraq against the totally alien Persian theocrats? Because, once again, despite the effort at secular Arab nationalism, the older divisions remained more important. Many Syrians, particularly the Alawites (from whence the al-Assad family hails) are Shia Muslims just like the Iranians. Most Iraqis are Shia Muslims too but Saddam Hussein was not and he was in charge. Such is why Syria and Iran have been such good friends since the Sunni Muslims were removed from power and replaced by Shia Muslims. This is also why the Arab monarchies all want to see the end of Bashar al-Assad. They are Sunni Muslims and this is part of the Sunni-Shia feud that has been going on almost since Mohammed kicked off. They can get rid of their monarchies and replace them with republics, they can try to ignore past tribalism and promote Arab nationalism but the old tribal and religious divisions still persist. They are not going to change and the United States cannot force them to. The British, to their credit, had the good sense not to try. 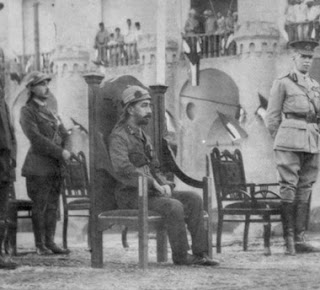 For Russia to back the Shia and the United States to back the Sunni doesn't seem like a smart move for either country. Particularly in the west, modern liberal thinking has put religion aside but the Islamic world doesn't see it that way and the west is still the "Crusader states" as far as they're concerned. Similarly, they were calling America "the Great Satan" back in the days when Ricky and Lucy slept in twin beds and Archbishop Sheen had the highest rated show on television. What is going on the Middle East and particularly Syria today is the latest manifestation of very old tribal and sectarian conflict that all outsiders would do well to stay out of. Even if the problem could be solved, the leaders we have in the western world today, with their liberal mentality, are definitely not the ones capable of doing it. And, even if you do what seems to be the "right" thing, you will never gain any credit for doing it. When the U.S. and NATO came to the rescue of the Muslim Albanians and bombed the Christian Serbs on their behalf, there was no wave of gratitude from the Muslim world. When the U.S. led a coalition to drive out a secular dictator and put the Emir of Kuwait back on his throne, it didn't mean the Islamic radicals were going to decide America wasn't all that bad after all. I still think the best thing to do is stay out of the region and keep it quarantined as best as possible.