The Livonian Brethren of the Sword 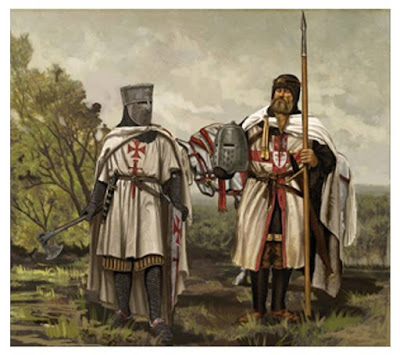 Outside of Europe in particular, it is often not realized the extent to which the crusades and the military religious orders that fought in them were largely national affairs. This may be partly because many people ignore the crusades that were not aimed at retaking the Holy Land as those were probably the most ‘inter-national’ of the crusades, yet, still more than I think most people realize, largely French. The Knights Templar, which is most famous for fighting in the crusades in the Holy Land, had a multinational membership but were, likewise, predominately French. The crusade to retake the Iberian Peninsula from the Muslims was, on the other hand, an almost entirely Spanish and Portuguese affair. The military religious orders that sprang up to fight in that crusade, the longest war in history, were likewise Spanish. Perhaps the least talked about is the largely German-driven crusade against the pagans of northeastern Europe on the shores of the Baltic Sea. Those who do know about this arduous and bitterly fought struggle will likely recall the Order of the Teutonic Knights (ancestor of the later Kingdom of Prussia and originator of the oldest families of the Prussian nobility, more about them here) but less well known was another German military religious order known the Livonian Brethren of the Sword. They should not be forgotten. 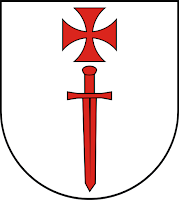 Unlike their fellow Germans of the Teutonic Knights, the Livonian Brethren of the Sword were not founded in the Holy Land but right on the spot in Livonia, specifically in Riga, the capital city of what is now Latvia. The order was founded by the Bishop of Riga, also known as the Prince-Bishop of Livonia, in 1202 and gained official recognition from Pope Innocent III in 1204. Their initial aim was to convert and or conquer the pagan tribes of the region and defend the Christian community from their attacks. The groups most often engaged by the Brethren of the Sword were the Latgalians, Selonians and Livonians in the area around Riga and more broadly the coastal region of what is today Estonia, Latvia and Lithuania, a region referred to at the time as Courland. As such, the order was known by several different variants of their official name. Their official name in Latin was Fratres Militiae Christi Livoniae but they were also known the Sword Brethren, The Militia of Christ of Livonia, the Livonian Brothers of the Sword, the Courland Brethren of the Sword, Christ Knights or the Order of the Porte-Glaive Knights (“Glaive” in this case likely referring back to the French for gladius or sword). Their symbol was a cross pattée over a sword, pointing down. 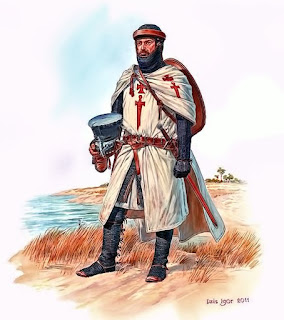 The knights were based at Fellin, which is today Viljandi in Estonia and they established other castles in the surrounding area with the commanders of these castles acting as the entourage of the Grand Master of the Sword Brethren. Officially, they were subject to the Catholic bishops, beginning with their founder Bishop Albert of Riga, however the Sword Brethren were an extremely hard fighting and strong-willed group of warriors so it soon became the case that their submission to the bishops was rather nominal as they often acted on their own. In the course of the Livonian Crusade, they quickly gained quite a reputation for ferocity and reckless courage as well as being rather unruly and difficult to control. They would also, at times, make agreements with neighboring monarchies as the situation dictated such as in 1218 when Bishop Albert called on King Valdemar II of Denmark for assistance, though in the end this amounted to little more than the Danes conquering northern Estonia for themselves. In 1232 Pope Gregory IX called on the Sword Brethren to aid in the defense of Finland from attacks by the Republic of Novgorod though no accounts of their activities on this front have survived. Ultimately this would result in a Swedish-led crusade that would see Finland united with the Kingdom of Sweden for the first time. 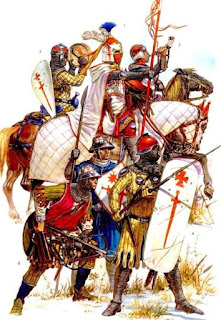 Over time, the many hard fought battles of the Sword Brethren saw threats from the east decreased and their focus moved toward the south and the Lithuanians and Semigallians (aka the Samogitians). This resulted in what was, in many ways, the Waterloo of the Sword Brethren with the Battle of Saule on September 22, 1236. Grand Master Volkwin led between 50 to 60 knights along with other troops amounting to 3,000 men against 5,000 pagan Samogitians led by their Duke Vykintas. The Christian forces were defeated and lost almost their entire army, some estimates putting losses at 2,700. Grand Master Volkwin died in battle and the Sword Brethren were wiped out as an effective, independent fighting force. Likewise, in the aftermath, other groups, previously conquered by the Brethren, saw their chance and rose up in rebellion. Latvia and Lithuania still mark the anniversary of this battle as a national holiday, not long ago jointly declaring it the ‘Day of Baltic Unity’.

This was, practically speaking, the end of the Livonian Brethren of the Sword. They would never be an independent military religious order again. However, those who survived the ordeal carried on, faithful to their vows, and were absorbed into the Teutonic Knights, retaining their traditions and leaders. As a branch of the Teutonic Knights they were known as the Livonian Order and still had their own Master though he was subject to the Teutonic Grand Master. Thirty years of fighting by the Sword Brethren had been brought to ruin by their defeat at Saule, however, as the autonomous Livonian Order within the Teutonic Knights, they reconquered Courland, Livonia and Semigallia, eventually buying the Duchy of Estonia from King Valdemar IV of Denmark after a devastating loss north of Riga at the hands of the Lithuanians, including, again, the death of their Master Bruno in 1298. As a result, two groups emerged and, due to their autonomy, they survived the secularization of the Teutonic Knights by Albert of Brandenburg fallowing his adoption of Lutheranism in 1525. 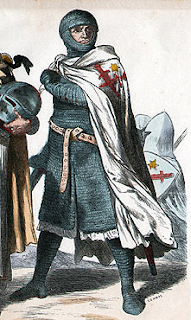 The Livonian Order was pushed farther back towards Estonia, where their comrades were based, and in 1453 joined together in the Livonian Confederation. This gave the Catholic remnant in the region some measure of unity and hope for self-defense but their enemies were many and increasing. The pagans may have been gone but Lutherans to the south and the Russian Orthodox to the east were constant threats. In 1560 they were again almost wiped out by a massive attack by Muscovite Russia, yet some still remained and, determined as ever, they still tried to carry on, seeking out and ultimately obtaining the patronage of Sigismund II Augustus, King of Poland and Grand Duke of Lithuania. However, not long after, the Livonian Order went the way of the Teutonic Knights when their Master, Gotthard Kettler, converted to Lutheranism and thereafter secularized the order. That proved the final end of the last remnants of what had once been the Brethren of the Sword. The lands they retained were quickly taken over by neighboring states and the order ceased to exist.
Posted by MadMonarchist at 5:59 AM