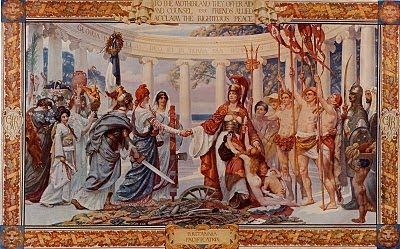 People who take history seriously have often lamented the number of mistakes we make because of our failure to learn from history. No doubt long-time readers will have heard me complain many times about this. In the past, I have also mentioned how the British, sadly mostly in days gone by at this point, seemed to have an unmatched ability to learn from their mistakes and improve going forward. To add some weight to this point of view, I thought it worth taking a moment to highlight some examples which illustrate how the United Kingdom learned from mistakes and how, in recent times, British politicians have forgotten their lessons which has not served them well. 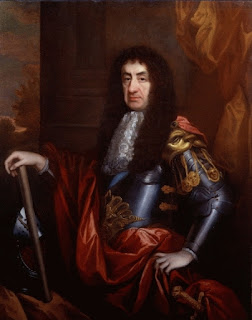 During the English Civil War (which hugely impacted Scotland and Ireland so it was a pan-British affair) the forces of Parliament were victorious and yet their short-lived republican "commonwealth" was an unpopular disaster. Parliament, though they would never like to admit it, invited their lawful King, Charles II, back to resume his rightful place on the throne because their experience with Cromwell had taught them that Parliament itself was no obstacle to tyranny and that exchanging a traditional monarch for a military dictator had resulted in less freedom rather than more. They knew that, even though they had won the war, their victory had not improved the situation and that, reluctant as they were, concessions would have to be made and a strong monarchy was reestablished. King Charles II, likewise, had learned from the tragic fate of his father that he needed to take care to pick his battles, he had not wish to antagonize Parliament needlessly and only became obstinate when the fundamentals of the monarchy itself came under threat with the talk of altering the succession. Even after the Dutch launched the most successful conquest of Britain in history (taking over the country almost without opposition), the Protestant elites still realized that they had to make concessions to the Prince of Orange rather than repeating their past error and attempting to do away with the monarchy altogether. No one wanted to go through all of that again.

The American War for Independence also proved to be an educational opportunity for the British. King George III had unleashed the largest military campaign his country had ever undertaken in order to bring the colonies to heel and ultimately, due to European enemies uniting against him and a loss of public will at home, Britain was forced to admit defeat after eight long years of costly warfare. As a result, the British would not undertaken such a thing again. Rather, there was cooperation with the colonies to mature toward viable self-government, countries like Canada and Australia became independent peacefully and while maintaining close ties and friendly relations with the United Kingdom. This was best illustrated by the outbreak of the two world wars. In World War I, the British Empire went to war when Britain declared war. In World War II, the British Empire went to war when Britain declared war but the Commonwealths declared war on their own, despite being in no danger themselves, because the mother country was under threat. Likewise, on the military front, the British learned from World War I how to improve for World War II. While the French were building bigger defensive lines, the British were pioneering the coordination of tanks, artillery and aircraft as well as improving their naval forces for anti-submarine warfare. The German U-Boats would not come so close to victory in World War II as they had in World War I because they faced a much more advanced and capable enemy. Likewise, the German success with the blitzkrieg, largely came from adopting and adapting the concepts developed by British Major General J.F.C. Fuller, CB, CBE, DSO, who often ignored due to his fascist politics and view that the world would have been better off if the Axis powers had won. 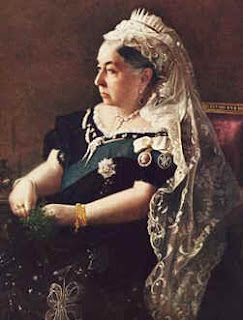 Certainly, the British Empire, despite being on the winning side, was ruined by the Second World War and this too was a lesson that the British had learned in the past. Whether one looks at Queen Anne's War or in particular the French and Indian War, there was always this tension between those who favored focusing on the colonies or focusing on intervention in Europe. Over time, the British learned the lesson that their strength was in the empire and not on the continent of Europe. Alliances with continental powers involved the British in conflicts which did not ultimately prove very beneficial to British national interests. It is then not surprising that when the British leadership grasped this that there was a period of "splendid isolation" from European affairs. The British Empire grew and prospered in this period which lasted for quite a long time. Prior to 1904 the only formal alliance the British had was with the Empire of Japan on the other side of the world. However, the benefits of "splendid isolation" were forgotten with the alliances with France and Russia which ultimately involved Britain in World War I. Alliances were further made from there, Britain becoming so involved on the continent that it gave a war guarantee to Poland which forced Britain to declare war on Germany in 1939, starting World War II in Europe. Since World War II, Britain would become ever more deeply tied to European affairs until the recent vote to leave the European Union and it remains to be seen how that will work out.

Unfortunately, the past lessons learned now being forgotten are beginning to accumulate. The British sense of themselves is being forgotten. It is worth remembering that one of the reasons for the War of 1812, cited by the United States, was the conscription of U.S. citizens into the Royal Navy. In fact, most of these were men who had been British sailors who had 'jumped ship' for the peace and better wages of the American merchant marine and who had then taken U.S. citizenship. However, in those days, the British government did not recognize the right of any British subject to renounce their nationality. You were British by virtue of the blood in your veins and some piece of paper from the American republic could not change that or absolve you of your allegiance to your lawful king. Today, Britain is in the absurd position of regarding a Pashtun immigrant from Afghanistan as "British" and a Scotsman from Nova Scotia as a foreigner simply because of a collection of paperwork. Staying aloof from the continent has given way to an entangling alliance that would compel the British people to go to war on behalf of President Erdogan in Turkey (a government which is still occupying northern Cyprus). 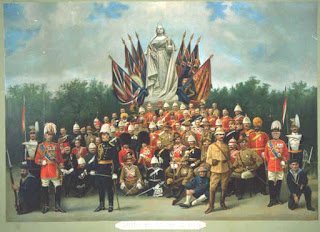 The government of the United Kingdom has completely abandoned the former balance of powers between the Crown, Lords and Commons in favor of a system which has seen the monarch and the peers stripped of all power with the House of Commons and their political appointees controlling everything. Britain has now become, effectively, a country with a unicameral legislature in all but name. This has been tried before and the results were disastrous. Yet, it seems that even worse may be in store since so many seem to have taken leave of basic common sense. It should be considered quite alarming that young people in Britain today have been brought up to view the Georgian period and the Victorian period of British history as something to be ashamed of. In other words, the greatest period of British success has been deemed "evil" by the current indoctrination centers of the youth, otherwise known as the educational system. If the Victorian era is to be considered wicked, one must wonder what grim depths would be regarded as ideal by these twisted minds, the same minds who have singled out the very period in which the British Empire eradicated the slave trade as being "racist".

I have often been told that, "you cannot turn back the clock" and that is certainly true. However, that reminds me of the words of David Niven in the title role of the British cinematic bomb "Bonnie Prince Charlie" when, upon being told exactly that by a highland chief, the Prince replied, "I have not come to turn back the clock, I have come to wind the clock". Exactly so, I would say. We cannot turn back the clock but we can wind the clock so that it runs properly as it did in days past. The victorious allies could not "turn back the clock" after the French Revolution, they could not make it so that it had never happened, they could not bring the butchered Bourbons back from the dead but they could, and did, see the traditional Kingdom of France restored under the rightful King Louis XVIII. Britain today needs only to learn from its mistakes as it used to do to great effect. Allow the monarch to exercise those powers which rightfully belong to the monarch, bring back the actual (hereditary) peers to the House of Lords and give that chamber its traditional powers back. Stop all this egalitarian, internationalist nonsense and get back to basic common sense of people who recognized the difference between a prince and a pauper, a peer and a peasant, a Welshman and a Kenyan. These are not difficult distinctions to make, nor is the difference between a fragmented European province and the greatest empire the world had seen since ancient Rome. The difference between success and failure.
Posted by MadMonarchist at 2:53 PM