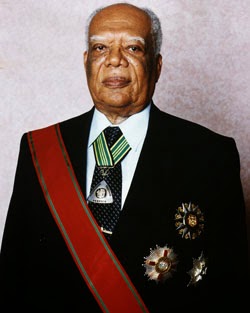 Jamaica recently saw the passing of one of its most prominent national leaders in the person of former Governor-General Sir Howard Cooke. He was born Howard Felix Hanlan Cooke on November 13, 1915 to David Brown Cooke and Mary Jane Minto in Goodwill, St. James. After a normal private school education he attended Mico College and London University. He distinguished himself as a student and decided to focus on a career in education. Concern for the proper formation of young people was an interest of his throughout his life. For twenty-three years he worked as a teacher, starting in his alma mater of Mico College and Practising School, later being given the position of headmaster at Belle Castle All-Age School, Port Antonio Upper School and finally Montego Bay Boys’ School. He was a member and served a term as president of the Jamaica Union of Teachers. To supplement this, Cooke also worked in the insurance business, gaining the positions of Senior Inspector and Branch Manager at Standard Life Insurance Company; Unit Manager at Jamaica Mutual Life and Branch Manager of the American Life Insurance Company. Finally, however, he felt the call to enter the public sphere and become active in politics. 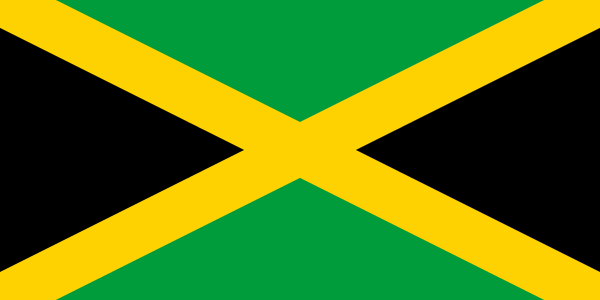 The political career of Howard Cooke would no doubt seem strange to some as it did not fit with his later reputation as a staunch royalist but in Jamaica it was not seen as so unusual. He got into politics in 1938 and co-founded the People’s National Party, the oldest party in the English-speaking Caribbean. A social democrat party, part of the Socialist International, it has remained one of the two most prominent parties in Jamaican politics which is dominated by the left. The main rival of the PNP has long been the Jamaica Labour Party and it is generally viewed as being the more leftist of the two. However, after a particularly an electoral defeat at the hands of Labour, and a subsequent downturn in the economy, the PNP came back to power with a noticeable shift toward the center and away from the extreme left to the point that some have come to describe it as a “third position” party, neither right nor left though any mention of “third position” or “third way” will doubtless unnerve some people. Cooke served as chairman of the party and consistently held high leadership positions. 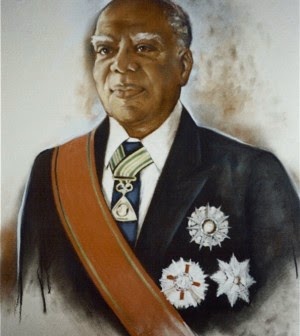 One year after entering the political arena, Cooke married Ivy Sylvia Lucille Tai on July 22, 1939, starting a long and successful marriage that produced two sons and one daughter. A measure of political success finally arrived for Cooke in 1958 when he was elected to the West Indies Federal Parliament, representing his native St. James. In 1962 he entered the Jamaican Parliament as a Senator, serving until 1967 when he moved to the House of Representatives until 1980. During that time, he served in the government of Michael Manley as Minister of Pension and Social Security, Minister of Education and Minister of Labour and Public Service. From 1989 to 1991 Cooke served as President of the Senate and he was the Executive of the Commonwealth Parliamentary Association. In 1991 he was appointed Governor-General of Jamaica by HM Queen Elizabeth II, serving until 2006, receiving numerous awards and more than one order of knighthood. Outside of the realm of politics and policy, he displayed a greater inclination toward the traditional, emphasizing the monarchy and the place of the Crown in Jamaican life as well as working to preserve and promote Jamaican culture.

Sir Howard Cooke was a longtime member of the Freemasons and a lay pastor of the United Church of Jamaica and the Cayman Islands. One of his special concerns, as mentioned earlier, was the youth and he was always most proud of the title of “teacher”. He was a longtime supporter of the St. Andrew Boys’ Scout Association, enjoyed cricket and football and build numerous community centers in his hometown to improve the welfare of children, to keep them from taking self-destructive paths in life. He was a key figure in the political development of Jamaica, extremely influential in the educational sphere and proved to be such a respected and adept Governor-General that he was actually entrusted with additional duties and responsibilities that most others in viceregal positions would never have because he was held in such high regard by all parties. 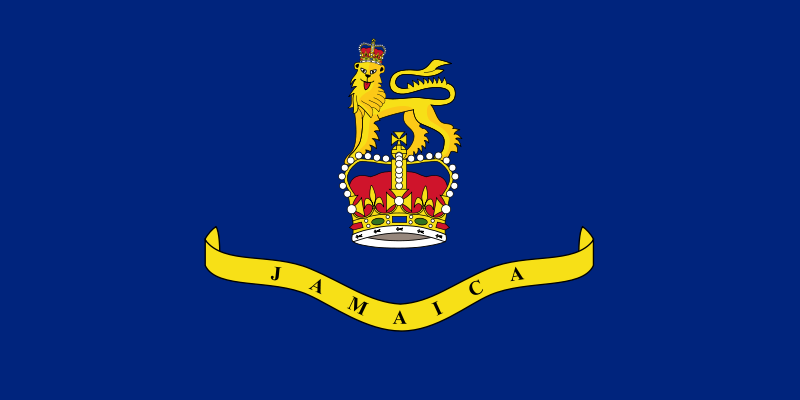 Of course, coming from a political background, it cannot escape mention that the sort of politics he favored has had some negative effects, probably unintended by someone like Sir Howard Cooke. Most significantly for our purposes is that the People’s National Party, which he co-founded, was the party which produced the Prime Ministers Percival Patterson and Portia Simpson-Miller who are the only Jamaican heads of government to officially endorse republicanism and call for abolishing the monarchy, replacing the Queen with an elected head-of-state. So far, that campaign has not been successful and hopefully it never will. Sir Howard Cooke did no such thing of course, but policies and ideologies have an effect on the public mentality and the ideology of democratic socialism contains an inherent seed of republicanism. The effect has been that, even while the party has moved away from its more stridently socialist position, which it had in the days of Cooke, it has brought forward political leaders who espouse republicanism, who have rolled back the former staunch opposition to the homosexual agenda and who still have no problem serving in the Socialist International of which Simpson-Miller was elected Vice President in 2013.

Sir Howard Cooke could be thankful these changes came after he had left the political scene and, it should be pointed out, once he did so, firmly embraced the idea of political impartiality in his role as Governor-General. His ability to stand apart from politics, to be totally impartial and bi-partisan no doubt contributed to his status as such a widely respected figure across the Jamaican political spectrum. Sir Howard Cooke died on July 11, 2014 at the age of 98 in Kingston.
Posted by MadMonarchist at 12:06 AM