...continued from Part I

Emperor Matthias: Put in charge of Hungary by his brother, Matthias aligned with the Protestant rebels, gained control of more disaffected territories and finally forced Rudolf from power. In 1612 he was elected Emperor but the methods he had used to gain power soon caused him problems. He had to deal with rebellious forces in Hungary, Slavonia, Croatia as those who he had granted concessions to before demanded more from him. His hope was to reconcile the Catholics and Protestants but the Protestants did not want to be reconciled, nor did the more zealous Catholics of the House of Hapsburg who wanted to wipe out Protestantism, an idea which even Charles V had deemed impractical. Poor Matthias was, in a way, hoisted on his own petard. He had inadvertently stirred up ambitions among the rebellious to unseat his ineffective brother only to see his own reign crippled by divisions and rebellion. His brother, Archduke Rudolf III of Austria, Grand Master of the Teutonic Knights, was one of the leaders in this area and succeeded in gaining power as Emperor Matthias grew old and feeble. He died in 1619 and any thought of reconciliation died with him.

Emperor Ferdinand II: One thing was certainly clear when Ferdinand II was elected Emperor in 1619; any concessions to Protestantism would be stopped. Kaiser Ferdinand II was a staunch, devout Catholic, Jesuit-educated and a man who wished to see Catholicism restored throughout Germany. Religious liberty was not his thing and he was not big on the idea of sharing power with the nobility either and he wasted no time in tearing up the agreements of his predecessors and enforcing an imperial smack-down on the Protestants in his territory. The Bohemians revolted first, declared Ferdinand deposed and tried to replace him but he still managed to be elected emperor first and soon fighting broke out that spread quickly. This was the start of the Thirty Years War as Catholics and Protestants struggled for the domination of Germany and really all of Central Europe. The forces of Kaiser Ferdinand seemed to always be successful only to have a new enemy arise to snatch final victory from their grasp. At White Mountain the Catholic imperial forces led by the Belgian general Tilly were victorious over the Protestants in Bohemia but then Denmark got involved. Spain came to help Austria and under Wallenstein the imperial forces were victorious again. But, then Sweden got involved and King Gustavus Adolphus dealt the Catholics a devastating blow. Tilly was defeated, Wallenstein was recalled and finally the Swedes were checked with the death of their King. However, just as Ferdinand II was about to declare victory, France intervened and in 1637 Emperor Ferdinand II died and both sides were exhausted. 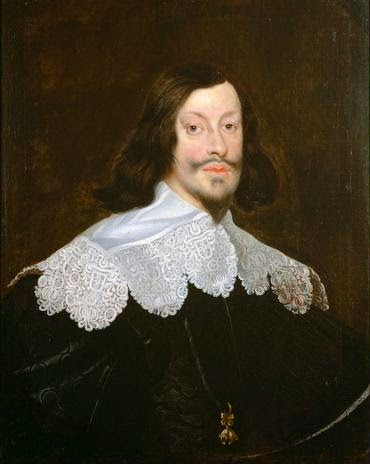 Emperor Ferdinand III: Under his father, Ferdinand III has taken command of the imperial army and won a smashing victory over the Swedes, proving himself to be a capable commander. It was left to him to see the Thirty Years War brought to an end, not with the victory he had hoped but with a negotiated peace. The only thing that was really settled was that nothing was going to be settled and Germany would remain religiously divided between the Catholics and Protestants. It also changed the nature of the (German) Empire for whereas his predecessors like his father Ferdinand II, Ferdinand I and Maximilian I had tried to centralize power, Ferdinand III was obliged to do the opposite. In order to gain more support against the Swedes and then the French, he conceded much greater local autonomy to the various German rulers so that, once again, the empire existed more on paper than in reality. It became more of an idea and less of an actual pan-German empire. But, it was a matter of necessity for Ferdinand III and he did his best to stay strong and keep up the fight, even after the official peace, by helping Spain against France in Italy and helping the Catholic Poles against Sweden. However, it would be wrong to expect too much from the reign of Ferdinand III as the whole Hapsburg realm was exhausted by the Thirty Years War and the whole of Germany was in ruins and would be a long, long time in recovery. He did the best he could under such circumstances and should be appreciated for that.

Emperor Leopold I: Fortunately, Hapsburg fortunes turned around after the election in 1658 of Emperor Leopold I, though it was due in large part to a man who was not a Hapsburg and not even a German-Austrian but a rather frail, French-born Italian by the name of Prince Eugene of Savoy who happened to be one of the greatest captains in military history. Leopold I was a very learned man, conservative, a great lover of music as well as being devoutly religious. All in all, a fine combination. Hungary, Bohemia and Croatia rallied to him and there was a conflict with Sweden but the great rivals of his reign would be Turkey and Louis XIV of France. The Turks were first dealt with thanks to another brilliant general, the Italian Field Marshal Raimondo Montecuccoli. Next was Louis XIV of France who was blocked by the Prince of Orange who then managed a major coup in becoming King William III of England, Scotland and Ireland. He also had to deal with a rebellion in Hungary led by Protestant nobles who disliked Leopold’s efforts to enforce Catholic uniformity. This was used as a pretext by the Turks to launch a major invasion of Central Europe resulting in the attack on Vienna which was turned back thanks to the timely arrival of the Poles under King John Sobieski. Prince Eugene followed up with more victories over the Turks, pushing them out of Hungary and further south. He would go on to more fame in the War of Spanish Succession against France. Leopold I would not live to see the end of it but he had shown good sense, picked good commanders, consolidated power for his house and supported the Church. He was very intelligent and smart enough to know to leave military matters in the hands of those best suited for it while he focused on music, religion and government. A good man and a good emperor, he died in 1705.

Emperor Joseph I: Not much is usually said about Joseph I who suffered from bad timing as an emperor. He started out overseeing events already set in motion by his father and then died before seeing the conclusion of his own plans. However, he certainly had plans, the foremost of which was the establishment of Austria as a great power. He carried on with the War of Spanish Succession in the hope of seeing the Hapsburgs maintained on the throne of Spain which, in the end, did not happen though thanks to Prince Eugene of Savoy he did gain a commanding position in Italy. Considered a reformer in his youth, he was not a radical but did enact some needed changes in the Hapsburg government and he did manage to bring order to the chronically chaotic state of the Austrian economy. His efforts to dominate Italy brought him to the brink of war with the Pope (not an unusual occurrence) but he was obliged to make peace when rebellion broke out in Hungary (also not an unusual occurrence). Once again, Hungarian rebels aligned with the Turks and Joseph I was obliged to roll back some of the power gained by the imperial monarchy in order to win the support necessary to pacify Hungary and keep the Turks from getting any big ideas. Although not often mentioned, it was also Emperor Joseph I who got the ball rolling on the Pragmatic Sanction to secure the hereditary succession of the lands of Austria. He died, his work not yet finished, in 1711.

Emperor Charles VI: What potential and what a waste! Emperor Charles VI often seems left out of history as little more than a prelude to the reign of his daughter. This is somewhat understandable given that much of his early life was spent more like a pretender to a crown he never achieved. It was his overriding goal in life to become the King of Spain and he did live in the country for a time, mostly ruling over Catalonia and the British and Portuguese supported his bid for the throne. However, despite many victories, the war did not end the way Charles wanted. When Joseph I died he went back to Austria to be elected emperor and the British suddenly dropped their support for him. They did not want to see French power expanded but nor did they wish to see the same monarch ruling over both Spain and Austria. He married but had only daughters and became obsessed with securing the succession for his daughter, Maria Theresa, by issuing the Pragmatic Sanction and trying to get all the major powers to recognize it. Although not often recognized, Charles VI was quite an accomplished emperor. He defeated the Turks and gained the Banat for Hungary as well as taking Serbia and some other territories. He consolidated the Hapsburg position in Italy by trading Sardinia for Sicily with the House of Savoy and set Austria out on what might have been the start of a colonial foreign policy by founding a trading company for the West Indies. However, he emptied the Austrian treasury trying to bribe everyone in recognizing the Pragmatic Sanction as well as granting other concessions (Britain demanded he step back from trying colonialism). It was not always money well spent as most powers ended up adhering to or rejecting it as their own national interest dictated. He died in 1740.

To be concluded in Part III...
Posted by MadMonarchist at 12:11 AM