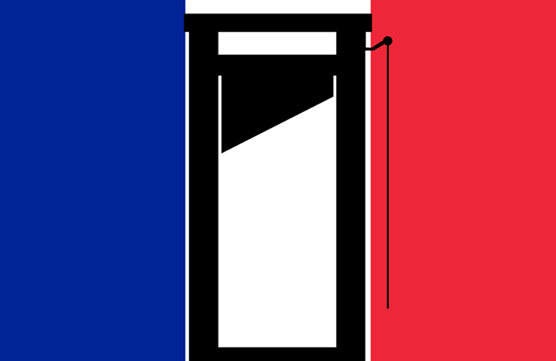 One of the most reprehensible figures of the West Indies in the French Revolutionary Wars was Victor Hugues. A native of Marseille, his family moved to Santo Domingo but fled back to France because of the Haitian Revolt. Victor Hugues got in good with the Jacobin Club, was appointed to the Committee of Public Salvation in La Rochelle and finally in 1794 was sent to be governor of the island of Guadeloupe with orders to carry out the abolition of slavery passed by the revolutionary regime. This was, not surprisingly, opposed by the planter class and they, along with any other French royalists, quickly allied themselves with the British in trying to hold back the forces of the revolution. The British, as soon as war broke out with France, was intent on seizing control of as much of the West Indies as possible and not simply because of an effort at a land-grab. French revolutionary forces in the region enlisted privateers to prey on British shipping and in 1795 King Carlos IV of Spain was pressured into an alliance with the First French Republic, making almost every part of the West Indies a real or potential threat to British security in the region. Throughout the French Revolutionary and Napoleonic Wars, British forces undertook a number of operations in and around the West Indies which often started out as brilliant successes but proved extremely costly due to the prevalence of disease in the islands.

As part of a wider operation against other islands in the neighborhood, British forces under the overall command of General Charles Grey landed on Guadeloupe in April of 1794 and joined in cooperation with the French royalists there. This was in fulfillment of the terms of the Whitehall Accord signed by the British and the French royalists representing Guadeloupe, Martinique and Saint-Domingue by which the French royalists offered financial support in exchange for British military protection against the revolutionaries. Backed up by Royal Navy forces led by Admiral Sir John Jervis, the British made short work of the local defending forces and within a matter of days had the island under their control. With most local matters left in the hands of the royalist French planters, life returned to what it had been before the outbreak of the revolution. However, little more than a month later, a French fleet arrived with Victor Hugues and a relatively small number of French troops. While the British army was being decimated by yellow fever, Hugues rallied local republicans and a large force of Blacks and mulattos attracted by his proclamation of the abolition of slavery. These reinforced the 1,500 French troops he had brought with him and while his forces grew stronger, those of the British and French royalists grew only weaker due to the ravages of disease.

Today, Victor Hugues is most remembered for his carrying out of the abolition of slavery in accordance with the order of the National Convention, however, the image of the liberating revolutionary opposing the wicked slave-holding royalists backed up by Britain is an extremely misleading one. Hugues, it should not be forgotten, was typical of the Jacobins he aligned himself with. These were people who espoused lofty, liberal sentiments but who used the most brutal and barbaric methods to push forward their cause. These were the people who instituted the Reign of Terror in France and Hugues had no hesitation in using the same methods on Guadeloupe. Similarly, his abolition of slavery was not the great liberation most people think. In typical Jacobin fashion, it ultimately proved to be a mere matter of rhetoric that bore no relation to actual reality. In fact, slavery was not abolished by the revolutionaries at all but simply renamed. The end result was that, while no one was technically a slave, the supposedly liberated people were still subject to forced labor as the governor saw fit to employ and he employed a great deal of it in the pursuit of his goal to crush the royalists and drive the British from the island. For the Black residents of Guadeloupe, nothing fundamentally changed other than that, instead of being forced to work without pay for the benefit of private owners, they were forced to work without pay for the benefit of the revolutionary government.

However, thanks more to rampant disease than any brilliance on the part of the opposition, Hugues was ultimately victorious over the British. The force at Barville was obliged to surrender which included about 800 French royalist émigrés and 900 Black soldiers. Once again, though it is not often talked about, the true character of the French Revolution and its supporters was on full display when, after the surrender, Hugues carried out a horrific bloodbath, massacring 865 French royalists as well as some of the other prisoners. Sadly, such brutality was not unique to Guadeloupe. Whereas most people know about the horrific cruelty of the French Revolution in France with the September Massacres, the butchery in western France, the regicide and so on, few remember that the same sort of things happened on a smaller scale in the French colonies and they were no less brutal and, at times, even more so. The true legacy of the French Revolution, in the West Indies as elsewhere, was not “liberty, equality and fraternity” but rather the delusion that all injustice can be remedied by mass executions and that if one claims a lofty-enough sounding ideal, the most vile and despicable depths of cruelty and brutality can be justified. In rejecting the revolution and embracing monarchy, this mentality is also rejected; the idea that perfection in this life can be achieved by means of human extermination.

As for Guadeloupe, while the British did send reinforcements to the West Indies for a new offensive led by the talented General Sir Ralph Abercromby, that island was never retaken and it became a paradise for pirates and smugglers throughout the period in question. Eventually, Napoleon Bonaparte sent troops to bring the island under his control and during the subsequent occupation about 10,000 inhabitants were killed. In 1810 the British did return and retake the island, holding it until 1816. During that time, from 1813, it was under the nominal jurisdiction of the Kingdom of Sweden before being ceded back to France in 1814. Slavery returned with the troops sent by Napoleon and was not actually abolished for good until 1848 through the efforts of Victor Schoelcher. In 1946 Guadeloupe became an overseas department of France which it has remained ever since.
Posted by MadMonarchist at 12:09 AM