Emperor Frederick III: Known as “Frederick the Peaceful”, Frederick III was the first Hapsburg to be elected Holy Roman Emperor and the last to be crowned by the Pope in the city of Rome in 1452. Known as an aloof, distant sort of man with a tendency to be indecisive, Pope Pius II sardonically said that he wished to “conquer the world while remaining seated”. Still, it seems to have worked for him and some have a tendency to unjustly dismiss Frederick III. He was not so much slow as methodical, not so much unimaginative as cautious, careful, sober and realistic. He negotiated a concordat with the Pope that governed Hapsburg Church-State relations for nearly four hundred years and his patience and determination allowed him to triumph over seemingly insurmountable obstacles. His brother rebelled against him and defeated him at every turn, yet Frederick III persevered and maintained himself on the throne. He failed to defeat the Hungarians, who won numerous victories over his forces, yet he survived and did manage to pull off a real long-term victory over Burgundy, securing an advantageous marriage for his son and the inheritance of that choice piece of real-estate. He died in 1493.

Emperor Maximilian I: One of the great ones, Kaiser Max is the real-life reason behind the famous saying, ‘Others make war, but thou, oh happy Austria, only marries’. His reign as Emperor dates from 1508 but he had been in charge of the Hapsburg dynasty for much longer. He was Duke of Burgundy thanks to the marriage contract won at gunpoint by his father and so from 1477 he was already ruler of a large slice of France and the Low Countries. When King Louis XI of France tried to take Burgundy from him, Max went to war and sent the French packing. He fought the French again in the Italian Wars and seized the Tyrol when he was asked to settle a dispute between the Tyrolese and the Bavarians. Perhaps most significantly, he married his son, Philip the Handsome, to Juana of Castile, daughter of Fernando and Isabella, thus securing Spain for the House of Hapsburg. He tried to make the Holy Roman Empire into a more unitary state and to use matrimonial alliances to gain mastery over France but was less successful in those endeavors. He also lost the Hapsburg ancestral lands to Switzerland but, the foundations he laid ended up bringing about a Hapsburg empire second to none in the western world.

Emperor Charles V: A giant in western history, Charles V was elected Emperor in 1519 but had already inherited a massive empire from Spain to the Low Countries to Austria itself. A sincerely religious man but a worldly and practical one as well, it is no understatement to say that Emperor Charles V saved Christendom on more than one occasion. During his eventful reign, he was almost constantly at war and was usually victorious. He defeated the Turks in the south, won a crushing victory over the French at Pavia in the west, broke the power of the Pope in Italy and subdued rebellious princes in Germany. A cosmopolitan man who almost defied classification, he was also in charge when Lutheranism first appeared and famously rebuked the monk at the Diet of Worms. He urged the Catholic Church to make reforms such as would make it easier for the Lutherans to get along with it but to no avail. He fought the Protestants for a time but ended by making peace with them so as to focus on external enemies. He was the last Emperor to actually be crowned, done in Bologna by Pope Clement VII after he had conquered Italy and forced the Pope’s submission. The Spanish empire expanded in the New World but so many conflicts did cause considerable financial problems in the future. Still, a giant historical figure who became something of a legend in Spain and Germany alike.

Emperor Ferdinand I: The brother of Charles V, he oversaw the German half of the Hapsburg empire, inheriting it when his brother abdicated while the Spanish half went to his nephew King Philip II. He also gained the thrones of Bohemia, Hungary and Croatia but a faction of the Hungarians allied with the Ottoman Sultan and rebelled against him. Vienna was besieged but in the end the Austrians were victorious. Ferdinand also negotiated the peace on behalf of his brother with the Protestants in Germany, allowing them to maintain their religion. He tried to centralize power and build-up an absolute monarchy in the Holy Roman Empire but had to deal with rebellions in Bohemia and Hungary. He sympathized with many of the positions of the Protestants but still supported the “Counter-Reformation” and invited the Jesuits into Vienna and Prague toward that end so the idea some have entertained that he was a crypto-Protestant is an exaggeration. He was a practical man who did his best to defend and consolidate the Hapsburg realm and to keep the Turks out of Central Europe. He died in 1564 after a reign that was difficult and not without setbacks but which had been successful when it counted most. Overall, an astute monarch. 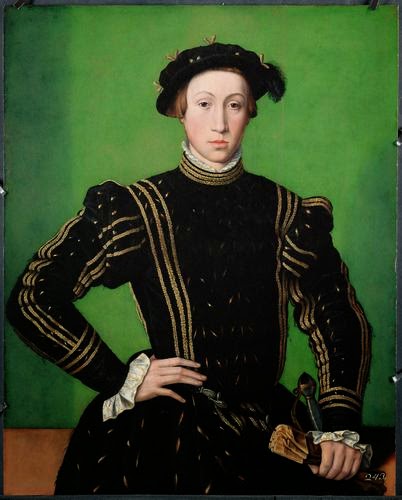 Emperor Maximilian II: Elected the same year his father and predecessor died, Kaiser Max II at times seemed to be unsure whether he wanted to be a Catholic or a Protestant. He seemed so favorably inclined to the Lutherans that his father had to assure the Pope that Maximilian would not succeed him if he actually became a Protestant. As it happened, Max II remained at least nominally Catholic throughout his life. There were Protestant as well as Catholic electors and no law stipulating that an Emperor had to be a Catholic. In the end, he was on good terms with the Protestants and still elected Emperor as a Catholic with the Pope confirming his election. He then pushed for the Pope to accept Protestant practices such as doing away with clerical celibacy and giving communion in both kinds. When the Council of Trent issued its documents, he refused to have them published and tried to get his Spanish cousin to ease up on the Protestants in Holland. In the end, he angered the Catholics and still never managed to totally appease the Protestants and he was unable to take the remainder of Hungary back from the Turks. He died while trying to press his claim to the Kingdom of Poland in 1576. His reign was a rather well meaning mess that accomplished little.

Emperor Rudolf II: One of the more unusual Hapsburg emperors. Most regarded him as aloof, excessively formal and rather stiff. He was certainly reclusive and rather eccentric and not the most dutiful of monarchs. He never married so never produced an heir and delegated most of his daily tasks to others while he obsessed over machinery, astrology and alchemy (and religious people should remember when being lectured by modern scientists that astrology and alchemy were at one time considered solid, scientific “fact”). He was tolerant towards Protestants and Jews and was never really a serious, practicing Catholic but his actual state of mind became harder to determine and more erratic. He was prone to fits of depression and became almost obsessive in his fascination with alchemy. He naively tried to remain neutral in the growing tensions between Catholics and Protestants and tried to bring everyone together for a war against the Ottoman Turks but it got him nowhere and soon Hungary was in rebellion again. In Bohemia he granted concessions to the Protestants but they only demanded more and joined forces with the Hungarians to force Rudolf from power. He died in 1612 powerless and possibly mad.

To be continued in Part II...
Posted by MadMonarchist at 12:31 AM