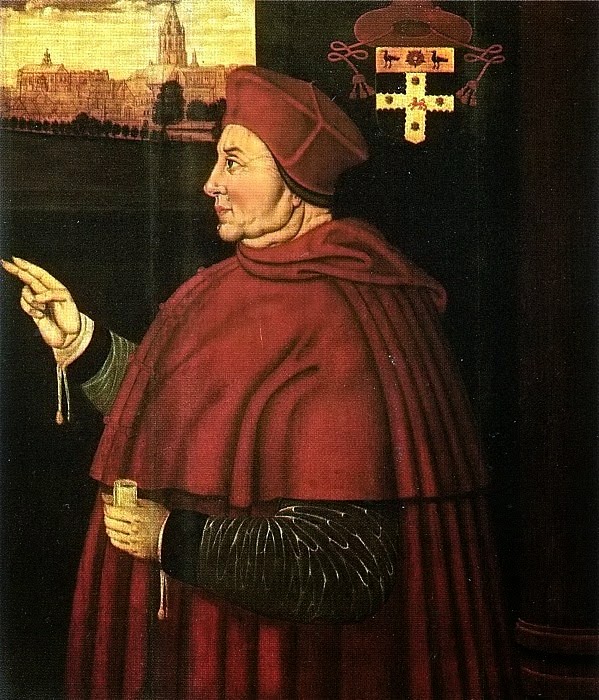 Known as the personification of the problems in the Catholic Church of his time, Cardinal Wolsey was worldly, wealthy and ambitious. Yet, like most figures of the Renaissance or any period in history Wolsey had his good points as well as his failings. He rose to prominence during the reign of King Henry VII, founder of the Tudor dynasty and was a major figure at court as well as acting as an envoy to the Holy Roman Emperor Maximilian. When Henry VIII came to the throne Wolsey's star was to rise even higher, and the young king had complete trust in the clever churchman. One way this came about was mutual ambition. Henry VIII wanted power and glory and would abide no one who tried to discourage him. Wolsey realized this and was always eager to encourage the King's ambition as a way of realizing his own. 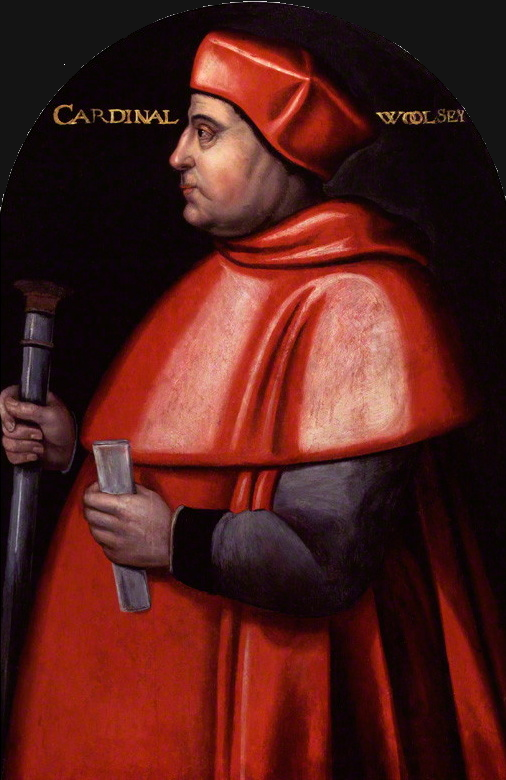 It was a policy that worked as in 1514 Wolsey was given the prestigious position of Archbishop of York. In September the following year he was elevated to the rank of Cardinal and only one month later Henry VIII made him Lord Chancellor of England. This was the apex of his career, holding the most powerful office in the kingdom and the red hat of a Prince of the Church. It was quite a rise from someone who had been born the son of a butcher. For some time their relationship was good. The King was obsessed with wars and jousts and pageantry and had no interest in the work of administration, which was therefore left in Cardinal Wolsey's capable hands. Even his worst enemy could not deny that Wolsey was committed, hard working and extremely good at his job.

Problems did not arise until that pivotal moment in English history when King Henry VIII fell for the seductions of Ann Boleyn and became determined to put away his lawful wife Queen Catherine of Aragon. Cardinal Wolsey, ever devoted to the King, did his best to solve the problem but knew that the Pope would refuse. He earned the wrath of Ann Boleyn who tried to turn Henry against him, and other than the King, Wolsey had few friends. His rise from humble origins disturbed the aristocracy, and many envied his extreme wealth, it often being said that he lived even more luxuriously than the King himself. Wolsey was also the perfect illustration of all the problems in the Church that devoted men like St Thomas More were demanding be corrected. He became very fat, extracted fees from those given posts in the Church, was absent from his see in York, had fathered illegitimate children and had done little to strop the spread of Lutheranism/Protestantism in England. When he failed to gain the annulment Henry wanted some accused him of purposely not trying hard enough because of an ambition to be elected Pope. 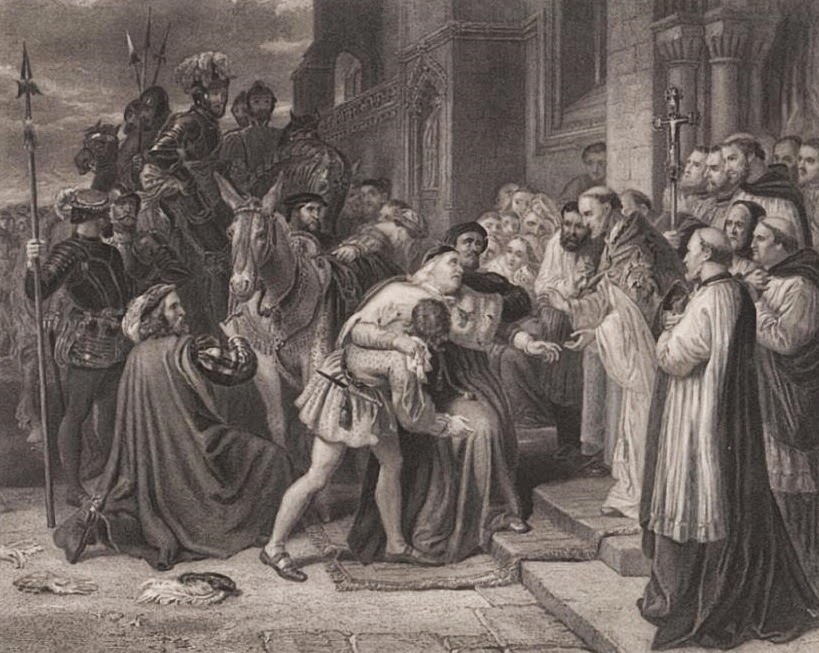 Because Queen Catherine was the aunt of the Holy Roman Emperor Charles V, and Cardinal Wolsey was pushing a foreign policy of closeness with France, he would have liked nothing better than to see the Queen put away. However, he did not approve of Henry marrying Ann Boleyn, who it seemed to many had cast a spell over the King and was driving him to make revolutionary changes in the kingdom simply to satisfy his lust. When the Cardinal could not get a swift judgment in Henry's favor, the king grew impatient and his enemies among the nobility and especially Ann Boleyn, closed in on Wolsey. He was dismissed as Lord Chancellor, stripped of his role as Papal legate, deprived of all offices save the archbishopric of York and was later forced to sign over all of his possessions to the King.

Later, when it was found that Wolsey had not been at fault for the king not obtaining his divorce, he was pardoned and returned to York to try to act as the shepherd he was supposed to have been. However, he had powerful enemies that would not relent and they produced forged documents claiming that the Cardinal had been in secret negotiations with the King of France and demanded that he be tried for high treason. When the King's officers came to arrest him he famously said, "Master Kingston, I see the matter against me now it is framed; but if I had served God as diligently as I have done the King He would not have given me over in my gray hairs". Cardinal Wolsey, however, was never tried or executed for the charges against him as he died before the matter could be concluded on November 29, 1530.
Posted by MadMonarchist at 12:04 AM