The Empire of Lies 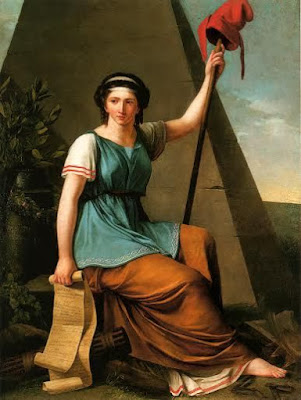 One of America's most important "Founding Fathers" once referred to his vision of the United States of America as an "Empire of Liberty". A better description of modern republicanism in general could be the "Empire of Lies". Jefferson, of course, knew that his phrase in the Declaration of Independence, that "all men are created equal" was a lie when he said it. The struggle which prompted that phrase was based on a number of 'whoppers' such as the colonies being over-taxed (in fact, they were hardly taxed at all) to the claim that they could not be taxed since they had no representation in the British government when, in fact, they wanted no such representation because they could have been easily outvoted by the much larger population of Britain which was also much more heavily taxed and likely none too sympathetic with their receiving all of the benefits of British rule while shouldering hardly any of the cost. 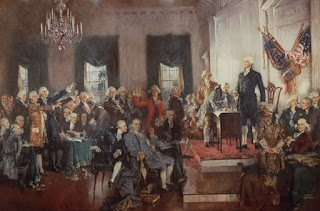 We have lately been “treated” to two sides of the political spectrum in America arguing over “free speech” when neither of them actually believe in such a thing. The left shouts people down or resorts to violence to silence speech they disapprove of and, while the right has not done the same (such as in regards to the protests of the national anthem), that may well only be because they are unable to. As with all people of all times, they refuse to tolerate anyone disparaging that which they hold most dear. In the old days, it was speaking disrespectfully of the king or of Christianity that would land you in hot water, today it is more often speaking against the “narrative” of the ruling elite.

Also, recently, after the horrific mass-shooting in Las Vegas, we have the left telling another big lie which is that they are all about “gun control” and if only we could take guns away from people, all would be well. They don’t mean a word of it. If they did, they would not have put a stop to Mayor Giuliani’s program of “stop and frisk” in New York City which was aimed at getting illegal firearms off the streets. However, it seemed that the people with illegal firearms were too consistently of one color and so this was deemed “racist” and had to be stopped. So, by their actions, we know that any effort at “gun control” is really only an effort to suppress gun ownership by one segment of the population and not the population as a whole. After all, that “equality under the law” jargon has been shown to be nothing but a lie as well. The law only applies to certain people and some people are ‘more equal than others’. 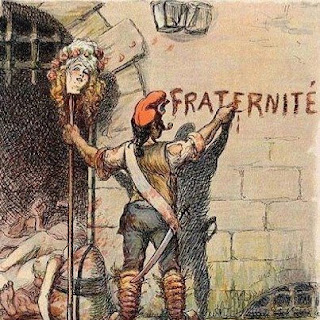 Lies are the foundation of our modern society. Everyone knows this, it is only that few wish to seriously address it. Everyone in probably every society knows some version of the joke about politicians, how they pretend to tell us the truth and we pretend to believe them. The lies are positively essential when you have a society based on vague, ephemeral, unrealistic and unobtainable “ideals” rather than actual reality. Equality is not a reality and no amount of legal paperwork, five-year plans or social engineering can ever make it so. Popular sovereignty is a lie, there are those who rule and those who are ruled and that is just as true today as it was in the age of absolutism, the Middle Ages or ancient Rome. The separation of church and state is a lie and an increasingly obvious one. The official religion of every modern state is not always a traditional religion but it is at least a pseudo-religion. Often, this too is simply a “narrative” and that narrative will be defended with all of the zeal of the Dominicans of the Inquisition.

Modern Germany offers a plethora of examples. Freedom of assembly? Only for those approved of by the elite. Democracy? The Germans never voted to make themselves an endangered species. They never voted to get rid of the Kaiser and in this Germany of government ‘by the people’, the choice of going back to the Kaiser is legally forbidden to them. Freedom of speech is an obvious lie everyone knows about and it has been mentioned here before. Tell someone you think the Armenian genocide did not happen and you may be thought a crank but tell someone you think the Holocaust did not happen and you will be put in prison. Fly a communist flag, you may offend a few but will be in no trouble. Fly a Nazi flag and, again, you will go to prison. In Nazi Germany, all parties but one were banned. Modern Germany gives you a wide selection of parties to choose from but only those the ruling elite approves of. We are told, of course, that this is because some ideas are simply too dangerous to be allowed a hearing. That is fair enough, however, it also means that the people who lie and say they believe in self-rule by "the people" do not believe the people are intelligent enough to refrain from supporting the Nazis if they were able to hear them and consider their ideas. Obviously, once again, the whole basis of their system is a lie. 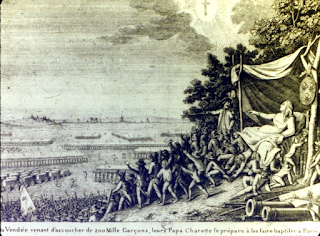 The French Republic, likewise, rests on a bed of lies. The lie that the Revolution was in any way glorious rather than an orgy of self-destruction, the lie that the revolutionaries ever actually delivered on any of their high-sounding promises, the lie that the republic prevailed because of its superiority rather than the inability of the royalists to present a better alternative, all the way up to more recent lies such as what the French were doing in World War II. Some things, such as the storming of the Bastille being a heroic enterprise, are simply lies but the French Revolutionaries are more likely to lie by omission. This is quite common nowadays. There is simply no way to put a positive spin on something like the crushing of the Vendee uprising, the September Massacres or how the little Dauphin was abused, tormented and finally starved to death so such things are simply not talked about at all.

Practically all of our modern lives are based on lies. The education system is full of lies designed to feed the narrative of our rulers, as is the news media and much of pop culture. Our economic system is based on lies. Napoleon Bonaparte once said that, "History is a set of lies agreed upon". Substitute the word "currency" for "history" and this statement is just as true. Our money has value because our government lies to us and tells that it does, simply because they say so, and we believe them because not to would be disastrous. So much of our economies today depend on people making bets on the profits to be made on products that have not even been manufactured yet. We buy, sell and trade success or loss on items no one has produced. Not all of course, but a great deal of it is all based on nothing concrete, nothing substantive. In other words, lies, selling a product you do not have for imaginary money from someone else. And, it all goes on because to admit the lie would cause the entire facade to come crashing down and leave everyone in ruins. One of the "benefits" of globalism is that all the nations of the world are now members of a suicide pact. 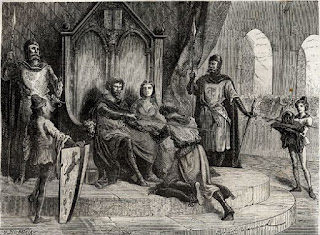 Once upon a time, all of this was not so. In the pre-revolutionary days things were quite different. Not that lies did not exist in those days, they certainly did, but because before the revolutionary era there was no mass-politics, no politicians and thus no need to resort to wide-scale deceit in order to win and hold on to power. In the days of traditional monarchy, the system was not based on lies but on straightforward loyalties and obligations. Monarchs were monarchs of peoples, their peoples and their only concern was what was in the best interests of their peoples. The King of the English, the King of the Franks, the Emperor of the Romans etc did not have ideologies, political parties and pressure groups tearing at them. They did not have welfare states to fund (the Church and the guilds took care of such things), they did not have an entire system of government based on false and absurd ideals that required an army of propagandists working 24/7 to maintain and adjust the flow of lies. You knew who was in charge, you knew who had power over you, you knew what your obligations were and you knew who was responsible if things went badly.

I doubt many today could even imagine how much more simple, direct and honest things used to be in the days before every man, woman and child was expected to be involved in politics. I doubt many can imagine what it was like before everyone in society was locked in constant ideological warfare with their fellow citizens. It was the way life was once. There were no Tories, Labourites and Liberal Democrats, there were just Englishmen. There were no Christian Democrats, Social Democrats, Greens and so on, just Germans, Frenchmen and so on all wanting to make the best of their lives, to live in peace and not be plundered by the neighbors. Your king was your king, your lord or other local authority was well known as were his obligations. A society without politics, without political parties, seems endlessly attractive to me. I wonder if we are becoming so inundated with lies these days that others might start to feel the same?
Posted by MadMonarchist at 3:32 PM