A Brief Word on Titles 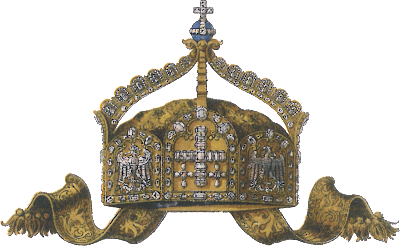 Today we are quite used to titles being sort of honorary and nothing more, particularly, I think, in the English-speaking world but, certainly after the French Revolution, in most of the west as well. The British monarchs, for example, became fond of awarding titles to victorious generals which reflected their success such as Viscount Allenby of Megiddo (a place in the Middle East) or Baron Napier of Magdala (a place in Ethiopia) in addition to some actual location in the U.K. but while they may have had some traditional privileges associated with the place in the U.K. mentioned in their title, it certainly was not their own to rule as they pleased. In the old days, more so the farther back prior to the French Revolution one chooses to go, this was not the case. A title more often meant that the holder of that title actually controlled and ruled the land in question. William the Conqueror, for example, was the Duke of Normandy and he ruled Normandy. So, in the past, a title could mean there were actual lands and people and those lands that the holder of the title actually controlled, sometimes, even then, it was more in name than in fact.

One area that often causes confusion is the “Holy Roman Empire of the German Nation”. You will, for the sake of being easily understood, see the ruler of this entity be referred to as the ‘Holy Roman Emperor’ but his actual imperial title was “Emperor of the Romans”. His primary subsidiary titles were “King of the Germans” or “King of Germany” (the one which mattered the most), “King of Italy” and later “King of Burgundy”. Usually the Emperor held these titles prior to or upon becoming “Emperor of the Romans” but this was not always the case. Usually, whoever became King of Germany was confirmed by the Pope and could then be crowned Emperor of the Romans though not many actually were. Eventually, papal-imperial relations became such a touchy subject that this stopped being done which is why every emperor after Charles V were technically only entitled to be called “Emperor-elect” as they did not officially become “Emperor of the Romans” until crowned by the pope and no emperor after Charles V ever was.

This issue of titles can be very confusing but it is rather important in understanding why certain historical events were so important when, on the surface, it may seem as though there should have been no difficulty about them. Even the title at the very top, “Emperor of the Romans” was rather complicated. Technically, a Roman was and is simply a native of the city of Rome, however the title could be seen, and was, to refer to “Romans” in the broader sense of basically all Europeans or at least all Christian Europeans which, eventually, they all were. Maps might show the actual city of Rome as being part of the Holy Roman Empire but the emperors did not usually rule Rome but rather the popes ruled the city of Rome and part of the reason why there was so much ‘storm and stress’ between the popes and the emperors was because, originally, the popes were supposed to be superior to the emperor in their spiritual capacity but subjects of the emperors in the temporal sphere. It did not usually work out this way in practice though as neither wished to be overruled by the other on any issue.

Similarly, the title of “King of Italy”, falsely regarded by many as an innovation of the Nineteenth Century, was a title which had been in use consistently ever since the fall of the Western Roman Empire when Emperor Romulus Augustus was deposed by Odoacer who was then proclaimed “King of Italy”. You then had the Ostrogoth kings of Italy, then the Lombard kings of Italy and finally it was the German emperors who came to hold the title and would often be crowned King of Italy, after being crowned King of Germany, while on their way from Germany to Rome to be crowned Emperor of the Romans. However, because the Holy Roman Empire was more like a collection of small countries than one, united, powerful country, this did not mean that the emperors, as kings of Italy, actually ruled Italy.

In the first place, relatively soon after Odoacer became King of Italy, the Eastern Roman Empire invaded and recaptured the southern half of the peninsula and later other conquerors did as well so that different political entities were established there and the King of Italy only actually held even nominal rule over the northern half of the peninsula. Yet, even then, the German emperor who was King of Italy did not usually rule even northern Italy himself because of the nature of the empire. Northern Italy was ruled by people like the Doge of Venice, the Duke of Milan, the Duke of Savoy and so on who may or may not have been loyal to the German emperor and their nominal king depending on the situation. Quite often, to prevent the emperors from ruling Italy, the pope would form a coalition of the rulers of the northern Italian states to band together in opposition to the emperors. Sometimes they succeeded, such as under Pope Alexander III, and sometimes they did not, such as under Pope Clement VII. His defeat, by the way, is what resulted in the victorious Charles V being the last Emperor to be crowned by the Pope himself.

Most of the time, the most significant title of the emperors was their position as King of the Germans as that is where they held the most actual power, though most still had to negotiate with the princes and nobles under them in order to accomplish anything. However, this is why there were supposed to be no other kings within the empire other than the Emperor himself who was King of Germany as that would conflict with his title. This is why it was significant when the Elector of Brandenburg demanded to be ‘upgraded’ to King of Prussia as it was seen as being a challenge to the authority of the Emperor who was King of the Germans. Eventually, because the Prussian heartland was outside the borders of the empire, and the Emperor really needed the help of the Prussians, it was decided to allow the Elector of Brandenburg to be called “King in Prussia” but not “King of Prussia”. Later, under Frederick the Great, all pretense would be dropped and he simply adopted the title “King of Prussia” anyway and there was nothing the Emperor could really do about it.

At the very end of the life of the Holy Roman Empire, this ban on more than one king was thrown completely out the window as the victorious Napoleon Bonaparte began to redraw the map of central Europe as he negotiated a new continental order centered around France. This is when, in addition to the King of Prussia, you suddenly had a King of Saxony, a King of Bavaria and a King of Wurttemberg within the historic lands of Germany and different imperial electors than there had been before. Ultimately, however, none of that really mattered as by then the Empire had become so nominal as to be practically nonexistent anyway. Even before the time of Napoleon, when one spoke of the “Emperor” they actually meant the ruler of Austria as he clearly did not rule the whole of the German nation. In 1804 the Emperor Francis II, wishing to end the charade as well as preventing Napoleon himself from being elected, abolished the Holy Roman Empire of the Germans and declared himself Emperor Francis I of Austria, which later became the “Dual-Monarchy” of Austria-Hungary under Francis Joseph.

Nonetheless, once someone has a title, they usually want to keep it. As such, those German princes who had been elevated to royal status by Napoleon, were allowed to keep their titles as part of the means of encouraging them to turn against Napoleon and join the Allies. So, after that whole affair, there was no longer a King of Germany but instead kings of Prussia, Bavaria, Saxony and Wurttemberg as well as the Emperor of Austria who was also a king several times over in his own empire. The Kingdom of Burgundy had been broken up centuries before any of this so that left only the Kingdom of Italy. Napoleon had revived the Kingdom of Italy and actually made it a reality, intending it to be his secondary title after Emperor of the French, taking a great interest in it and naming his step-son viceroy. However, after his downfall, the Kingdom of Italy was no more as most of the territory was handed over to the Austrian Empire rather than being restored to its previous rulers. The Crown of Italy was also held by the Habsburgs but they created a new title to use with it, “King of Lombardy-Venetia”. The title King of Italy would not be revived until 1860 with the accomplishment of Italian independence and unification.

The subject can be much more complicated if one chooses to go into all of the details and all of the changes over time but, I hope this little summary will at least give those unfamiliar a better grasp of the titles associated with the Holy Roman Empire and perhaps make certain past (and future) articles easier to understand.
Posted by MadMonarchist at 2:16 AM