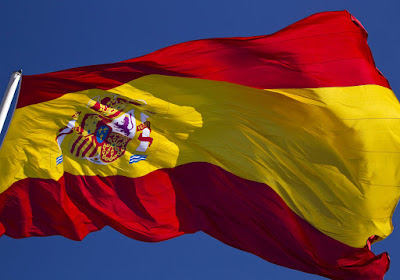 The day of the great independence referendum in the Catalonian region of the Kingdom of Spain has now come and gone and the result is that, true to their word, the Spanish government did not allow it to happen. Spanish police and the Civil Guard were deployed prior to the day votes were to be cast to raid polling stations, seize ballot papers, prevent people from voting and arrest ringleaders. Catalan separatists responded with cries of fascism and militarism, as well as producing ballots Catalans could print out at home. That, of course, only reaffirms the comment made by the Spanish prime minister that the referendum was a mere mockery of democracy. It is hard to say how he is wrong. Separatist leaders gave no guidelines by which success could be judged, no level at which voter turnout would be deemed sufficient to declare it legitimate, the voting process would be in the hands of the separatists themselves as would the process of counting the votes. It sounds rather like the referendum which gave birth to the Italian Republic in that regard. 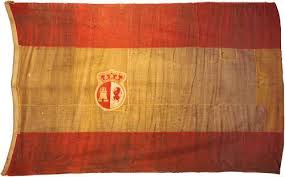 Certainly, the entire affair contained a great deal of what the political class calls “bad optics” for the Spanish government with scenes of police smashing into polling stations and roughing up Catalan voters. However, what else could have been expected? The Spanish courts had already ruled that such a vote would be illegal and would have no validity, the organizers were openly flouting the law and the only recourse left was the use of force by the state. However, “optics” do matter these days and have for a long time actually which is why President Lincoln in the United States ordered the re-supply of the sacrificial garrison at Fort Sumter in South Carolina. He knew the outpost was doomed but he wanted the “optics” of the southerners firing on the American flag in order to boost northern support for a war of conquest against the breakaway southern states. The Catalan separatists were also clever enough to keep the issue simple, far more simple than it actually is, by giving the people the choice of only two options; the status quo or a Catalan republic. Thus, all we know about what sort of state they were proposing was that it would not be a monarchy.

These are certainly troubled times for the once proud and powerful Kingdom of Spain and there seems no hope of anything getting better in the immediate future. Separatist leaders have already, in spite of no vote really being held, declared themselves the winners with Carles Puigdemont saying that Catalonia has, “won the right to an independent state in the form of a republic” and that the way is now open for a unilateral declaration of independence. Again, it is noteworthy that the only thing the separatist leader can say to describe his ideal, independent, Catalonia is that it will be some sort of republic. What would actually resist remains to be seen as the separatists have portrayed independence as all things to all people, presenting differing visions cut to the customer’s satisfaction. To the socialists, it will be more socialist than ever, to the liberals it will be more capitalist than ever, to the Muslims, well, they were promised a ‘mega-mosque’ to be built when independence is achieved. They have no doubt about what sort of state they want and their views cannot be ignored considering that Catalonia has the highest percentage of Muslims among the Spanish regions. In fact, if Catalonia became independent, it would have the third most Muslim population in the neighborhood with a greater percentage than either Britain or Germany. 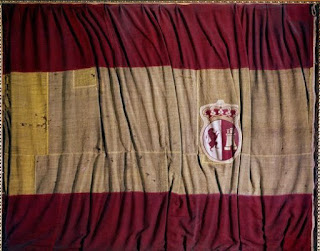 What has been odd is the number of people on the slightly right-of-center side of the political spectrum taking up the cause of Catalan independence. For the most part, these have been people and news outlets far removed from Spain who are mostly responding to the aforementioned “optics” of the situation. An independent Catalan republic would certainly be no bastion of conservatism or traditional European values (as the size and growth of the Muslim population rather clearly demonstrates). It would not even be all that “independent” given that they are even now looking to the EU to intervene on their behalf. So far, EU authorities have been rather lukewarm on the subject of Catalan independence, certainly showing none of the enthusiasm they failed to hide on the issue of Scottish independence. This, I contend, is simply because of money. Spain owes the EU a great deal of it and Catalonia accounts for about a fifth of the Spanish economy. If Catalonia were able to leave Spain, it would mean Spain would be even less likely to pay back its debts. Further, regions of Spain would likely then begin abandoning the sinking ship so that they are not the last one left holding the bill.

Due to a couple of comments, I think it also worth addressing the broader point of the ever-dividing states of Europe. I do not think I made it clear enough before why I think these ever smaller states are helpful. In the first place, whether one is speaking of Catalonia or Flanders or even Scotland, the immediate or ultimate end of these movements are to create more republics which is repugnant to my monarchist loyalties. However, even were they not, they would hardly be in a position to be truly independent. Some, more often the libertarian-minded rather than reactionary, also put forth the notion of micro-states. The problem with these is that they are too small and too incapable of the practical necessities of actual independence to withstand the stresses they would inevitably face. Those who point to the benefits of free market economics, and they have a case certainly, point to examples such as the British Crown Colony of Hong Kong which, while self-governing, was a colony and not independent. The Principality of Liechtenstein, while legally sovereign, is not capable of total independence and for most of its history has not been, previously being part of the First German Empire, currently part of a customs union with Switzerland. 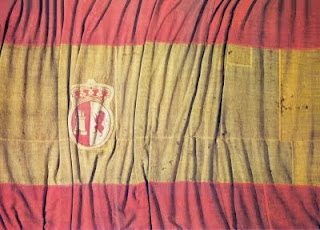 The point can be made quite clear, I think, by pointing out the obvious which is that any small state which, unlike an independent Scotland or Catalonia or Flanders, truly wishes to go against the prevailing world order, will find itself isolated and vulnerable. Consider, for example, the fate of Rhodesia or South Africa prior to Black rule. These were not micro-states, in the case of South Africa it is a quite large state. However, even with their considerable resources, they were ultimately unable to stand against a hostile globe that treated them as pariahs. Even in the case of a Liechtenstein or a Monaco, these countries have had to bend to the international elites to one degree or another in order to retain their sovereign status. However, if you are not prepared to do business the way the masters of the current world order demand, such a state would be slapped with every sort of sanction imaginable. You have to have enough resources to be self-sufficient or otherwise have a patron to whom you are answerable like China is to North Korea. This is why there really is no substitute for winning the battle, winning the argument, because withdrawing is not possible when dealing with control-freaks.
Posted by MadMonarchist at 10:53 AM