The Beginning of the End of Imperial China 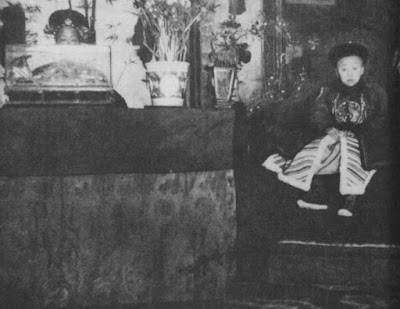 It was on this day in 1911 that the Wuchang Uprising kicked off, the event which would escalate, in odd ways, spreading to finally bring about the rather anti-climatic end of the Great Qing Dynasty and thousands of years of the imperial monarchy in China. It was the last time that China would have a system of government that was completely Chinese in its origins. This is something, I find, many modern authors fail to mention but it seems a glaring fact to leave out considering how Sino-centric and nationalistic the Chinese, even the Communist Chinese, have traditionally been. The imperial system, which came to be bound up with the Confucian moral code and worldview but which long predates even the Great Sage himself, was the only system of government China has ever had that was entirely Chinese in its origin and entirely Chinese in its basis and its political philosophers. This is all the more bizarre given that the movement which brought down the Qing Dynasty contained a considerable vein, at the very least, of anti-foreign sentiment. Yet, this would prove to be not at all uncommon in East Asian history in the last century. 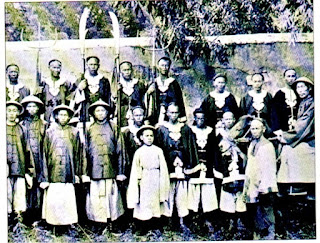 This dichotomy was partly the result of how different factions viewed the non-Chinese world. One, opposed foreigners and all things foreign but, at the same time, blamed the Qing Dynasty for failing to defend China from these infecting foreign elements. Another, however, shared the opposition to the foreigners and the Qing Dynasty but at the same time felt that as the foreigners had been able to dominate them, there must be a reason for this and that the foreigners possessed superior knowledge which the Chinese needed to adopt in order to deal with them. For a long time, the threat of the foreign powers seemed relatively minimal. Other than the coastal areas and major ports, most of China had no contact with any foreigners at all and while the military defeats and unequal treaties were aggravating, they were not seen as existential threats. These also came at the hands of Europeans who, for many Chinese, were so alien and incomprehensible that they could be discounted. A bigger blow to Chinese prestige came in 1895 with their stunning defeat in the First Sino-Japanese War. This was far more consequential than many realize.

Just like World War I was not the first “world war”, so too the “First Sino-Japanese War” was not the first time that the Chinese and Japanese had fought each other. However, it was the first time that Imperial China and the Japan of the post-Meiji Restoration had come to blows. The way China was so swiftly and completely defeated shocked the world, given the disparity between the two powers in the ways in which national strength had always been measured. China had vastly more land, more resources, more people, more wealth of every kind, how could they possibly lose? They did lose though and for China this was a bigger shock than their losses in the south to the British or French. Losing to Europeans was rather like losing to invaders from Outer Space. Losing to Japan, however, was totally different. China had long regarded the Japanese as being little more than a nest of pirates. They often referred to them as “dwarves”, uncivilized and, indeed, were previously held to be a vassal state of Imperial China. In every way, the Japanese were an enemy unworthy of being taken seriously. Losing to them in 1895 was a blow to the entire traditional worldview of Imperial China.

Something, therefore, had to be done. Earlier, there had been an effort to take essentially the same course Japan had taken with the “Tongzhi Restoration” but this was thwarted, in part by the Empress Dowager Cixi. The defeat at the hands of Japan, as well as other, minor territorial losses to emerging European nation-states, prompted another effort in the name of the Guangxu Emperor known as the “Hundred Days’ Reform”. However, Empress Dowager Cixi put a stop to this as well, even placing the emperor under house arrest. She would come around to supporting some innovation but it would prove too little and too late. Military force to deal with the foreign element was tried by swinging imperial support behind the Boxer Rebellion of 1899-1901 but this proved disastrous. With the end of the Hundred Days’ Reform and the Boxer Rebellion, it was really the end of any monarchist effort to deal with the crisis. From then on, anti-monarchy elements would take the lead and a number of anti-Qing secret societies were formed. They would ultimately take advantage of dissatisfaction in the provinces with imperial rule.

This came about, oddly enough, from the burgeoning railroad industry in China. Local provinces had built their own railroads but when the imperial government decided to nationalize the railroads, as a means of collateral to obtain foreign loans, the provincial authorities were outraged. Some organized their own security forces to defend the railroads and there were clashes between them and imperial troops. Taking advantage of this unrest were a couple of secret societies working together who planned a sort of terrorist attack. However, their bomb exploded prematurely which alerted the Qing authorities and who began a crackdown on these organizations. One group, the Literary Society, knew they were marked for arrest and execution and so planned to simply mount an uprising of their own and hope others joined their cause. However, again, the local Qing viceroy was made aware of the plot and quick action was able to stop it with many of the leadership being arrested. At every point, the would-be revolutionaries were failing and often through their own mistakes.

When word of this got out, on October 10, 1911 revolutionary elements within the New Army mutinied and attacked the Qing Dynasty garrison at Huguang, taking control of the viceroy’s residence after a hard fight. This was the first step. The next day, a military government was established by the rebels for Hubei province. They raised their flag and called on all Han Chinese people to join them in revolution against the Manchu dynasty but, it is important to note, only after they had confirmed from the representatives of the foreign powers that they would not intervene to support the dynasty as, for example, they had done in the Taiping Rebellion. Although then and still to this day they claim that the revolution had been all about driving out the foreigners and getting rid of the Qing who were either foreigners themselves as Manchu rather than Han people, were in league with the foreigners or else unable to defeat the foreigners, the truth is that the revolutionaries themselves were not only successful but only really tried in the first place to take power after being assured that the foreigners would not oppose them.

This makes it extremely frustrating for monarchists who, in China, are inevitably portrayed as being on the same side as the foreigners when, in fact, the rebellion only happened because the foreigners withdrew their support for the continuation of the dynasty. Adding to monarchist frustration is the fact that the loyalists were never really defeated. The Qing court dispatched General Yuan Shih-kai and his formidable Beiyang Army which won the Battle of Yangxia and recaptured Hankou and Hanying from the rebels only to have Yuan Shih-kai do a double-cross and offer to deliver the surrender of the Qing forces in exchange for being given power in the post-Qing republic. This is what ultimately came about as, after securing his secret agreement with the rebels but still posing as a loyal general, Yuan Shih-kai persuaded the court that their cause was lost and that the best thing to do would be to abdicate in exchange for a promise of favorable treatment which he would guarantee.

So it was that thousands of years of imperial rule in China came to an end, not after a crushing battlefield defeat, not with rebel mobs storming the Forbidden City but after a double-cross by a supposedly loyal top general and the end of a string of events which included one failure after another by the hapless revolutionaries. It should then be considered only inevitable that many monarchists in China would not regard the loss of the Mandate of Heaven by the Qing Dynasty to be in any way legitimate. They may in fact be the only monarchy to ever be tricked into handing over power to a faction which they had actually just defeated.
Posted by MadMonarchist at 4:23 PM