What Countries Are Made Of 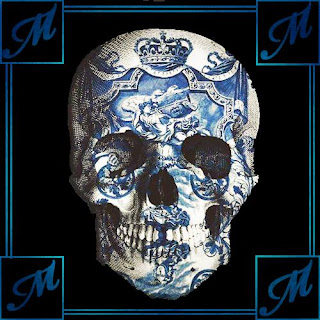 Many people in the west today seem to be in total ignorance of what makes a country. No one else in the world, be it South Africa, Israel, India or China is as ignorant on this subject as the west. For some, no doubt, it is not ignorance but for others I can find no other rational explanation. Certainly, on the part of the far-left, I do not believe ignorance is the issue as they despise western civilization and have convinced themselves that the world will be a better place once it disappears entirely. However, those who are dragged along by them are no doubt simply ignorant and the other group which I must believe is ignorant on this subject are the libertarians. It certainly makes no sense for the people who claim to be the most suspect of government and the ones who most glorify the individual to also believe that countries are made by governments rather than by their population. If they truly believe the things they claim to, ignorance is the only possible explanation for this bizarre belief.

In demonstrating how peoples make countries, one will also see quite clearly how, even in our very republican-dominant age, monarchies loom very large given the fact that throughout most of human history, in every part of the world, monarchy has been the dominant form of government, growing naturally from the expansion of families into clans, clans into tribes and tribes into nations. I shall use, for example, the United States and Mexico to demonstrate this and the underlying fact is that, as my old university history professor said, history is the most important subject there is. People make countries and people are the product of their histories. Everything that has happened in the past accumulates to create the people of the present and everything about them, some of it good, some of it bad but all essential to the finished product. This relates to something else I pointed out recently with the controversy over Christopher Columbus. Whether you like Columbus or not, it was his discovery which prompted the colonization of the Americas by the European powers and whether you like European imperialism or not, none of the countries in the Americas today would exist without it. 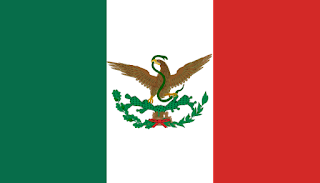 The United States of America and the United Mexican States, though neighboring countries, are extremely different. One is a global superpower, the other is a country most of its people would like nothing better than to flee from and regard being sent back to as a most cruel and inhumane punishment. Why are they so different? They are different because of their peoples and the vastly different histories of their peoples. The American and Mexican populations have been formed by vastly different historical experiences which have all come together to make for very different peoples with very different attitudes, customs, values and overall worldviews. These two peoples are not the same and they are not interchangeable. If the United States, for example, came to have a majority Mexican population, it would not be like the USA of the present but would be more like Mexico. Similarly, if the last Mexican Emperor and Empress had had their way, at least according to the letters of Empress Carlota, Mexico would have invited in large numbers of Europeans, changing the population and making Mexico a country more like central Europe than it is today. 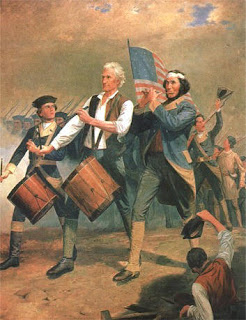 The United States as it exists today is the product of a long succession of accumulated history. To pick out a few examples, modern America has been formed most of all by the history of the Kingdom of England. Things such as the Magna Carta, the English Reformation, the English Civil Wars, the Westminster Parliament, Common Law, the “Glorious” Revolution of 1688 all had an impact. The men of the English colonies who formed the United States were themselves formed by these historical events, and others. Modern America is further the product of the War for Independence (obviously), the “frontier mentality” of the westward settlements, the War Between the States, Reconstruction, the world wars and so on, all merging together to create the people and thus the country as it exists today. The United States is the way that it is because of the American people, what decisions they make and what decisions their ancestors have made all the way back through history. Were you to take an American and plant him or her in Thailand, he or she is not going to be interchangeable with the native population, even if they master the language and take up Buddhism. It simply is not possible and if Thailand was suddenly inundated with American immigrants, it would quickly cease to resemble Thailand and resemble the United States. 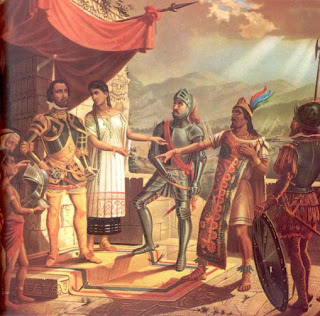 Mexico, likewise, is the product of a totally different people with a totally different history from any other. In the first place, the vast majority of the Mexican population has not only European roots but American Indian roots. The history, habits and thinking of the Aztec, Zapotec, Mayan and others are all part of what makes the majority of the Mexican population what it is today. On the side of their European ancestry, events which have formed Mexico today include things such as the ‘Reconquista’, the “fueros de los Españoles” and the Inquisition. America had the Pilgrims, Mexico had the Conquistadors, America came from a constitutional monarchy, Mexico from an absolute monarchy. The Bourbon centralization of power, the uprising of Father Hidalgo, the way Mexican independence was achieved, the long hold on power of General Santa Anna, the civil wars, Benito Juarez, the dictatorship of Diaz, the Mexican Revolution and the decades long rule of the PRI and so on, are all part of what has shaped modern Mexico by shaping the Mexican population and, taken altogether, make Mexico what it is today. As with the United States, some of these events were good, some were bad but the opinion of anyone about them is irrelevant, all that matters is that, right or wrong, they happened and they have shaped the Mexican public of the present time.

This explains why people are different and why certain people can adapt to or “assimilate” into certain countries better than others. The more similar the background which has formed a people, the more easily they can assimilate. It is easy to see this at work if one imagines alternate histories. If, for example, the Spanish had never liberated their homeland from the Moors and it was, instead, these Arab-Moorish people who crossed the ocean and conquered Mexico, obviously, the modern Mexican people would be totally different than what they are now. On the other hand, the United States would perhaps not be as different from what it is now if the Norman conquest of England had never taken place since the differences between the Normans (essentially Vikings who had adopted French culture) and the Saxons were not so great, both being north European, Germanic peoples of the same religion and basic values. Things would certainly be different, but not as different because a Saxon descendant of Vikings and a Norman descendant of Vikings are obviously not as dissimilar as a Spaniard and an Arab or a Moor. 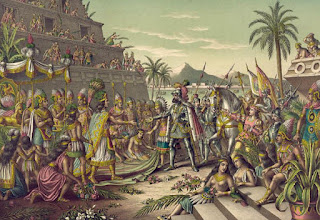 People make countries just as people make cultures and when people move from one country to another they take their culture and all that has formed them to their new home. When the English moved to America, they established New England, built English homes, operated according to English law and so on. They did not start living as the Mohawk or Iroquois or Huron lived simply because they were in North America. Similarly, when the Spanish came to Mexico, they did not start wearing Quetzal-feather headdresses, building pyramids and taking up human sacrifice. They brought Spanish culture with them, though there was a greater blending of people in Mexico because the Spanish did not bring any women with them, only soldiers and priests. Hence why the majority of the population in Mexico is mixed-race and the population of the United States has been predominately European. All the actions and inactions of all who have gone before them have made each population what it is today. Even when people try to imitate others, they are still bound by their own accumulative history. The first German Reich, for example, called itself the “Holy Roman Empire” but it was still quite different in a number of ways from the original Roman Empire because the German and Italian people were different and had vastly different histories. 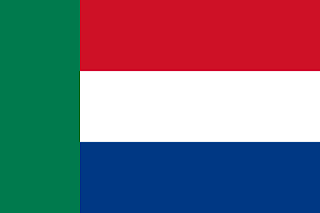 Another pair of examples, which might prove illustrative is South Africa and Liberia. One country, South Africa, was established by European colonists while the other, Liberia, was established by African-American colonists. Each established societies very different from those of the natives who surrounded them and each were also extremely dissimilar from each other and have had very different histories. This should be obvious considering that the life experiences and accumulated history of emancipated slaves from America and Dutch and later British colonists were radically different and would invariably cause each to build very different societies. Likewise, if people are interchangeable, regardless of their origins, South Africa would still be functioning the same today, under Black African rule, as it previously functioned under British or Afrikaner rule which it clearly is not.

That is the bottom line; that peoples are not interchangeable. Mexico, The Philippines, the Republic of China and numerous Latin American and African countries have, to varying degrees and at various times in their past, for example, emulated the U.S. Constitution. None of them, however, have functioned in the same way that the United States has functioned because what has formed them is nothing like what has formed the United States and certainly not those “Founding Fathers” who established the United States. Peoples make countries, governments do not and if the population of Japan were to become predominately Indonesian, it would no longer resemble Japan as it is now or has ever been, even if all of the government framework remained in place. The character, experiences and accumulated history of a nation matters, no two are exactly alike and no two are interchangeable nor can that accumulated history ever be totally wiped away.
Posted by MadMonarchist at 5:49 PM