How New York Got Its Name 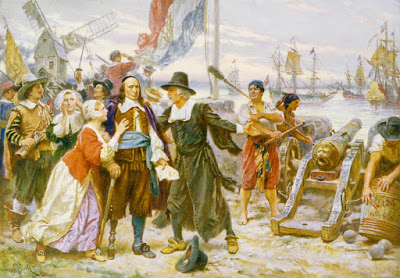 Previously, more than once, I have bemoaned the lack of familiarity most Americans have with colonial history. Sadly, I do not see that as likely to change in the foreseeable future given how the population is increasingly becoming less connected to the people who established the colonies which eventually came together into the country that exists today. This is unfortunate as, without the participating European colonial empires there would be no United States (nor any other country as exists today in the Americas) but even among those who are at least vaguely aware of the state of affairs prior to the independence of the “Thirteen Original Colonies”, fewer still are aware of just how many European colonial empires were involved in the settlement of North America. The Spanish, French, English and Russians all played a part as did still less remembered powers such as the Kingdom of Sweden (at the time Sweden and Finland) which established a North American colony in the reign of Queen Christina and, likewise, so did the Seven United Provinces of The Netherlands.

Although mostly centered on what is today New York, the Dutch colony covered parts of what is today New York, New Jersey, Delaware, Connecticut and even small areas of Pennsylvania and Rhode Island. The Dutch got their start with the employment of Henry Hudson, an Englishman, by the Dutch East India Company to try to find the elusive northwest passage to Asia. In his famous ship the Half Moon, he explored much of the coast of northeast America, giving his name to a river and a large bay in Canada. He did not make it to Asia but he returned to Holland with glowing reports of land ripe for colonization. More expeditions followed to survey and chart the area in greater detail and to trade with the native population all of which were funded by the New Netherland Company. In 1621 the Dutch West India Company was granted a charter to gain for The Netherlands a piece of the lucrative fur trade in North America. It is also noteworthy (though often forgotten) that their charter forbid them to take possession of any land that was not legally purchased from the native inhabitants.

Today, this presents a problem to the egalitarian crowd as even many who know practically nothing about this period will remember that the Director of New Netherland colony, Peter Minuit, purchased Manhattan Island from the natives for 25 Dutch guilders worth of trade goods. Many, keeping in mind that today Manhattan is home to some of the most highly valued property on the planet, portray this as Minuit cheating the Indians out of a fortune in real estate with a chest full of trinkets. This, however, runs counter to the argument for egalitarianism since, if this was such a huge swindle and if all people are equal, the Indians should have known they were being cheated. One cannot, on the one hand, demand that everyone be treated equally and then, at the same time, demand that special allowance be given to the ignorant. The truth, however, is that the Indians were not so ignorant and the Dutch did not swindle them. Yes, the land is worth a huge fortune today but, at the time, it was empty wilderness, no different than the other vast tracts of empty wilderness that covered the continent. Land was something that seemed endlessly plentiful whereas the manufactured goods offered by the Dutch were items which the Indians did not have and could not make for themselves, thus each gave up something they had in abundance for something the other could not obtain on their own, the very definition of a successful business transaction.

New Amsterdam, capital of New Netherland, soon became a busy hub of trade, settlement and privateering. The Dutch brought in colonists from Europe and, in an act for which they have been condemned since, also brought in the first African slaves to North America. However, operations were still more expensive than the Dutch West India Company liked and they tried various methods to cut costs. In an act that should be considered an educational moment, the very business-minded and technically republican Dutch authorities found it beneficial to revert to a sort of feudalism. This became known as the patroon system by which a major investor would be given the title of patroon, a large tract of land and extensive control over it with powers quite similar to those held by feudal lords in the monarchies of the Old World. The patroon was, for his part, expected to bring in at least 50 families of colonists within four years of receiving his title. This did result in growth for the colony, though still not as much profit as was hoped for.

There were also conflicts to deal with as well as commerce such as the two-year long war fought with surrounding native tribes by Director Willem Kieft as well as, in 1655, the conquest of New Sweden by a Dutch force of about 700 led by the feisty, one-legged Director Peter Stuyvesant. He was a more hard-line figure than New Netherland was used to, cutting back on religious freedom in favor of adherence to the Dutch Reformed Church, trying to limit Jewish immigration, encouraging Jewish settlers to leave and becoming increasingly anxious about the rapid growth of the neighboring English colonies and their competition with the Netherlands. Stuyvesant was accused of being rather on the tyrannical side and opposition to him sprang up in the colony. Unfortunately, it was at precisely this same time that New Netherland faced its greatest crisis. That crisis arose when King Charles II of Great Britain, recently restored to his throne, determined to conquer the Dutch colony. Although Charles II had been sheltered in The Netherlands during the Interregnum, his preferred foreign policy was one of friendship with France and hostility toward the Dutch.

An expedition of four ships and 450 men, led by royalist civil war veteran Richard Nicholls, set out from Plymouth and arrived to besiege New Netherland on August 27, 1664. As was his character, Stuyvesant wanted to put up as much of a fight as possible but, by this time, he lacked the support of many of his own colonists, some of whom were angry about his policies and others who simply wished for nothing to interfere with their business. They preferred trading their Dutch flag for an English one rather than have a destructive battle that would disrupt commerce. This lack of cohesion meant that there was no chance of the Dutch, under Stuyvesant, standing a chance against the English forces and so, on September 8, 1664 Stuyvesant formally surrender the colony to the King of England and New Netherland was no more. The royal connection in all of this was that King Charles II had promised this area of North America to his brother the Duke of York (later King James II) and Richard Nicholls was Groom of the Chamber to the Duke of York and it was the Duke who had chosen him to command the expedition. It seemed only natural then that New Netherland should be renamed New York in the Duke’s honor.

Even though this episode of American colonial history is not well remembered, the evidence of it still exists in New York City today if you know where to look. Perhaps the most famous landmark is St Mark’s Church in-the-Bowery which was built by Stuyvesant and is where he is buried. His family later sold the property to the Church of England (under conditions) and it is the oldest church in continuous use in New York City. It also features a bust of Stuyvesant which was sent over by Queen Wilhelmina of The Netherlands in 1915. The flag of New York City is based on the orange-white-blue tricolor of the Netherlands, “the Prince’s Flag” and even the famous financial center of Wall Street, has its name because that site was formerly where a road was along the palisade surrounding New Netherland and thus came to be referred to as Wall Street. The Dutch population and language persisted in parts of New York longer than most probably realize. President Martin Van Buren, for example, grew up speaking Dutch as his first language and many Dutch words, names and even some traditions still survive in parts of New York to this day.

In any event, that is how New York went from being a Dutch colony to being named after the heir to the English throne and Britain’s last Catholic monarch.
Posted by MadMonarchist at 12:14 PM