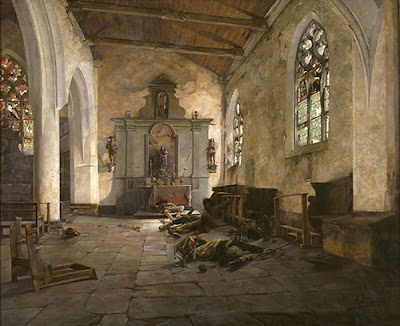 It is a sadly all too common problem for monarchists to be their own worst enemy. Part of this is that, unlike the revolutionaries with their rigid ideologies and the simple fact that it is easier to burn down a house than to build one, monarchists are not united on what their ultimate goal is. I have also noticed lately a rather negative effect which comes, in part, from the rise of the Alt-Right which is to condemn anyone who does not agree with you as a sell-out or, as they like to say, a "cuck". Usually this involves condemning anyone who wants to take things one step at a time toward what both probably agree on being the ideal ultimate goal. These rigid types never want to actually engage as they view any sort of activity as cooperating with "the system" or making compromises. Often, in my experience, this is not the case at all but rather a recognition that one has to start from where we are now to get to where we want to be and that simply waiting around for the "miracle" to suddenly make everything the way it was in the pre-Revolutionary era.

Some monarchists do not wish to go there, true enough. Some would be happy to simply return to the more classically liberal constitutional monarchies of Nineteenth Century. The more reactionary, which I mean to address here, wish to go back even farther to the pre-Revolutionary era. The problem is one which many of the 'internet-reactionaries' embody even if they do not realize it. They do not see how much "Enlightenment" thinking has permeated every part of western society and influenced how people think. It has even influenced how they think, even if they do not realize it. It has caused many to view monarchs the same way they view politicians; basing their loyalty on whether or not they agree with them and reserving the right to choose a different monarch if the current one does not share their views. Personally, I would love to see all of this change as it is hard for me to think of a problem, which today is a crisis, that does not have its roots in the "Enlightenment" (though there were monarchs who went along with that and they were not all bad, some were even great). 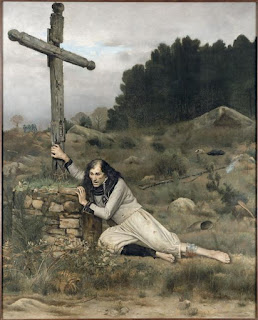 The reactionary dilemma, however, is that you cannot undo the work of centuries in a day or a year or even a decade. It took the west a long time to reach the depths it has currently sunk to and it is going to take a long time to dig our way out. That also means we are going to have to work toward getting up to a level that is not our ideal but which will be a step toward reaching the broad, sunlit uplands. This was something the French monarchists, at least some of them, recognized but did not deal with terribly well. Any reactionary will have likely heard the phrase, "You cannot turn back the clock". That is true but, as Bonnie Prince Charlie said to his highland chiefs in a very bad British movie, "I have not come to turn back the clock. I have come to wind the clock." The destination can, in itself, be problematic. If you are to go back to exactly what was lost, it only stands to reason that it shall be lost again in exactly the same way. The French restoration ultimately came to ruin because they could not come to an agreement on how many of the changes made by the revolutionary and Napoleonic regimes they were willing to retain. The famous refusal of the Comte de Chambord to take the throne because he would not accept the tricolor flag is indicative of this. Rather than try to change France back to a more traditional mindset, he refused to accept being king if that mindset was not abandoned at the very beginning.

That mindset, did not change, as we know, and over time France became more and more republican rather than monarchist. The revolutionaries have had this problem as well though they seem to have better mastered how to deal with it. I have, in the past, pointed to the example of Spain under Generalissimo Franco and I think it is educational to look and compare that case with another. Franco, a man I regard as a hero and someone who may well have saved western civilization itself, was in power in Spain from 1936 to his death in 1975. The Kingdom of Spain would not exist today if he had not been. However, what he failed to do was get his ideas and his values to truly take root in the culture and the population. Were it otherwise, when elections were held after his death, the National Movement would not have fared so poorly (it also did not help that they divided their support by splitting into two feuding camps, something monarchists should be all too familiar with). Today, adherents to his politics are still a very small minority with no immediate prospects of ever gaining power again. Now, compare that to the situation in Russia. The Soviet Union was one of the most murderous and incompetent regimes in human history, it was forced on the Russians by a relatively small faction (many of whom were not even Russians) and yet, in spite of all the horror, the Communist Party is today the second-largest party in Russia. Obviously, the Communists were much more effective at getting their values and ideas to take root than Franco was able to. 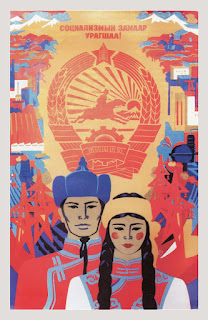 There plenty of other examples one could cite. Perhaps an even better one would be Mongolia, the first Soviet satellite state. Very few in the west are familiar with Mongolian history but be aware that the Communist regime there was easily one of *the* most brutal and oppressive in the entire world. Their goal to totally eradicate traditional Mongolian culture and remake the country along the lines of Soviet Russia, particularly under the leader Choibalsan who saw himself as the Mongolian Stalin, was more intense, more vicious and more thorough than I suspect you could even imagine. They stamped out religion in a country which had been one of the most devoutly religious on earth, a Buddhist theocratic-monarchy for their few years of independence before the communist takeover, they wiped out traditions to the point that no one was left who remembered how certain ceremonies were performed, some families even forgot their names by the time it all ended. However, during all that time, the ruling communist party was the Mongolian People's Revolutionary Party. In 1990, with the fall of the Soviet Union, they allowed multi-party democracy. Can you guess what happened? The Mongolian People's Revolutionary Party simply adjusted its name to the Mongolian People's Party and won the vote to remain in power from 1990 to 1996, was back again from 2000 to 2012 and was voted back into power again only last year. They were so successful in influencing the thinking of the people that even when the people were given a choice, they chose to stick with the communists, no matter how horrible and detrimental they had been to the country.

Some reactionaries, I have come to accept, never want to actually accomplish anything, being far too happy to be nostalgic and pour scorn on everything around them. Myself, I would like to actually win and live in a world without politics, protests, race wars, pressure-groups and globalists. I would like a world where every people has their monarch and every monarch works to make his people as powerful and prosperous as they can be. However, if that is going to happen, we have to learn what works and what does not. We cannot simply go back to exactly the way things used to be because, the way things used to be ended in disaster (if they had not, we would be conservatives rather than reactionaries). There must be some adjustment. Don't be just like what used to be, strive to be better. In order to do that, I can see no alternative but working to change the culture, change the ideas and values of people. Tearing down the last vestiges of the monarchical order because they are not up to your standards will not accomplish that. Counter the "Enlightenment" thinking from the ground up. We do have, as I have said before, at least some room to be optimistic about such a campaign because the current state of affairs does not really seem to be pleasing anyone. The revolutionaries and the liberals alike both promised a utopia and they have obviously failed to deliver it. That is to our advantage but we must do the hard work of steadily changing the values and ideas of our friends, families, neighbors and then going on to education, entertainment and the wider culture. What we have now is not working, use that to your advantage and go forth and change some hearts & minds.
Posted by MadMonarchist at 2:26 PM