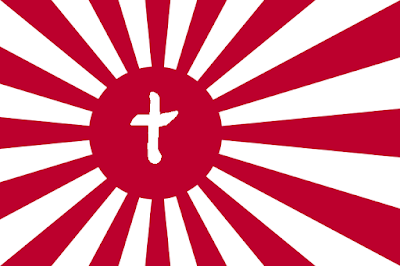 In 2014 I wrote an article titled, “Assassins, Sainthood and Joan of Arc” in which I commented on the cause for canonization currently underway in the Republic of Korea for Ahn Jung Geun, a Korean Catholic most famous for being the man who assassinated the first Prime Minister of the Empire of Japan, Prince Ito Hirobumi. Not surprisingly, this move raised some eyebrows given that Ahn Jung Geun not only seemed to be rather deranged and perhaps not in full possession of his faculties but particularly because the one act in his life which made him famous was not caring for the unfortunate, giving his life for his faith or converting people to Christianity but was, rather, the murder of an unarmed man and gunning down several others. He has, since his death, been lavished with praise and honor by the governments of South Korea and Communist China while, not surprisingly, being regarded as a terrorist and murderer in Japan. Obviously, there are a great many political implications for the Catholic bishops in South Korea promoting the canonization of this individual.

The Japanese have every reason to object to this and it would certainly be an unusual thing for the Catholic Church to do. The Church did not, as I pointed out in 2014, give in to the public call for the canonization of Balthazar Gerard in the 1580’s who had assassinated the Dutch leader Prince Willem “the Silent” of Orange. However, the Roman Catholic Church of today is quite different from that of the Sixteenth Century and in recent years the requirements for canonization have been “streamlined” considerably so that it is much easier to have someone canonized today than in the past when it might take several centuries for someone to be verified as a saint worthy of veneration. In other words, as much as I would oppose the canonization of such an individual, I do not think it beyond the realm of possibility that the Catholic Church today might go along with it, that the Holy See might simply go along with the recommendations of the Korean bishops who are pushing for this assassin to be recognized as a saint. I made my objections clear enough, I think, in that 2014 article but today I want to propose a positive action that the Japanese could take in response to this.

The Catholic Church in Japan should, I think, propose a more worthy figure from their own history for canonization. I think the Japanese bishops should start a cause for the canonization of Konishi Yukinaga. For those unfamiliar with his exploits, you can read the story of the conflict he is most famous for in my recent article, “Clash of Monarchies: The Imjin War”. Konishi Yukinaga was a great Japanese warrior, a daimyo and a Catholic. He was also the leader of the vanguard force of the samurai armies of Toyotomi Hideyoshi which invaded Korea in 1592. He led the conquest of Busan, was instrumental in the conquest of the Korean royal capital of Seoul and gained further fame for his defense of the captured city of Pyongyang against the armies of Ming China. After a peaceful interlude he arranged, Yukinaga, who was also known by his baptismal name of Augustine (in Portuguese) Konishi, still played a prominent part in the second invasion of Korea, even fighting alongside a bitter rival of his, the daimyo Kato Kiyomasa who had a vicious hatred of Christians. In the final period of the war, Konishi was most distinguished by his heroic defense of Suncheon Castle against much larger Chinese and Korean forces.

All of that makes, I think, Konishi Yukinaga worthy of being considered one of the best Japanese warriors of his time but, of course, it does not make someone worthy of canonization. That being said, neither does the murder of a foreign dignitary which is what Anh Jung Geun is most known for. Is there anything else that would make Konishi Yukinaga more worthy of being “Saint Augustine Konishi”? I would say, yes. In the first place, his faith was obviously important to him and this is significant as other Japanese Christians of the period are often accused of being insincere in their conversions. It is not uncommon to find Japanese daimyos in particular, Otomo Sorin comes to mind, who are accused of converting simply to gain greater favor and cooperation from the Portuguese and who did not genuinely accept Christianity. Personally, I find such accusations to often be unfair but in any event this would not apply to Konishi Yukinaga. After the war in Korea, following the death of Lord Hideyoshi, the Japanese fought another civil war over who would take charge of the country. Konishi backed Ishida Mitsunari, unfortunately for him, rather than Tokugawa Ieyasu and was defeated at the Battle of Sekigahara. In the aftermath, in keeping with custom, the defeated daimyos committed ritual suicide. Konishi, who was captured by Takenaka Shigekado at Mount Ibuki, refused to kill himself because, as a Christian, this would be a sin and so he was beheaded by his captors.

This, I think, is proof enough that Konishi was a sincere Christian. However, more than that, he was also something of a peacemaker and got himself into some trouble over his desire to make peace. The Koreans would no doubt object to the canonization of the conqueror of their capital just as the Japanese object to the idea of canonizing the assassin of their first prime minister but Konishi Yukinaga was no anti-Korean bigot. Before he landed his invasion force, he sent a last message to again urge the Koreans to join with his forces in friendship to fight against their Chinese overlords only to be rebuffed. Then, after China intervened in the war, he and a Chinese envoy arranged a period of peace for several years. This was controversial because it was a peace based on a deception. Konishi and the Chinese envoy both, basically, agreed to tell their masters what they wanted to hear. So, Konishi Yukinaga told Lord Hideyoshi that the Chinese had agreed to surrender and the Chinese envoy told the Ming Emperor that the Japanese had agreed to surrender. For a fear years, the war ended and peace prevailed until Lord Hideyoshi received a message from the Ming Emperor granting him the tributary status of “King of Japan” which caused no small amount of outrage and a great deal of anger directed at Konishi Yukinaga.

Obviously, this was not a successful or very sound effort at peace but it was an effort to make peace nonetheless. “Blessed are the peacemakers” is what Christ said and Konishi Yukinaga had tried, even if not by the best means, to be such a peacemaker. We can also see that Konishi was not an anti-Korean bigot as well as how serious he was about his faith by the fact that he married a Korean woman during the war and she was baptized as a Christian, taking the name of “Julia”. Historians still debate the issue but it is quite possible that the Catholic Japanese samurai were the first Christians to ever come to Korea and if so, Julia would have converted at the time of her marriage which shows that Konishi Yukinaga had no prejudice against Koreans and also that his Christian faith was important enough to him that he insist his wife become Catholic as well so that they would have a proper Catholic family. 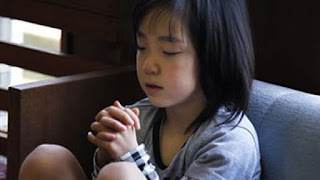 Having said all of this, I have no doubt, given the level of knee-jerk anti-Japanese sentiment in Korea, that the Koreans would find a cause for the canonization of Konishi Yukinaga objectionable. Yet, I fail to see how anyone could legitimately say that it is more objectionable that their effort to canonize an assassin. Konishi Yukinaga, though I will grant he is far from the traditional sort of candidate, seems to me to be a far more worthy individual and I think a legitimate case could be made for his consideration for sainthood. Perhaps, if the Japanese hierarchy began to seriously take up this suggestion and begin looking into a cause for the canonization of Konishi Yukinaga, it might make some think twice about the obviously politically motivated effort to canonize Anh Jung Geun. The process is different these days and the more thought I have given this, the more I think it is an idea worth pursuing. Japanese Catholics might try praying for the intercession of Konishi Yukinaga. Perhaps a miracle will be forthcoming. If a formal investigation of his merits were to result in the Korean episcopacy re-thinking their own motivations, that would be something of a miracle itself.
Posted by MadMonarchist at 1:51 PM