Movies, Monarchs and a Lesson from Thailand 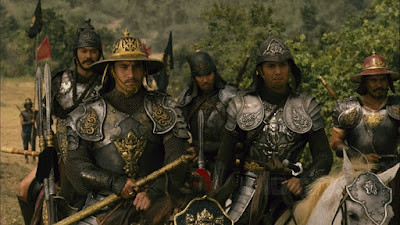 Recently I have been watching the Thai historical film series “The Legend of King Naresuan” which started rolling out in 2007, the last chapter in 2011. The three films were grouped together for American distribution into two chapters under the name “Kingdom of War”. If the third has ever been made available overseas, I have yet to come across it. These films were written and directed by HSH Prince Chatrichalerm Yukol and tell the story of the famous Siamese monarch King Naresuan the Great of Ayutthaya. They can also be seen as something in the way of a sequel to his earlier lavish epic “The Legend of Suriyothai” which tells the story of Siam’s most famous queen; Queen Suriyothai of Ayutthaya. That film was the largest and most expensive production ever mounted by Thailand and “The Legend of King Naresuan” has gone considerably bigger than that piece. This is not a film review but I would say they are excellent movies though probably will not please everyone, certainly foreign audiences. Each are very epic in scope, no expense spared, visually stunning, engaging and a spectacle to behold. They both also have a huge number of characters, a great deal going on simultaneously so that foreigners in particular will probably have a hard time keeping track of everyone and everything going on, certainly if you are not familiar with the names and places. 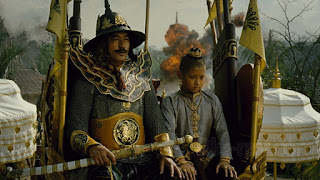 What I think other royals could stand to learn from the Thais on this front is making use of film to tell the story of their own most significant ancestors. As stated, these are films made by a member of the Thai Royal Family about two of the most famous monarchs of Siamese history. As such, and because the Thais have not adopted the liberal habit of being too proud to take their own side in a quarrel, they are extremely positive films, not simplistic but certainly films that know what they are about and whose side they are on. As with many Thai historical dramas, the kingdoms of Siam are the “good guys” and the kingdoms of Burma are the “bad guys”. They are spectacles of great royal figures from history who led their people in great struggles and as such are not at all like the historical films that tend to be made in the liberal west where, other than World War II which is, of course, sacrosanct, films often tend to show as much, if not more, sympathy for the “other” side than for the home team. Whether they are the type of thing that would be of interest to readers here or not, the spirit that drives them is one I would very much like to see emulated in the monarchies of Europe.

Lately, I have felt more and more compelled to try and remind people from European countries in particular just how much they have to be proud of and how much greater they are capable of being than simply another province of the European Union. European monarchies have done films that are somewhat in the same vein as these but they often seem to get stuck on certain figures and so we have numerous films about Queen Elizabeth I of England or Napoleon Bonaparte but nothing about others. Many have also been made by people openly hostile to their subject and none have been made by royals or royal relatives themselves. In English history the nearest thing are the films done on Shakespeare’s plays about Henry V but one could make a great epic film about Henry V without re-doing Shakespeare. A film about King Edward III would be magnificent if done properly. King St Louis IX of France, King St Ferdinand III of Castile, Charlemagne, Emperor Otto the Great or Frederick Barbarossa for the Germans would all be excellent topics and highly entertaining I would think. 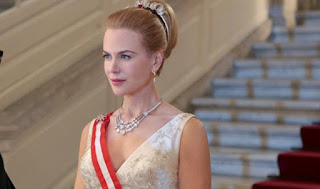 A World War I film focused on King Albert I of the Belgians seems sorely lacking to me, the colorful history of the Princely Family of Monaco would alone offer numerous potential topics given all of the war, drama and romance that has characterized the House of Grimaldi over the centuries. Yes, there was that recent film about Princess Grace and Prince Ranier but constitutional reform and tensions with France is hardly as entertaining as would be watching Rainier II raiding English shipping in the Channel, ransoming the Isle of Wight and fighting at the Battle of Poitiers. Jean I of Monaco would also make for a very entertaining film with his naval battles, efforts to smuggle a Byzantine emperor, betrayal and the defense of Monaco by his wife Pomelline Fregose while he was held prisoner by the Savoyards. The Dutch could make quite a film about the life of Maurice of Nassau, the Swedes about Charles XII or Gustavus Adolphus. With the Kingdom of Denmark being the oldest monarchy in Europe, it pains me that the only film I’ve seen about a Danish monarch was the one who was dismissed as insane. There is plenty of material to work with!

The point is that there are tremendous tools available to glorify the dynasties of the world and any number of great stories to tell that would fill people with pride and confidence in their royal houses and in their national history. It is no good waiting for others to do it for you. This is also something that has come up recently in Thailand as a Thai historical drama has come under criticism by the Burmese for how they are portrayed which is, in the context of virtually any story about the history of Siam, as the villains. This is silly and a waste of time. Years ago when the very well made but historically atrocious film “The Patriot” came out, I was quick to point out its flaws. However, even I, Tory at heart that I am, was rather annoyed by the criticism from the British about how they were portrayed in the film. Such criticism was certainly not unwarranted, I made it myself, but if you are British, you should not be counting on the Americans to tell your side of the story. There should, rather, have been a British film about the war in America in which the Americans were the “bad guys” and the British were the heroes. Likewise, Burma should not complain about how they are portrayed in Thai television, but make their own television drama showing their side of the story. 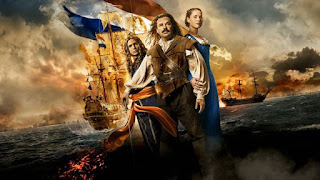 Naturally, there will be plenty of excuses as to why this is not possible. Usually it comes down to money and the complaint that no one can match the big budgets of Hollywood productions. I say, that is no excuse. The British Royal Family is not without means and royals on the continent might try asking the Prince of Liechtenstein for a loan. If the Dutch can make a quality historical drama about the republican naval hero Michiel De Ruyter, and they have, there is no reason why they cannot make just as quality a film about one of the Princes of Orange or any Dutch monarch. Where there is a will, there is a way and if the Kingdom of Thailand can do it, I see no reason why any other monarchy cannot do the same. I for one, would certainly like to see it.
Posted by MadMonarchist at 6:17 AM